In a seminar held at CERN (European Organization for Nuclear Research) today, the ATLAS and CMS, two Large Hadron Collider experiments, presented the status of their searches for the Standard Model Higgs boson,  a subatomic particle that, if it exists, is thought to be responsible for giving other particles mass. It’s no exaggeration to call it a keystone in quantum mechanics, and finding it for sure will be a huge accomplishment for particle physicists.

After a year of runs, both experiments see something that might be Higgs, but they’re not 100% sure. One sees something at about the 94% confidence level, the other at 98%. That’s pretty good, but it’s not enough to be completely sure. It seems likely they’ve found something, but it’s like a fuzzy picture: it looks like Higgs, but it still might be something else. 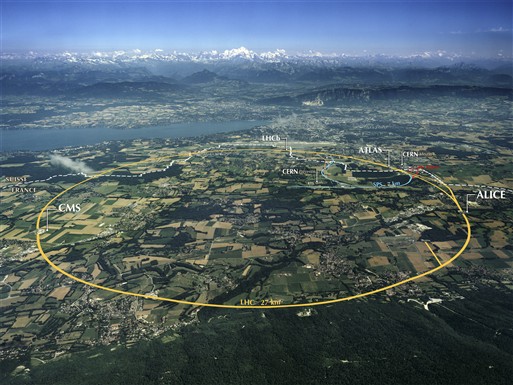 Their results today are based on the analysis of considerably more data than those presented at the summer conferences, sufficient to make significant progress in the search for the Higgs boson, but not enough to make any conclusive statement on the existence or non-existence of the elusive Higgs. The main conclusion is that the Standard Model Higgs boson, if it exists, is most likely to have a mass constrained to the range 116-130 GeV by the ATLAS experiment, and 115-127 GeV by CMS. (GeV = giga-electron volt). Tantalising hints have been seen by both experiments in this mass region, but these are not yet strong enough to claim a discovery.

Higgs bosons, if they exist, are very short lived and can decay in many different ways. Discovery relies on observing the particles they decay into rather than the Higgs itself. Both ATLAS and CMS have analysed several decay channels, and the experiments see small excesses in the low mass region that has not yet been excluded.

Whether ATLAS and CMS show over the coming months that the Standard Model Higgs boson exists or not, the LHC programme is opening the way to new physics.

Discovering the Higgs particle at the LHC would be a triumph, but showing that it doesn’t exist could be at least as exciting, perhaps heralding a revolution in our understanding of nature at a fundamental level. After two good years of operation at the LHC, the moment of truth is drawing near. By the end of the 2012 LHC run at the latest, we’ll know whether the simplest incarnation of the Higgs particle is real, or just a chimera. Whatever the case, many more years of research at the LHC will be needed to fully get to grips with the consequences. 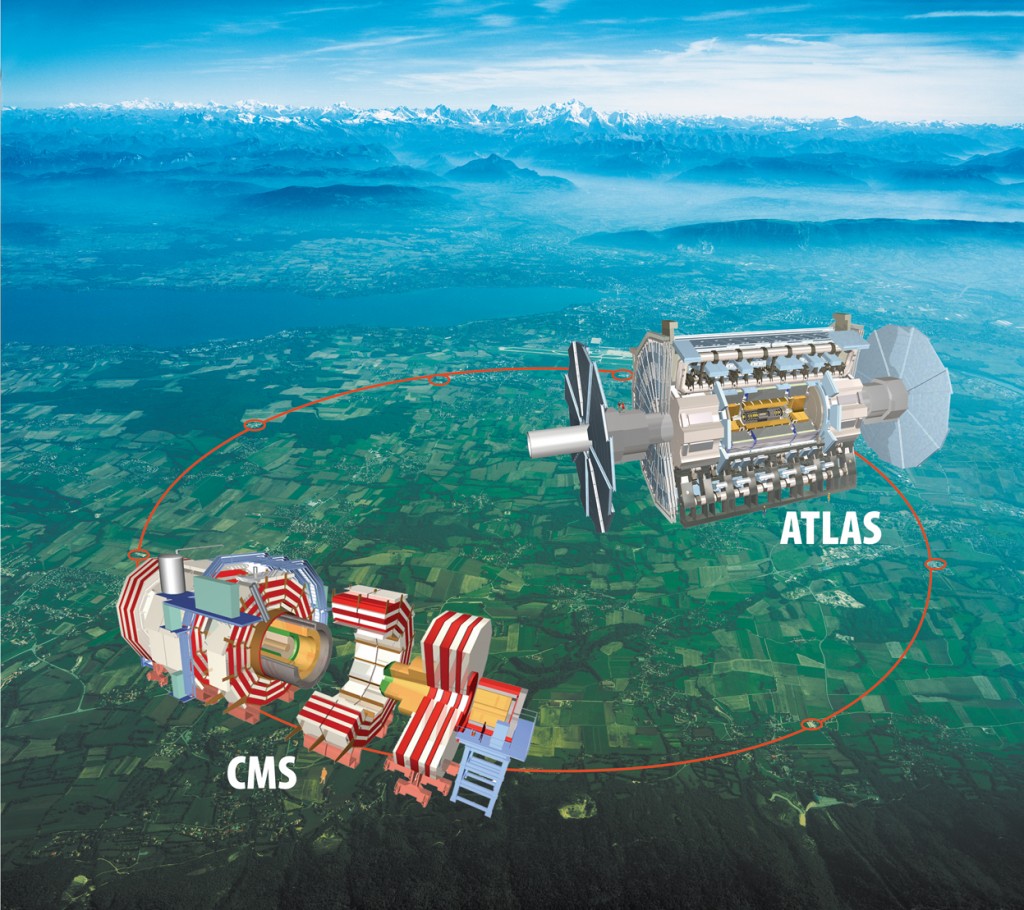 Finding the Higgs particle, or definitively ruling out its existence, is one of the top priorities for research at the LHC. The Higgs particle is associated with the simplest realization of a mechanism, proposed in the mid-1960s by Robert Brout, François Englert, Peter Higgs and others, which was put forward to explain why one of nature’s fundamental forces has a very short range, while another similar force has an infinite range. The forces in question are the electromagnetic force, which carries light to us from the stars, drives electricity around our homes, and gives structure to the atoms and molecules from which we are all made, and the weak force, which drives the energy generating processes of the stars.

Today we know that the electromagnetic force is carried by particles called photons, which have no mass, whereas the weak force is carried by particles called W and Z, which do have mass. Rather like people passing a ball, interacting particles exchange these force carriers. The heavier the ball, the shorter the distance it can be thrown; the heavier the force carrier, the shorter its range. The W and Z particles were discovered in a Nobel prize winning enterprise at CERN in the 1980s, but the mechanism that gives rise to their mass has not yet been experimentally identified, and that’s where the Higgs particle comes in.

So does it exist?

They don't know yet but they've narrowed down the mass range of the Higgs, and even see preliminary hints that it might exist.

"We have restricted the most likely mass region for the Higgs boson to 116-130 GeV, and over the last few weeks we have started to see an intriguing excess of events in the mass range around 125 GeV," explained ATLAS experiment spokesperson Fabiola Gianotti."This excess may be due to a fluctuation, but it could also be something more interesting. We cannot conclude anything at this stage. We need more study and more data. Given the outstanding performance of the LHC this year, we will not need to wait long for enough data and can look forward to resolving this puzzle in 2012."

"We cannot exclude the presence of the Standard Model Higgs between 115 and 127 GeV because of a modest excess of events in this mass region that appears, quite consistently, in five independent channels," explained CMS experiment Spokesperson, Guido Tonelli. "The excess is most compatible with a Standard Model Higgs in the vicinity of 124 GeV and below but the statistical significance is not large enough to say anything conclusive. As of today what we see is consistent either with a background fluctuation or with the presence of the boson. Refined analyses and additional data delivered in 2012 by this magnificent machine will definitely give an answer."

Over the coming months, both experiments will be further refining their analyses in time for the winter particle physics conferences in March. However, a definitive statement on the existence or non-existence of the Higgs will require more data, and is not likely until later in 2012. 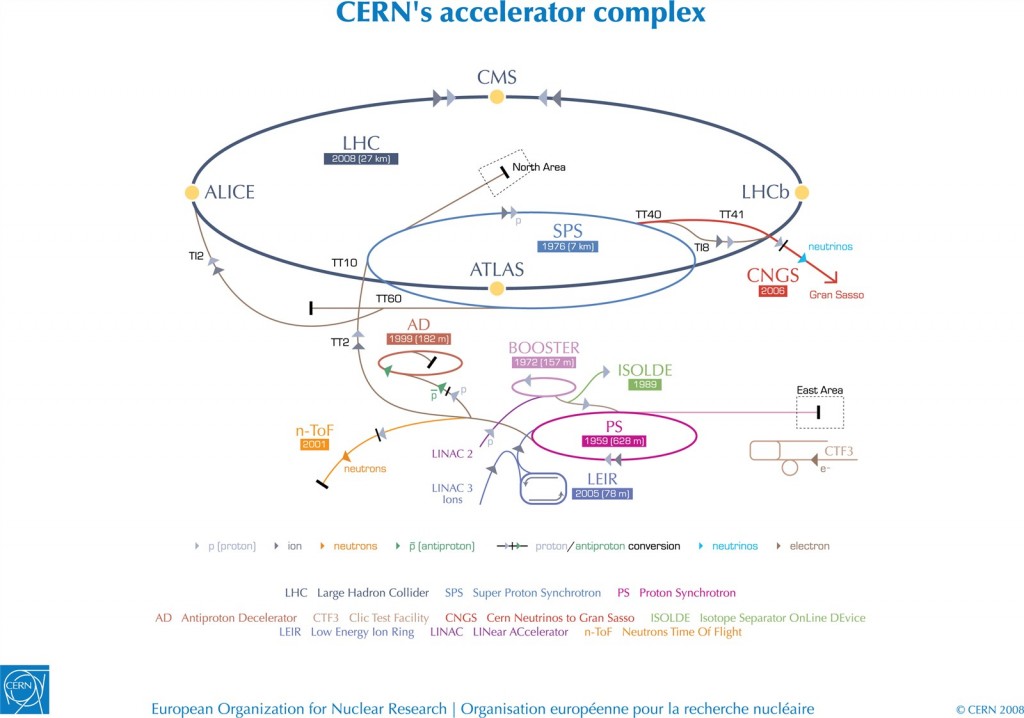 The Higgs boson has long been thought the key to resolving the mystery of the origin of mass. The Higgs boson is associated with a field, called the Higgs field, theorized to pervade the universe. As other particles travel though this field, they acquire mass much as swimmers moving through a pool get wet, the thinking goes.

The Standard Model is the reigning theory of particle physics that describes the universe's very small constituents.

Every particle predicted by the Standard Model has been discovered — except one: the Higgs boson.

"It's the missing piece in the Standard Model," said Jonas Strandberg, a researcher at CERN working on the ATLAS experiment. "So it would definitely be a confirmation that the theories we have now are right. If we don't