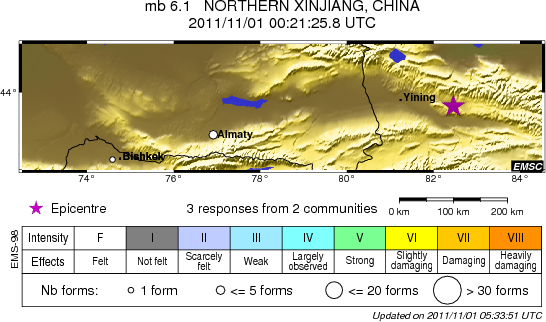 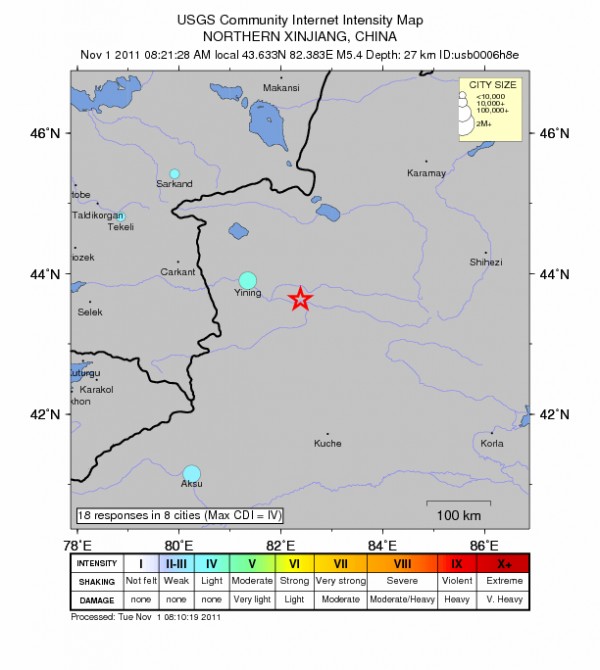 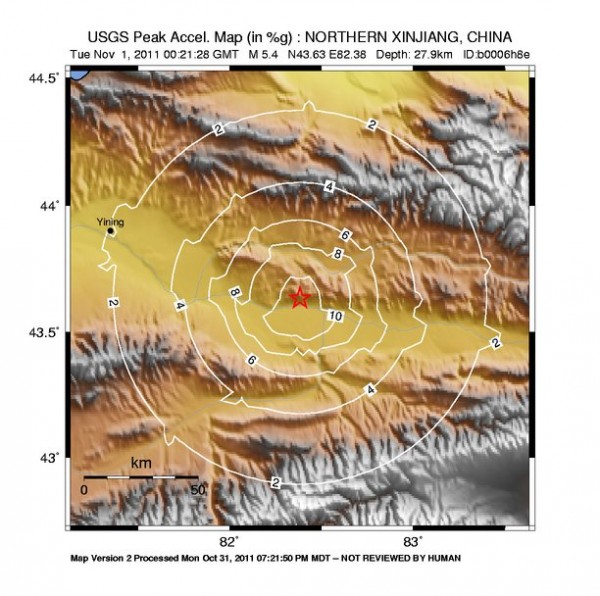 The preliminary epicenter location looks to be very close to Walixiang and Qinghuan. The preliminary magnitude of this Xinjiang earthquake has been set to 6.2 at a depth of 10 km . 92 km E Yining (pop 257,671)

A landslide has blocked a section of a highway, schools have been temporarily closed in the area. There was damage to agricultural facilities. (EarthquakeReport) 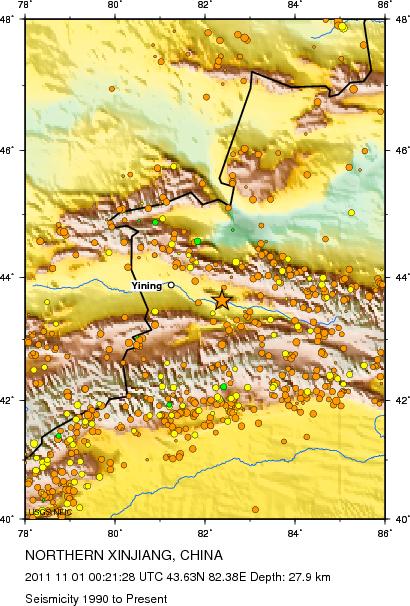 XinhuaNews Agency reports earthquake measuring 5.4 on the Richter scale located at the border area of Sichuan and Gansu provinces in western China at 5:58 a.m. Tuesday Beijing Time, according to the China Earthquake Networks Center.

All villages in Wenxian County with communication services have reported no casualties, said Liu Huiping, head of Zhongmiao Township in Wenxian. In a related development, another earthquake measuring 6.0 on the Richter scale jolted Kazak Autonomous Prefecture of Ili, northwest China’s Xinjiang Uygur Autonomous Region at 8:21 a.m. Tuesday Beijing Time. The epicenter, with a depth of 10 km, was monitored at about 43.6 degrees north latitude and 82.4 degrees east longitude, according to the China Earthquake Networks Center.