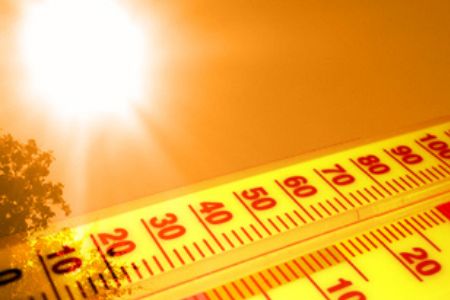 As the temperatures have risen across the United States this summer, weather records have fallen left and right. The horrible July heat wave, lasting weeks in some cities, the entire month in others, has affected nearly 200 million people at some point. 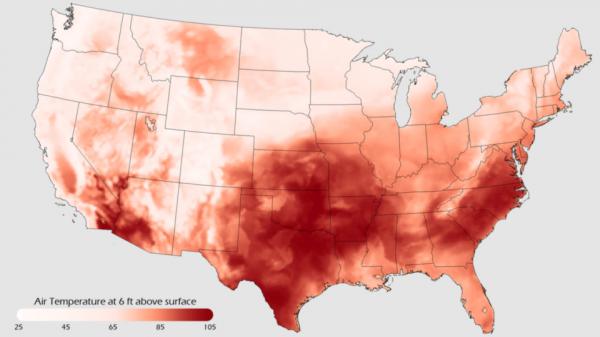 In Washington, D.C., Dulles International Airport recorded its highest July temperature of all time at 105 °F (40.6 °C), on July 22. On that same day, water in the nearby Potomac River was the hottest ever recorded at 96 °F (35.4 °C) (records go back only to 1988), reported the Capital Weather Gang blog.

Neither of those cities had it as bad as Morehead, Minn. On July 19, the heat index there — a measure of humidity and temperature that indicates how hot the weather feels — was 134 °F (56.7 °C), making it the hottest place on Earth for the day, said meteorologist Heidi Cullen, of Climate Central. (The National Weather Service later said this reading could be an anomaly due to the local weather station's location in a very wet field, and not representative of the entire town.)

Sweaty days were not the only thing remarkable about the July heat wave. The heat wave's calling card was the scant relief after sunset. For July, 3,290 records were broken for daily highest minimum temperature, according to the NCDC.

Record high days, followed by record high lows overnight, continued for days, even weeks in some places. For many in the drought-stricken south-central part of the country, the heat hasn't relented.

Fort Smith, Ark., set a record for consecutive 100-degree days with 24 at or above that temperature through July 28, according to the National Weather Service.

Those records are not close to the worst heat wave of all time, however. That record is claimed by Marble Bar, Australia. From October 31, 1923, to April 7, 1924 (summer in the Southern Hemisphere), the tiny town scorched with 160 consecutive days above 100 °F (37.7 °C), according to the Australia's Bureau of Meteorology. In the United States, Death Valley has come close to Marble Bar's record, with 154 consecutive days of at least 100 °F, in 2001.