A record-breaking heat wave wrapped large portion of the US Southwest and parts of California over the last couple of days. Numerous new temperature records have been set in San Diego County alone while the hot and dry conditions fueled spreading of several wildfires across the affected areas. At least 4 people died due to heat-related conditions in Southern California only.

Scorching conditions resulted from a large high-pressure system, extending all the way from the Texas plains to the far western California. The so-called 'heat dome' weather system, which happens when the hot air, capped by the upper atmosphere, returns to the surface, can cause scorching heat conditions, according to Rache Aissem, a CNN Meteorologist. 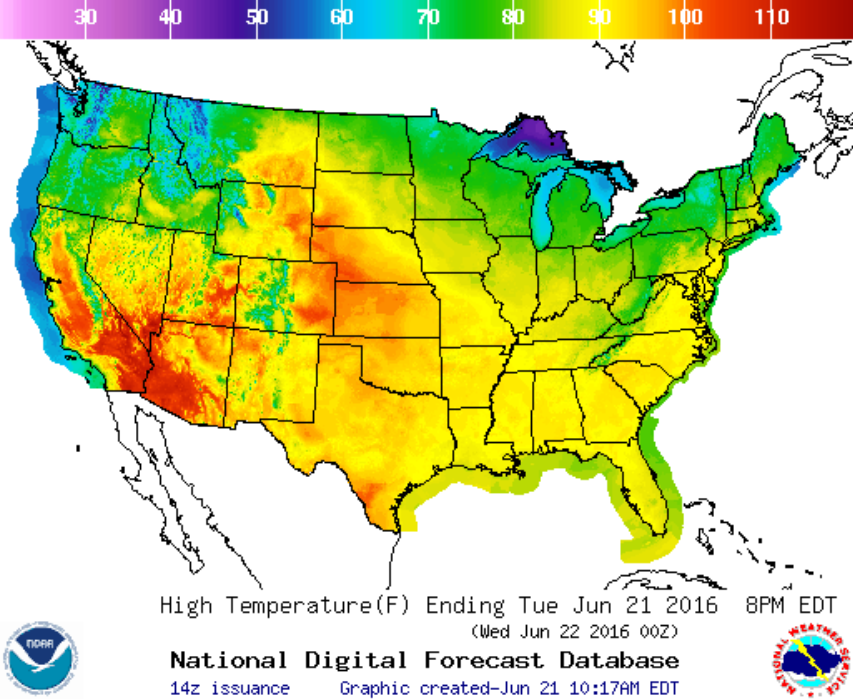 Excessive heat warnings have been issued across the Southwest and southern California while several temperature records were tumbled.

“The past two years were the warmest on record in California, but this is still unusual for June. It only happens about once every 10 years. We usually don’t get heat like this until August or September. And it comes when we’re in a drought, and the moisture in vegetation is much drier than it normally is,” said Alex Tardy, a forecaster at the National Weather Service.

Several intense wildfires were fueled across the Southwest on June 21, following several consecutive days of hot and dry conditions.

On June 20, another wildfire, named the Reservoir Fire, started in the San Gabirel Canyon, California, and has already burned down at least 1 500 acres. The Fish Fire, which started in Fish Canyon, scorched 3 000 acres and had not been contained so far. About 700 firefighters are currently fighting the two blazes.

Residents of the San Diego and Santa Barbara County were ordered to evacuate.

Six people were reported dead in Arizona, five in Phoenix, and three near Tucson over the weekend of June 18.

Power grid operators in California warned residents to conserve electricity as much as possible and wait until the evening hours to turn on major electric appliances, due to severely overloaded power network.

According to the forecasters, the temperatures have started to drop to more bearable values, as of June 21. However, residents are encouraged to take all the heat precautions, nevertheless.