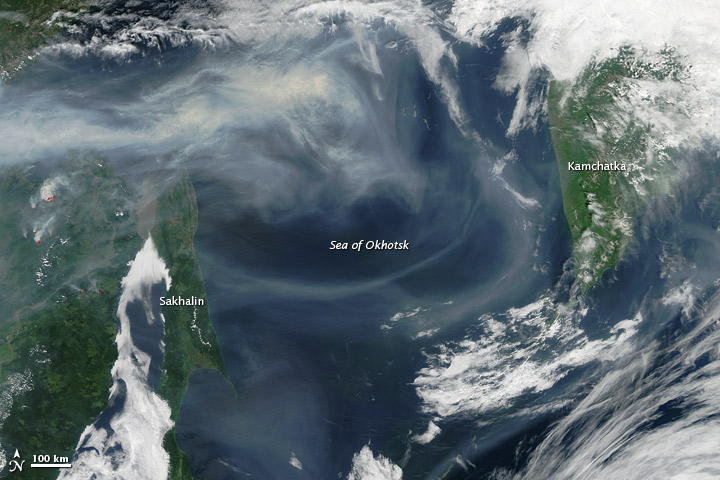 Smoke from wildfires streamed across the Sea of Okhotsk in late July 2011. The Moderate Resolution Imaging Spectroradiometer (MODIS) on NASA’s Aqua satellite captured this natural-color image on July 27, 2011. 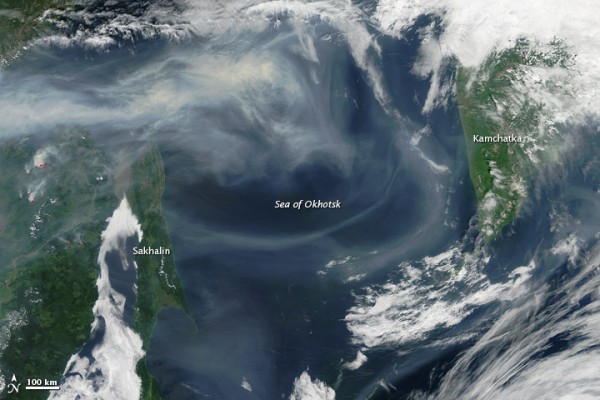 Nearly 120 fires were burning in the Russian Federation as of July 28, 2011, according to EMERCOM of Russia. Nineteen of those blazes were in the Far Eastern Federal District.

Marked by tiny red dots, some actively burning fires appear just west of Sakhalin in this image, and those fires produce heavy smoke. The thick river of smoke that blows over the Sea of Okhotsk, however, appears to have originated farther west.

An expanded version of this image is available through the MODIS Rapid Response System.

Fire situation on the territory of the Russian Federation (EMERCOM)

115 hotbeds of wildfires with the total area 2 904.7 hectares have been registered in the Russian Federation within twenty four hours. 124 hotbeds with the area of 3 564.18 ha have been extinguished. 183 hotbeds, including those emerged earlier and 27 large ones continue burning, the area of active burning is 999.41 ha, 19 887.84 ha has been contained.

Within the 24 past hours 124 hotbeds of wildfires with the total area of 3 564.18 hectares were extinguished, including 69 with the area of 480.85 ha extinguished on the day of detection.

There are 126 uncontrolled undergrowth burning sites and 4 hotbeds of waste burning on the territory of the Russian Federation. 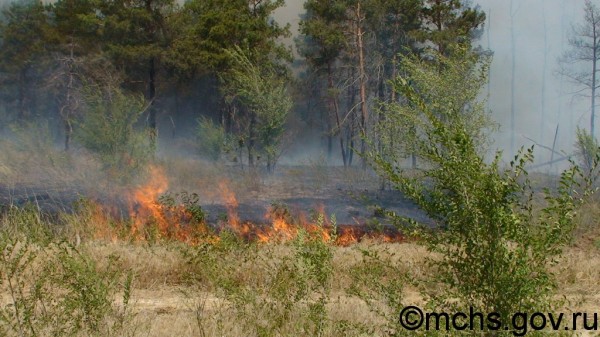