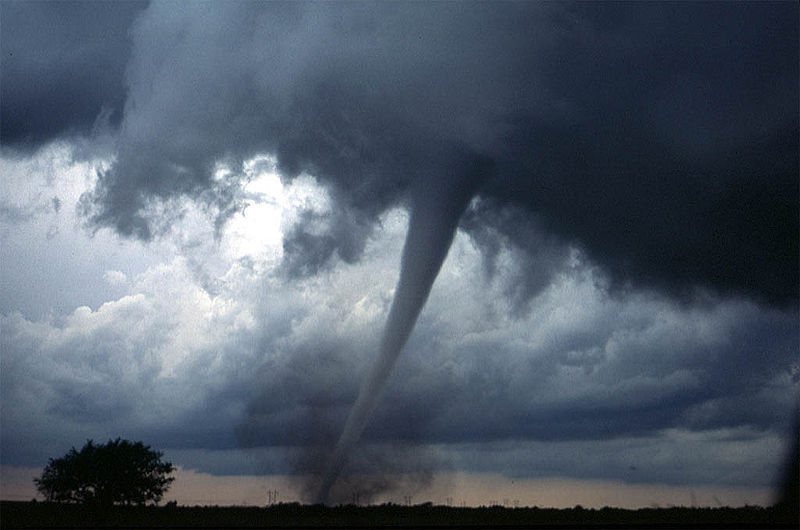 The unusually large number of severe tornadoes this year may be a sign of large-scale changes in the jet stream. When the events happen frequently such as the destruction of Joplin, Mo., the outbreak of multiple tornadoes in Alabama, and the northeast outbreak in Massachusetts, it becomes a warning that there are changes afoot in the jet stream.

The jet stream in the upper atmosphere flows from west to east and tends to meander over the southern states during the winter and the northern states in the summer. Tornadoes tend to strike most during the spring and fall shifts of the jet stream. For a tornado to occur in the Great Plains, humid air from the Gulf of Mexico must combine with the right jet stream patterns. Uplift from the jet stream helps create towering thunderstorm clouds. 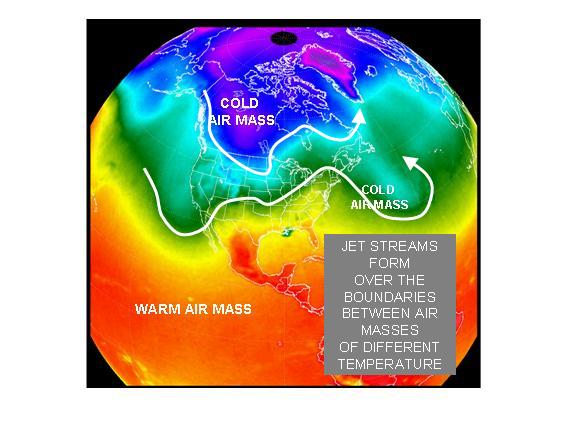 Scientist use observations of the jet stream to predict the likelihood of tornadoes, though they can't predict specifically when or where they will hit. (DiscoveryNews)

Jet streams are fast flowing, narrow air currents found in the atmospheres of some planets, including Earth. The main jet streams are located near the tropopause, the transition between the troposphere (where temperature decreases with altitude) and the stratosphere (where temperature increases with altitude). <1 > The major jet streams on Earth are westerly winds (flowing west to east). Their paths typically have a meandering shape; jet streams may start, stop, split into two or more parts, combine into one stream, or flow in various directions including the opposite direction of most of the jet.

Jet streams are caused by a combination of a planet's rotation on its axis and atmospheric heating (by solar radiation and, on some planets other than Earth, internal heat). The Coriolis effect describes how a planet's surface and atmosphere rotate fastest at the planet's equator while virtually not rotating at all at the poles. Jet streams form near boundaries of adjacent air masses with significant differences in temperature, such as the polar region and the warmer air towards the equator. 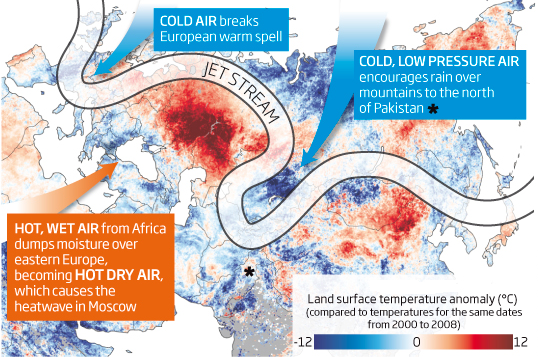 Meteorologists use the location of some of the jet streams as an aid in weather forecasting. The main commercial relevance of the jet streams is in air travel, as flight time can be dramatically affected by either flying with the flow or against the flow of a jet stream. Clear-air turbulence, a potential hazard to aircraft passenger safety, often is found in a jet stream's vicinity. One future benefit of jet streams could be to power airborne wind turbines.

Other jets also exist. During the northern hemisphere summer, easterly jets can form in tropical regions, typically in a region where dry air encounters more humid air at high altitudes. Low-level jets also are typical of various regions such as the central United States. (Wikipedia) 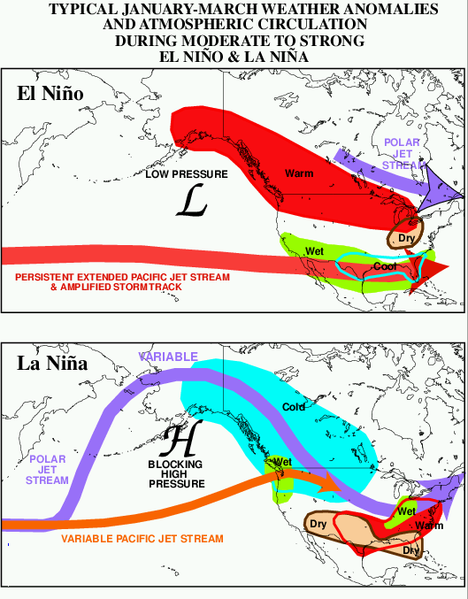