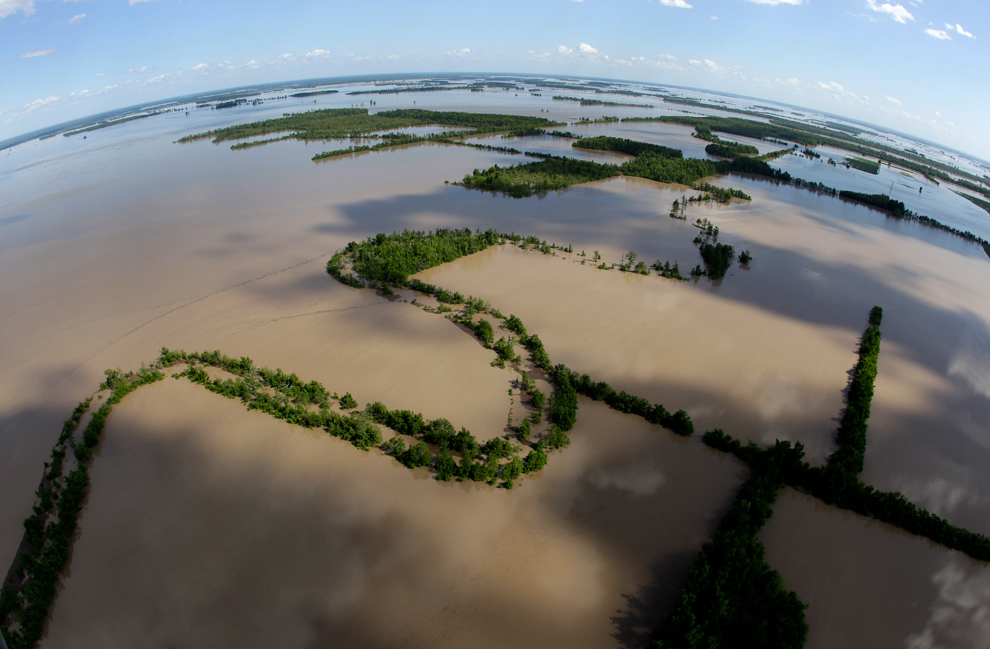 After weeks of intense rainfall, the water level is breaking records across Mississippi. In Natchez, Miss., the water now stands at 58.3 feet, shattering the 1937 watermark of 53.04 feet. And the National Weather Service says that the flooding is just getting started.

The river is slowly spreading across millions of acres of farmlands that contain pesticides, fertilizers and other chemicals. The sheer amount of water is diluting the concentration of these toxic chemicals, but the Mississippi State Department of Health still note that the water could carry disease, especially tetanus.

Increased levels of E. coli are also of concern, because the bacteria can be an indicator for harmful pathogens that may cause illness. The Tennessee Department of Environment and Conservation is monitoring the levels weekly. So far, the agency has found that the state’s lakes do not have dangerously elevated concentrations of E. coli, except in Cypress Creek, which has a history of pollution.

The long-term environmental impacts of the flooding are more unpredictable, both for the region and its citizens. The stream of river water pouring into the Gulf of Mexico is filled with nitrogen and phosphorus pollutants, and scientists are concerned that the increased concentration of these mineral nutrients in the Gulf could contribute to the growing ecological disturbance known as “the dead zone.” 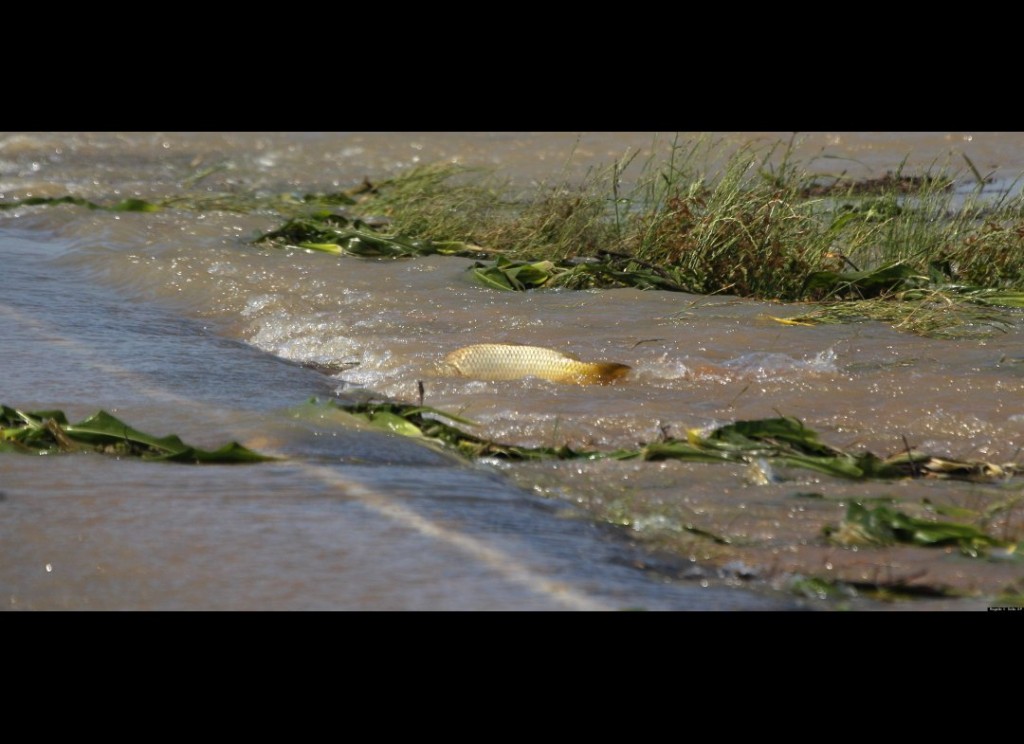 The dead zone is a lifeless band of ocean water off the coast, larger than the state of Massachusetts, in which shrimp and fish are unable to survive due to the lack of available oxygen in the water. Scientists expect that historic amounts of water cascading down the Mississippi this spring could lead to one of the largest-ever dead zones this summer, which could stretch the already massive area all the way to the Texas coast.

Because the dead zone leaves a vast swath of the water off the Louisiana coast uninhabitable for fish and other sea life, it has a direct impact on local fisheries. Shrimpers are hit hard in particular, because the dead zone has the largest effect on bottom feeders like shrimp and other crustaceans. 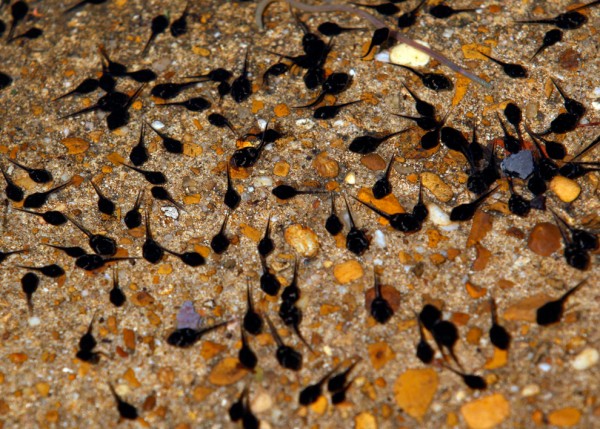 Floods increase encounters with dangerous animals, insects
Snakes and mice or rats are just like people; they will seek shelter from a storm. If they are in flowing water and encounter a tree or structure, they’ll likely climb up for a dry spot. If they find a house, they may go up to an open area under the eaves. Maily said the real danger may come after the water recedes.

Snakes and other wildlife may hide under bookcases, in closets or near piles of debris. However, snakes and rodents aren’t people’s only concern. 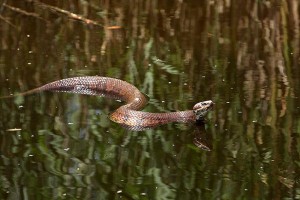 There’s also the likelihood that Mid-Southerners will see an increased number of insects. Insects such as flies and mosquitoes can multiply at alarming rates after torrential rains, so people should be aggressive in removing standing puddles and containers filled with water.

People also need to be on the lookout for balls of fire ants floating through floodwaters. The ants will form a ball around their queen to protect her during floods. That massive ant ball can travel inside homes and other areas.

The corps could open the Morganza floodway north of Baton Rouge as early as this weekend, a move that would relieve pressure on the city’s levee system.

Opening the spillway gates for the first time in 38 years will unleash the Mississippi on a wild ride south to the Gulf of Mexico through the Atchafalaya River and divert floodwater from the river into the basin’s swamplands, backwater lakes and bayous. Several thousand homes would be at risk of flooding.

If the corps gets permission to open half of Morganza’s 125 gates, water from the Mississippi is expected to arrive in Butte LaRose in about one day. Within three days, it would reach Morgan City, a community of about 12,000.

Morgan City Mayor Timothy Matte said the main floodwalls should be able to handle the river’s frontal attack, but he was less certain about the back levees that protect the city from floodwaters that collect in lakes north of town. The waters could reach within a foot of the top of those levees. (HuffingtonPost) 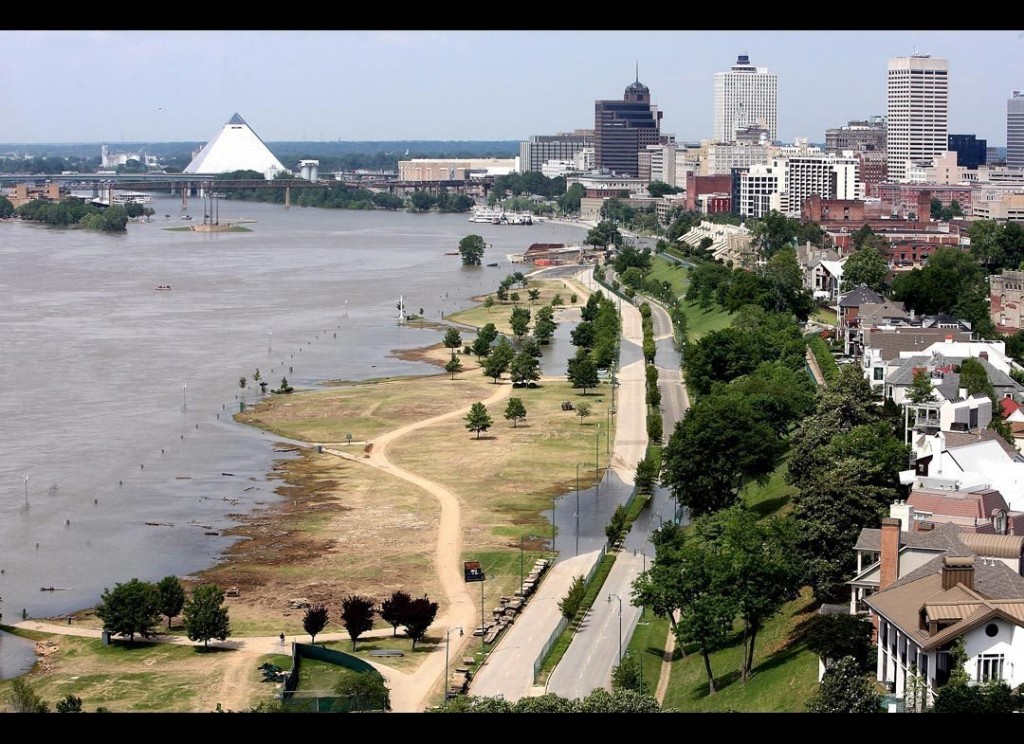 Floodwaters rise in the poverty-stricken Delta

Floodwaters from the bloated Mississippi River and its tributaries spilled across farm fields, cut off churches, washed over roads and forced people from their homes Wednesday in the Mississippi Delta, a poverty-stricken region only a generation or two removed from sharecropping days.

People used boats to navigate flooded streets as the crest rolled slowly downstream, bringing misery to poor, low-lying communities. Hundreds have left their homes in the Delta in the past several days as the water rose toward some of the highest levels on record.

The flood crest is expected to push past the Delta by late next week. 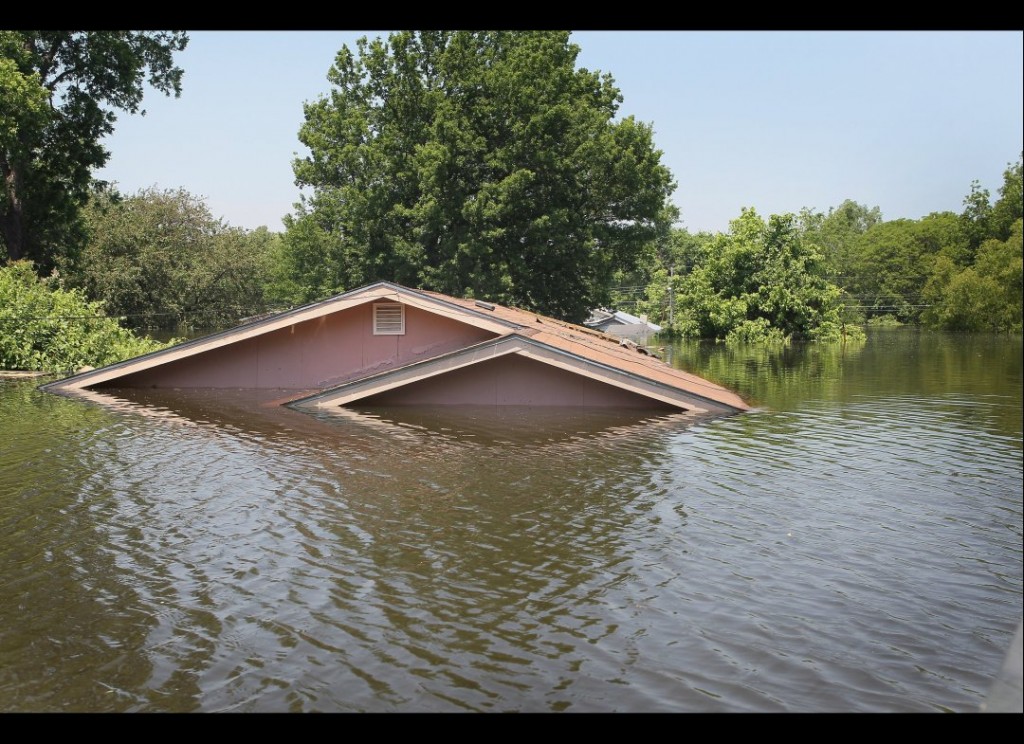 The Mississippi Delta, with a population of about 465,000, is a leaf-shaped expanse of rich soil between the Mississippi and Yazoo Rivers, extending about 200 miles from Memphis, Tenn., to Vicksburg, Miss. Along the way are towns whose names are familiar to Civil War buffs, aficionados of the blues, and scholars of the civil rights era: Clarksdale, Greenwood, Greenville and Yazoo City.

While some farms in the cotton-, rice- and corn-growing Delta are prosperous, there is also grinding poverty. Nine of the 11 counties that touch the Mississippi River in Mississippi have poverty rates at least double the national average of 13.5 percent, according to the U.S. Census Bureau.

The governor said the state is asking local officials to get in touch with people who might have no electricity and phones and thus no way to get word of the flooding.

Swollen by weeks of heavy rain and snowmelt, the Mississippi has been breaking high-water records that have stood since the 1920s and ’30s. It is projected to crest at Vicksburg on May 19 and shatter the mark set there during the cataclysmic Great Flood of 1927. The crest is expected to reach New Orleans on May 23.

Even after the peak passes, water levels will remain high for weeks, and it could take months for flooded homes to dry out.

About 600,000 acres of cultivated row crops could flood, mainly winter wheat, corn, soybeans, cotton and rice, said Andy Prosser, spokesman with the Mississippi Department of Agriculture. Even if the levees hold, the state expects to lose $150 million to $200 million worth of crops, the governor said. Mississippi’s catfish farmers could also be wiped out if the Yazoo floods their ponds and washes away their fish.

Many of the victims of the slowly unfolding disaster are poor people living perilously close to the water.

Louisiana officials were awaiting an Army Corps of Engineers decision on whether to open the Morganza spillway to take the pressure off the levees protecting Baton Rouge and, downstream, New Orleans and the many oil refineries in between.

Corps spokeswomen Rachel Rodi said daily inspections are being made on all levees along the Mississippi and Atchafalaya rivers, and so far no major problems have been spotted. (AP/WMCTV)

The great Mississippi River flood of 2011, cresting south of Memphis today, carries a mix of fertilizer, oil, pesticides, trash and farm runoff as it flows toward the Gulf of Mexico, say public health officials.

Some of it is nasty stuff, and officials say people are wise to be careful. They urge people not to touch the water unless they’re wearing rubber boots and gloves, and wash thoroughly if they get wet. 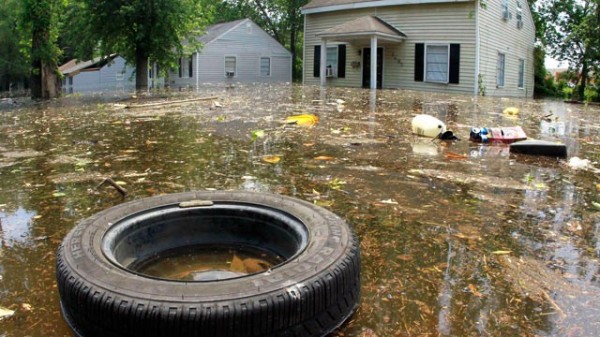 
Miss. town could be wiped off map by flood