Catastrophic and life-threatening flooding is occurring in parts of the northern Gulf Coast and more than 500 000 customers are without power in Alabama and Florida, as of 14:20 UTC.

Sally is an extremely dangerous slow-moving hurricane, able to deliver flooding of historic proportions through the end of the week.

Life-threatening conditions and significant damage reports are coming in from Orange Beach, Alabama, just 11 km (7 miles) E of Gulf Shores, and other nearby towns.

On the forecast track, the center of Sally will move across the extreme western Florida panhandle and southeastern Alabama through early Thursday, and move over central Georgia Thursday afternoon through Thursday night. 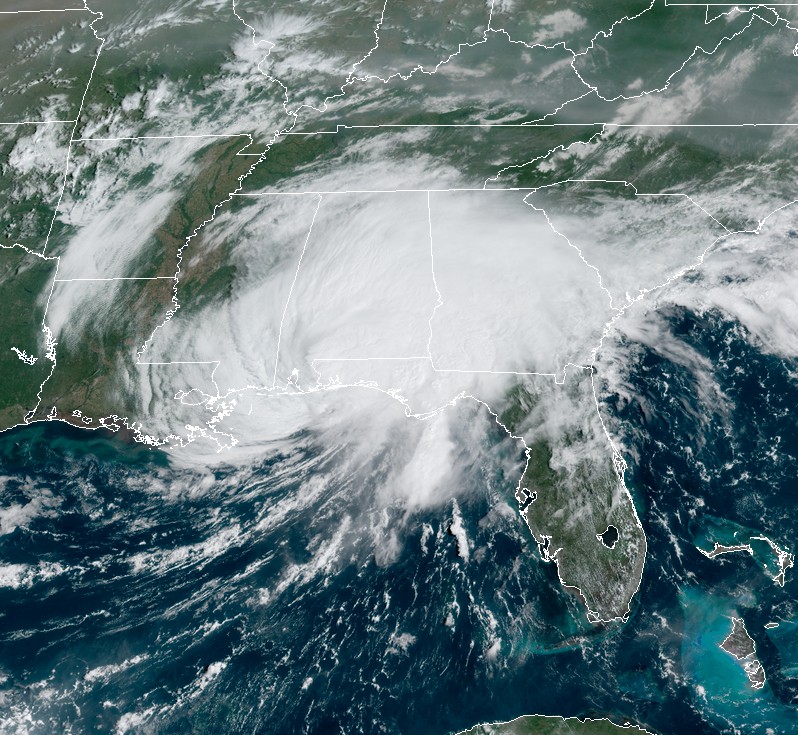 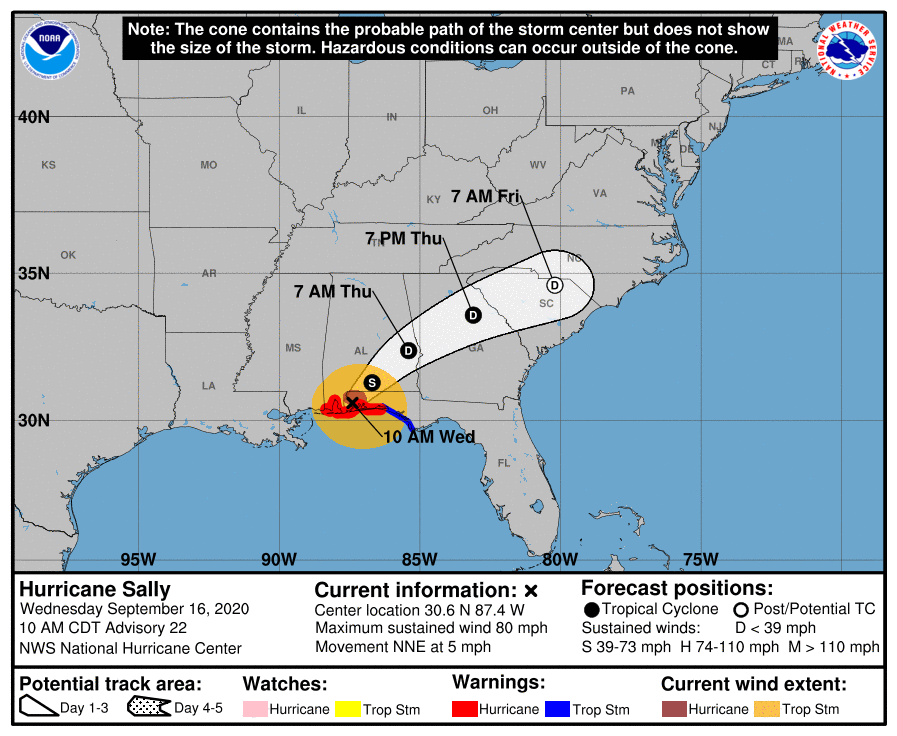 Historic and catastrophic flooding is unfolding along and just inland of the coast from west of Tallahassee, Florida, to Mobile Bay, Alabama, NHC said.

In addition, widespread moderate to major river flooding is forecast.

Significant flash and urban flooding, as well as widespread minor to moderate river flooding, is likely across inland portions Alabama into central Georgia.

Widespread flash and urban flooding is possible, as well as widespread minor to moderate river flooding, across western South Carolina into western and central North Carolina.

Life-threatening storm surge is occurring along portions of the coastline from Alabama to the western Florida Panhandle, including Pensacola Bay and southern portions of Mobile Bay.

Hurricane conditions are expected this morning and then continue into this afternoon within portions of the Hurricane Warning area along the Mississippi and Alabama coastlines and the western Florida Panhandle.