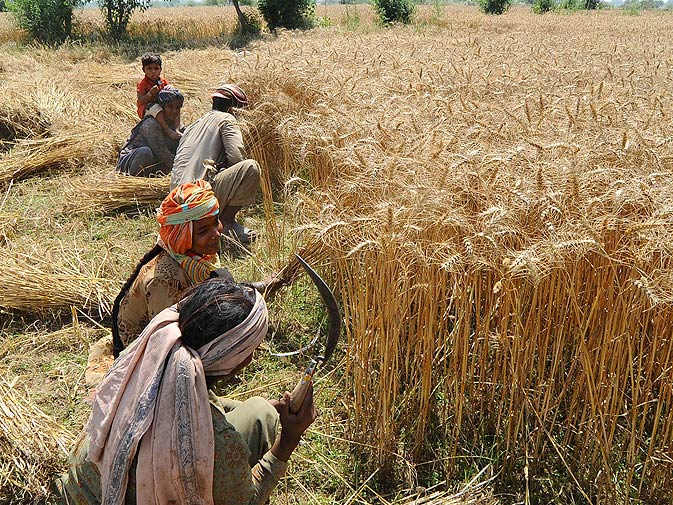 ICARDA and  GlobalRust researchers meeting at a scientific conference in Aleppo this week reported that aggressive new strains of wheat rust diseases – called stem rust and stripe rust – have decimated up to 40% of farmers’ wheat fields in recent harvests. Areas affected are North Africa, the Middle East, Central Asia and the Caucuses, including Syria, Egypt, Yemen, Turkey, Iran, Uzbekistan, Morocco, Ethiopia, and Kenya.

“These epidemics increase the price of food and pose a real threat to rural livelihoods and regional food security,” said Mahmoud Solh, Director General of the International Center for Agricultural Research in the Dry Areas (ICARDA).

In most of the countries in Africa, the Middle East, and Central Asia and the Caucuses, where wheat can contribute more than 40% of people’s food calories and 20% of the protein, the epidemics cause economic hardship for farmers and their families.

More than 100 scientists and policymakers from 31 countries are meeting at the International Wheat Stripe Rust Symposium 18-20 April at ICARDA, in Aleppo, Syria, to discuss strategies for wheat rust surveillance and monitoring, development of rust-resistant wheat varieties, and crop diversity strategies to slow the progress of rust across large areas of Africa, the Middle East and Asia.

“Some of the countries affected by rust epidemics have invested very little in agricultural research and development,” said Hans Braun, director of the Global Wheat Program at the International Maize and Wheat Improvement Center (CIMMYT) in Mexico. At the meeting, he challenged policymakers to recognize the link between scientific research and food security and to invest more heavily in agricultural research.

Climate change, in terms of rising temperatures, and the timing and increasing variability of rainfall, is contributing to the spread and severity of rust diseases. Emerging races of rust are showing adaptations to extreme temperatures not seen before. Scientists around the globe are working on monitoring and surveillance of stem rust and stripe rust to insure rapid detection and reporting so farmers, policymakers, and agricultural research centers can respond more quickly to initial outbreaks.

“To combat the problem of wheat rusts, farmers in these regions need to adopt new varieties of wheat that have durable resistance to both stem and stripe rust,” said Ronnie Coffman, vice chair of the Borlaug Global Rust Initiative. 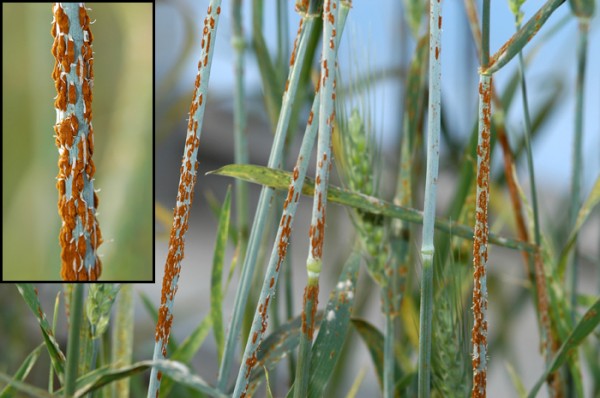 New rust resistant varieties are in the pipeline at international and national agricultural research centers. Breeders are selecting for other important characteristics including improved yield performance, drought tolerance, and regional suitability.

In most cases, the bottleneck to getting resistant varieties into the field in time to protect local harvests is local capacity and the ability of national programs to rapidly multiply seeds and deliver them to market. Improving country capacity requires long-term planning, funding, and getting farmers involved earlier in the variety selection process.

“There is need for enhancing in-country capacity of the breeding, seed and extension systems to continuously ensure that new, highly productive and genetically diverse resistant varieties are available and accepted by farmers to meet the challenges of changing rust virulence,” said Wafa El Khoury, coordinator of the Wheat Rust Disease Global Program at the Food and Agricultural Organization (FAO).

“Coordination and timely information sharing among all the stakeholders-from surveillance and plant protection officers, to wheat breeders, seed system and extension agents, and farmers-is key.” (SeedDaily)