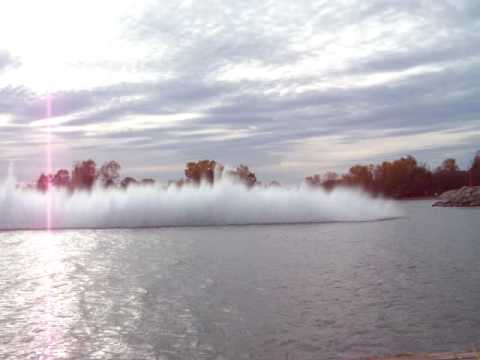 The unusual flooding of Morjim and Baga beaches showed signs of respite on Thursday, but a tsunami expert said it may have been caused by a meteotsunami on the lines of a similar phenomenon in Kerala during the past decade.

There were no strange meteorological disturbances seen on the state's coastline. There was no depression in atmospheric pressure nor was the wind abnormally strong, though it blew in gusts and may have contributed partly to the flooding.

It appears that a wave from a storm far in the sea traveled a long distance to the state's coast. A similar phenomenon, which local people in Kerala mistakenly thought was a tsunami, had hit the southern state's Poonthura coast in May 2005, April 2007 and February 2008. Referred to as 'kallakkadal' (literally sea surges in unnoticed like a thief) by Kerala fishermen, the flooding of the coast that followed has been documented in international journals. The impact of flooding is more intense when it occurs on supermoon spring tides.

The water level rose seven meters on Tuesday, five meters on Wednesday but only three meters on Thursday. Though the impact and destruction caused by geophysical tsunamis has evoked fear globally, the impact of meteotsunamis is lesser known, yet they can cause havoc on a smaller scale in fewer locations. The flooding events and detailed accounts of meteotsunamis in the world has been provided by NIO scientist Anthony Joseph in his book, "Tsunamis: Detection, monitoring and early-warning technologies", published in February 2011.

The atmospherically generated ocean waves, whose origin remains shrouded in mystery, have been observed in recent sea-level records from coasts, among others, of the Adriatic Sea, English Channel, and Washington (USA) and notoriously in several locations in the Mediterranean Sea.  Meteo-tsunamis some times closely resemble rogue waves, freak waves, or giant waves. The sea enters land without any meteorological disturbances and no warning signs. (TimesOfIndia)

Shallow water gravity wave caused by motion of atmospheric disturbances increases its amplitude through energy transfer enabled by the Proudman resonance. The waveform signals get further amplified reaching the funnel shaped port basin. If the incoming wave group contains frequencies close to the port's eigen frequencies the resonance with a further increase of wave amplitude is likely to occur.