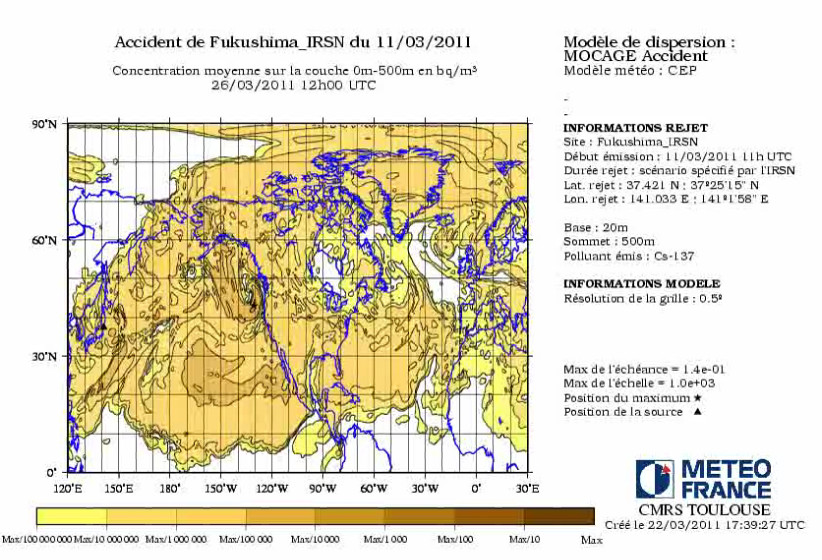 Physicians for Social Responsibility (PSR) expressed concern over recent reports that radioactivity from the ongoing Fukushima accident is present in the Japanese food supply. While all food contains radionuclides, whether from natural sources, nuclear testing or otherwise, the increased levels found in Japanese spinach and milk pose health risks to the population. PSR also expressed alarm over the level of misinformation circulating in press reports about the degree to which radiation exposure can be considered “safe.”

According to the National Academy of Sciences, there are no safe doses of radiation. Decades of research show clearly that any dose of radiation increases an individual’s risk for the development of cancer.

“There is no safe level of radionuclide exposure, whether from food, water or other sources. Period,” said Jeff Patterson, DO, immediate past president of Physicians for Social Responsibility. “Exposure to radionuclides, such as iodine-131 and cesium-137, increases the incidence of cancer. For this reason, every effort must be taken to minimize the radionuclide content in food and water.”

“Consuming food containing radionuclides is particularly dangerous. If an individual ingests or inhales a radioactive particle, it continues to irradiate the body as long as it remains radioactive and stays in the body,”said Alan H. Lockwood, MD, a member of the Board of Physicians for Social Responsibility. “The Japanese government should ban the sale of foods that contain radioactivity levels above pre-disaster levels and continue to monitor food and water broadly in the area. In addition, the FDA and EPA must enforce existing regulations and guidelines that address radionuclide content in our food supply here at home.”

Even if the risk of getting cancer for one individual from a given level of food contamination is low, if thousands or millions of people are exposed, then some of those people will get cancer.

Recent reports indicate the Japanese disaster has released more iodine-131 than cesium-137. Iodine-131 accumulates in the thyroid, especially of children, with a half-life of over 8 days compared to cesium-137, which has a half-life of just over 30 years. Regardless of the shorter half-life, doses of iodine-131 are extremely dangerous, especially to pregnant women and children, and can lead to incidents of cancer, hypothyroidism, mental retardation and thyroid deficiency, among other conditions.

“Children are much more susceptible to the effects of radiation, and stand a much greater chance of developing cancer than adults,” said Dr. Andrew Kanter, president-elect of PSR’s Board. “So it is particularly dangerous when they consume radioactive food or water.”

All food contains some radioactivity as a result of natural sources, but also from prior above-ground nuclear testing, the Chernobyl accident, and releases from nuclear reactors and from weapons facilities. The factors that will affect the radioactivity in food after the Fukushima accident are complicated. These include the radionuclides that the nuclear reactor emits, weather patterns that control the wind direction and where the radionuclides are deposited, characteristics of the soil (e.g., clays bind nuclides, sand does not) and the nature of the food(leafy plants like spinach are more likely to be contaminated than other plants like rice that have husks, etc.).However, radiation can be concentrated many times in the food chain and any consumption adds to the cumulative risk of cancer and other diseases.

“Reports indicate that the total radioactive releases from the Fukushima reactor have been relatively small so far. If this is the case, then the health effects to the overall population will be correspondingly small,” said Ira Helfand, MD, a member of the Board of Physicians for Social Responsibility. “But it is not true to say that it is “safe” to release this much radiation; some people will get cancer and die as a result.”

About Physicians For Social Responsibility(PSR)

Founded in 1961 by physicians concerned about the impact of nuclear proliferation, PSR shared the 1985 Nobel Peace Prize with International Physicians for the Prevention of Nuclear War for building public pressure to end the nuclear arms race. Since 1991, when PSR formally expanded its work by creating its environment and health program, PSR has addressed the issues of global warming and the toxic degradation of our environment. PSR educates and advocates for policies to curb global warming, ensure clean air, generate a sustainable energy future, prevent human exposures to toxic substances, and minimize toxic pollution of air, food, and drinking water. More information is available at www.psr.org

Check out how nuclear radiation is spreading around the world.