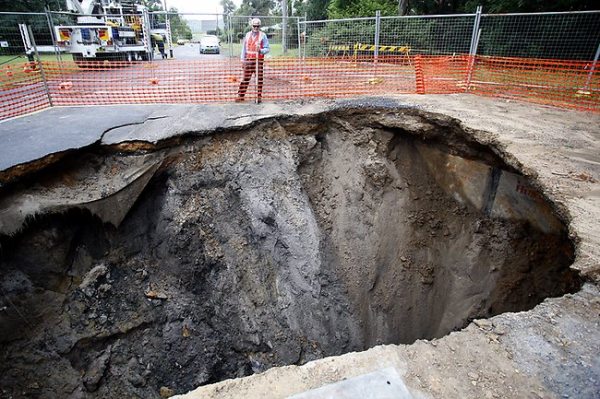 Dozens of people were evacuated after flash flooding swept through the Illawarra, in New South Wales cutting major roads, crippling public transport and claiming the life of a man who was washed into a storm water drain.
In Gosford, a giant sinkhole tore open a suburban street after heavy rain infiltrated a sewer main, causing it to fail.The hole first opened up on Sunday afternoon, gradually widening to become an 8m-wide, 6m-deep chasm by yesterday afternoon. SES controller Rolf Garda said it "was the most amazing thing I have seen".

"When I got there it was about 2m square and no one knew what to do so I called our guys, the council and local police," he said. "When I left about a half an hour later it had grown to 5m by 5m. It was just slumping in on itself." (news.com.au)

ABC talks about a 12 metre-long, 6 metre-deep sinkhole on Coburg Street, just outside the central coast town on March 21, 2011. The Council says the hole was caused by a faulty sewer main.

The City of Greater Sudbury advises motorists that Paris Street is closed between Boland Avenue and York Street due to a “major water main break” on March 20. Residents in the South End of the city may experience discolored water as a result of the water main break. The city advises residents to check for water for clarity prior to starting laundry or dishwashers.Excess sediments can be cleared by running a cold water tap, preferably one which is closed to a downstairs water meter, until the water runs clear. 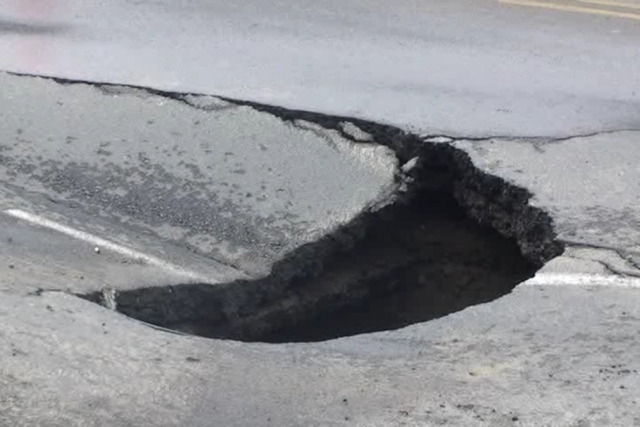 Crews are working to fix a large sinkhole that opened up Saturday night in Claiborne County. The the hole is 3 by 3 meter wide and 3,5 meter deep. It opened in the northbound lane of Highway 25 E two miles outside of Tazwell. One northbound lane is closed, traffic is being directed around it.TDOT is working on the scene. They do not know when the road will be fixed. 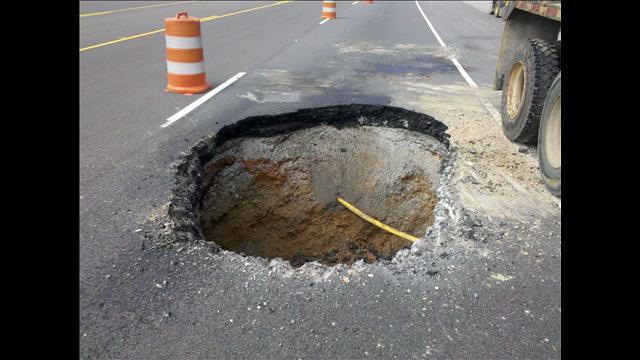 A southwest Omaha road that nearly swallowed a truck this week is starting to get filled by public works crews. It seems like the hole goes on forever.The road collapsed as a dump truck passed by. City crews, after figuring out. Three cement truck fill the gaps and another truck is needed on Friday. So why did the road collapse? The city believes that a 2-and-a-half inch irrigation line under the road had sprung a leak and slowly undermined the road. The irrigation line was used to water the common areas of the neighborhood on both sides of the road. 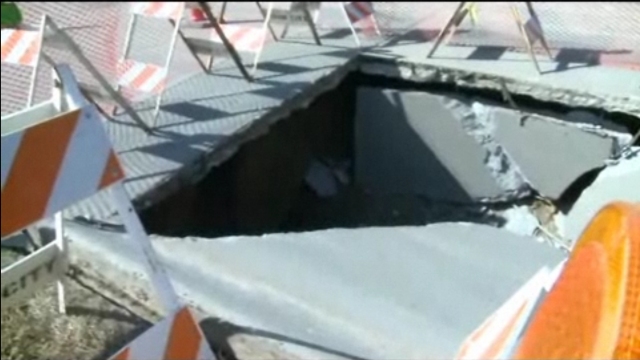 A sinkhole has forced the closing of a small bridge on Hanley Road, just east of U.S. 42 in Washington Township, Ohio. A car hit a pothole, damaging the car and causing the pavement to collapse, leaving a 10-foot deep hole. Richland County Engineer’s Road Superintendent Greg Bush said the flooding three weeks ago started the problem, when the water receded and pulled some of the base fill from beneath the bridge.He says it will take until next Wednesday to fix and re-open. 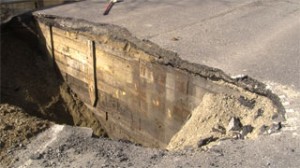 Crews have been working on the sinkhole since Thursday afternoon. People who live near the busy crossroad bordering East Hartford, Manchester and South Windsor are finding that the easiest way to get around the area is on foot. The town of South Windsor is making the repairs because it was the town’s 24-inch sewer line caused the 4,5 meter deep hole. The initial belief was the pipe was going to be replaced and the road patched up by midday Friday. But crews keep finding more and more of the sewer line needed to be replaced. 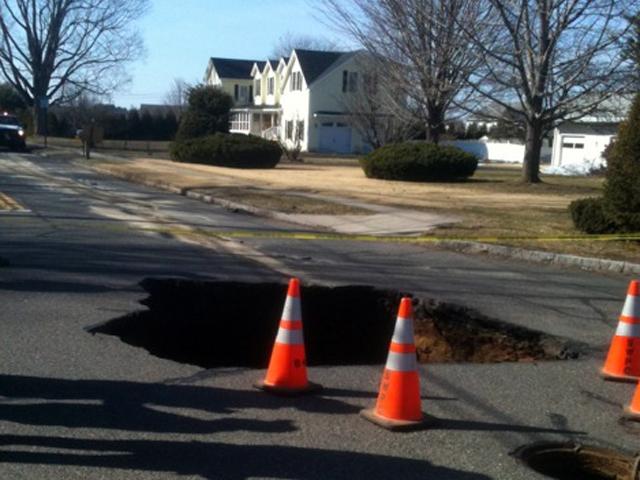 A sinkhole 9 meter wide and 4,5 meter deep poses a hazard for bicyclists in a part of southwest Ohio. The hole that opened up earlier this week has choped a big bite out of a bike path in Middletown, halfway between Cincinnati and Dayton. City Public Works Director Dave Duritsch tells the Middletown Journal that ground saturated from heavy rain sank into openings in a 60-year-old sewer pipe and was flushed away. The sinkhole and a section of the bike path have been blocked off with construction barrels. Work is expected to begin immediately to replace the pipe, fix the hole and repair the path. 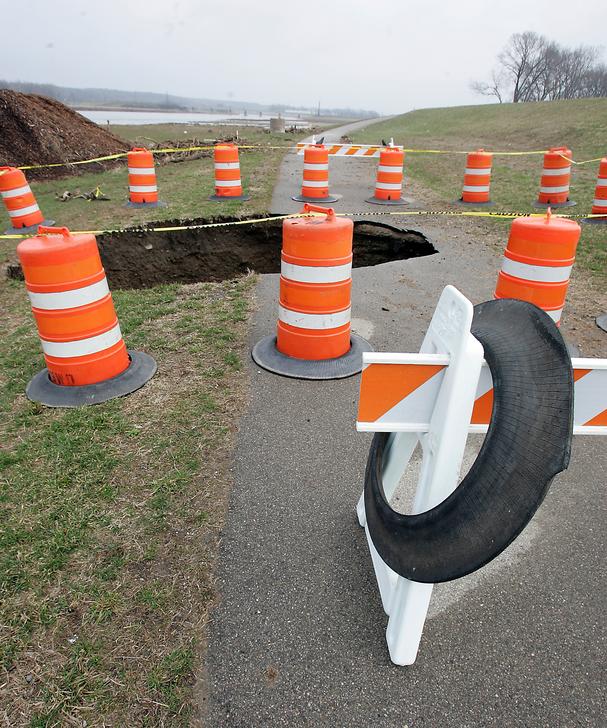