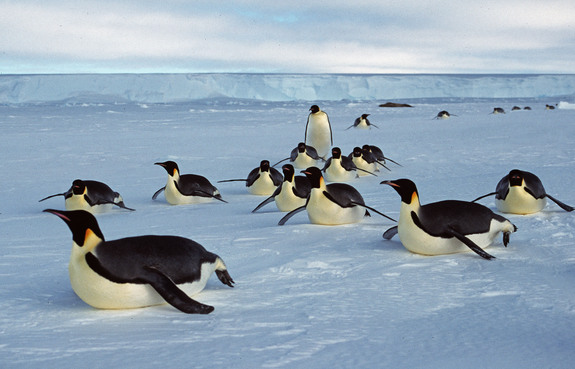 A small colony of emperor penguins on an island off the West Antarctic Peninsula is gone, and the most likely culprit is loss of sea ice caused by warming. Although it has been predicted that penguins could suffer greatly because of global warming, this is the first time the disappearance of a colony has been documented. Emperor penguins are regal, if bulky, birds that stand as high as 4 feet (1.2 meters) and can weigh as much as 84 pounds (38 kilograms).

This colony, first spotted in 1948 on an island dubbed Emperor Island, was a small one that had approximately 150 breeding pairs. Observations are spotty, but the populations appear to have been relatively stable until the 1970s. A report in 1978 showed a sharp drop in population, a trend that continued until an airplane survey found the island empty in 2009.

This raises the question: Did the penguins die off or just relocate? "That's one of the big unknowns," said Philip Trathan, the lead researcher and head of conservation biology at the British Antarctic Survey.

Emperor penguins appear to return home each year to the site where they hatched. But the colonies must sometimes relocate because of changes in the ice, however, the details of how this happens aren't understood. Trathan and his colleagues speculate that the Emperor Island penguins born in the late 1970s – they live to be about 20 years old – may have continued to return in smaller numbers each year until the colony disappeared. 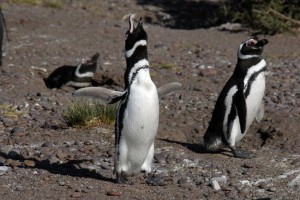 Ice is crucial to these birds. Most emperor penguins breed on sea ice — called fast ice — which attaches to the ice shelves and coastlines, and does not move in wind or currents. As the ice develops in autumn, the birds gather at their colonies. They remain there, mating, laying eggs and raising chicks until mid-summer, when the chicks fledge and the fast ice breaks up. They also forage within the pack ice, which floats at the surface of the water.

The colony on Emperor Island frequently nested on land, although reports also show these birds setting up house on the ice. So, the disappearance of this colony indicates that breeding on land may not be a good alternative, Trathan said.

The cause of the disappearance is not clear-cut, but the evidence indicates a connection to climate change.

"The one site in Antarctica where we have seen really big changes is the West Antarctic Peninsula," Trathan said. For much of the 20th century, this region has warmed at an unprecedented rate, particularly in recent decades, the researchers write in a study published Feb. 28 in the journal PLoS ONE.

Data collected from a station about 25 miles (40 kilometers) away shows a marked increase in air temperature; meanwhile, the local sea ice in the area has been forming later and melting earlier. One study published in 2007 in the Journal of Geophysical Research found that between 1979 and 2004 in this region, sea ice began advancing about 54 days later and retreating 31 days earlier. (This trend does not hold for all of Antarctic waters, but, ultimately, Antarctic sea ice is expected to shrink significantly.)

In addition to destroying colony habitat, warming and the loss of sea ice could indirectly affect the penguins by reducing the availability of the fish, krill and squid they eat, or by increasing the presence of predators, such as giant petrels, the authors write. 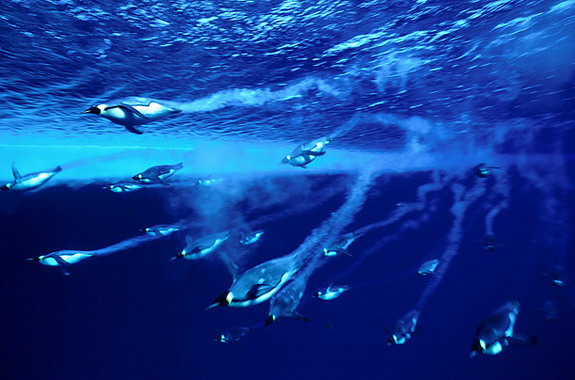 Climate change is not a new culprit. A previous modeling study projected that global warming would be very bad for emperor penguins. Published in the journal the Proceedings of the National Academy of Sciences in 2009, the study found a 36 percent chance that shrinking Antarctic sea ice could cause emperor penguin populations to drop by 95 percent or more by 2100.

It's possible that factors including disease or extreme weather may have caused this particular colony to disappear, but there is no data available to test these hypotheses, Trathan said.

"We need to look at more colonies so we can reduce the uncertainty," he said. "With the first report, there is a high degree of uncertainty." (LiveScience)