A wintry mix is expected today from the Ohio Valley into the Mid-Atlantic and southern New England along a cold front. One or more waves of low pressure tracking east along this front will likely bring areas of heavy snow and significant ice from south Texas into the Carolinas Thursday night, January 20 into Saturday morning, January 22, 2022.

A front extending from Southern New England southwestward to the Central Gulf Coast will be moving off most of the East and Gulf Coast by Thursday evening, January 20.1

A wave of low pressure along the boundary will linger over parts of the Southeast through Friday, and the rest of the front moving off the Southeast Coast by Saturday morning.

Rain changing over to snow will develop along the boundary from southern New England to the Central/Southern Appalachians on Thursday.

Along the rain/snow line, areas of light rain/freezing rain will develop over parts of eastern North Carolina on Thursday evening. 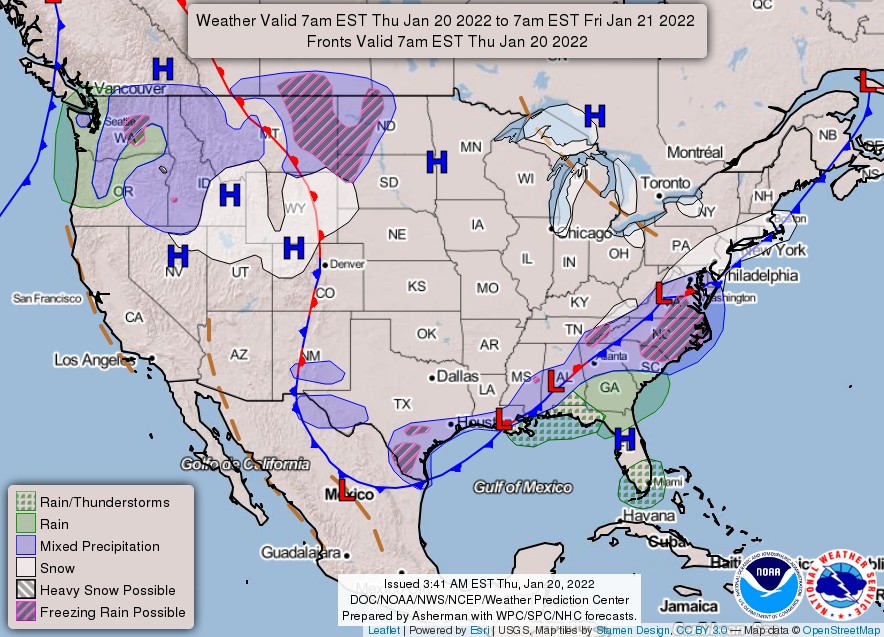 Furthermore, rain will also develop along the boundary from parts of the Central Gulf Coast to the Southeast on Thursday.

Incidentally, lake effect snow will develop downwind from the Great Lakes during Thursday.

Light snow will linger over parts of the southern Mid-Atlantic on Friday, while significant rain/freezing rain is expected over the Northern/Southern Carolina Coast.

The combination of snow and ice may cause hazardous road conditions.

Meanwhile, Wind Chill Warnings and Wind Chill Advisories are up over the Upper Midwest through noon local time. 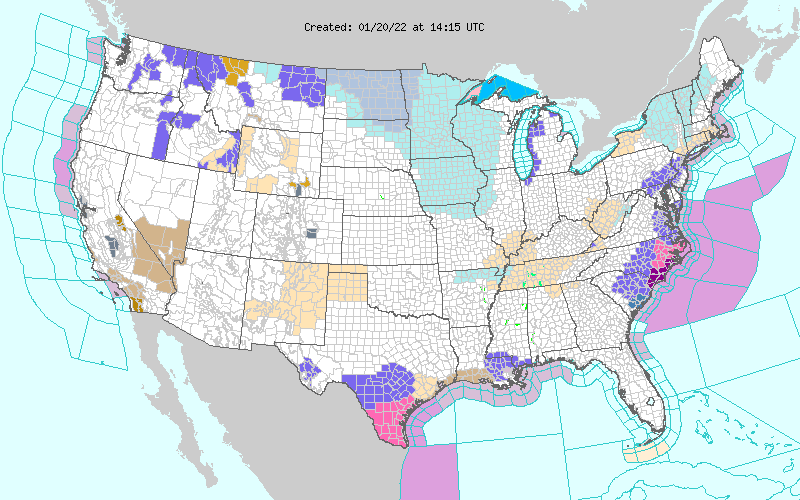