Australia has experienced its wettest spring since 2010 and the wettest November since records began in 1900, according to data provided by the Australian Bureau of Meteorology (BOM) on December 1, 2021.

Large areas of eastern Australia had rainfall in the highest 10% of historical observations (decile 10) for spring.

A large number of stations across the eastern seaboard and a few scattered elsewhere in Queensland's Gulf Country and the Northern Territory observed their highest total rainfall on record for the three months September – November. 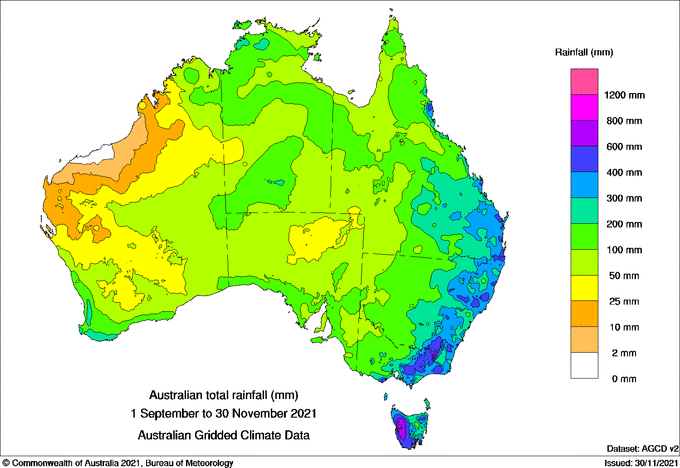 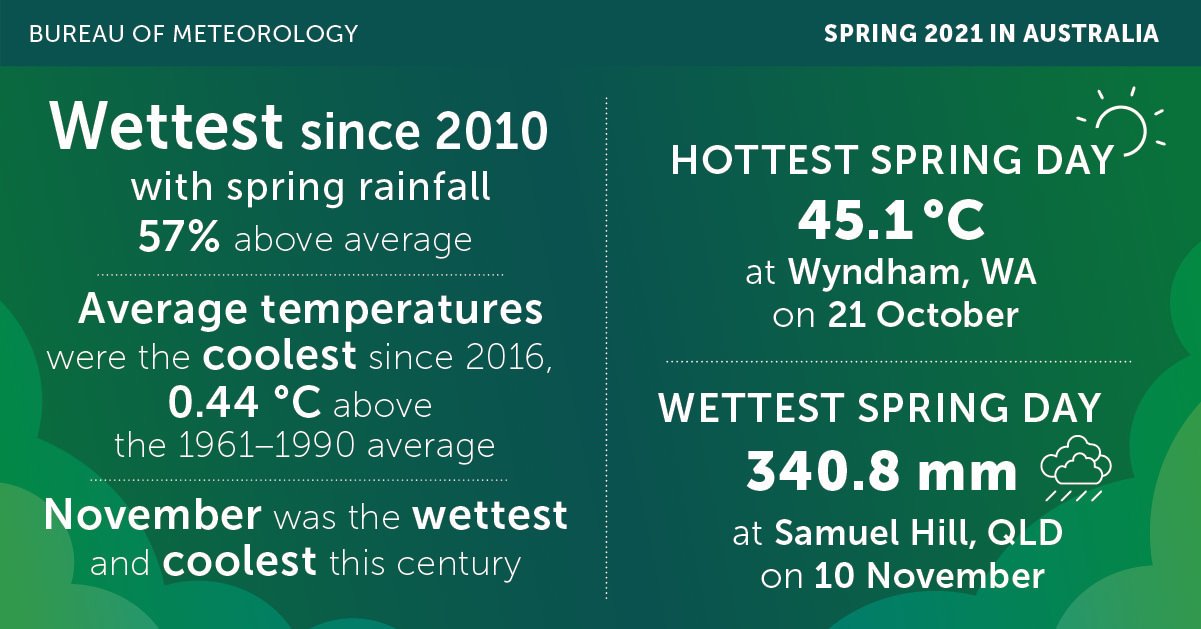 Rainfall was close to average or below average for western Victoria and south-eastern South Australia, much of the south of Western Australia and along the north-west coast, parts of the Top End, and parts of Queensland's Cape York Peninsula.

While September was a little drier than average, and October a little wetter than the average for Australia as a whole, November was exceptionally wet, with the national area-averaged rainfall more than twice the average and the highest on record for November.

Thunderstorms and severe storms were frequent during spring, and included: 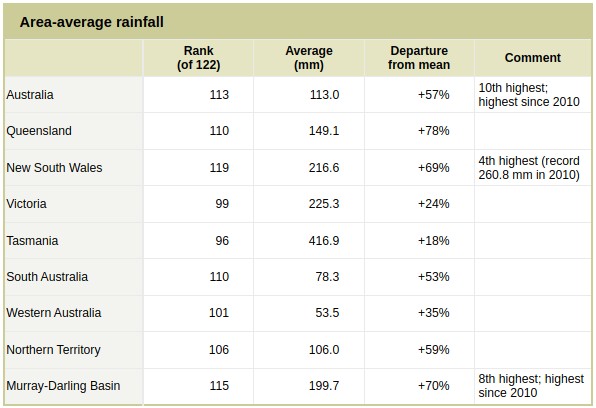