At least 26 people have been killed and more than 100 remain missing after heavy rains caused massive floods in parts of southern India over the past couple of days. Many homes, roads, and bridges have been damaged or destroyed and livestock swept away.

At least 17 people have been reported dead and over 100 washed away in severe floods that hit Andra Pradesh, NDTV reported on November 20, 2021. The worst affected region in the state is Rayalaseema. Other affected districts include Chittoor, Kadapa, Kurnool, and Anantpur.1

3 children and an aged woman died in the Kadiri town of Anantapur district after an old 3-story building collapsed due to heavy rains late at night. Rescue operations for more than 4 people still under the rubble are in progress.

Three state transport buses have been marooned and 12 people could not be rescued, NDTV said.

The floods have destroyed or damaged bridges and roads at many places, affecting rail, road, and air traffic.

Nine people have been killed in Tamil Nadu on November 19 after a wall of the house they were sleeping in collapsed on them in the district of Vellore.2

Nine others sustained injuries and were admitted to a hospital.

Widespread rains with thunderstorms have been forecast over Maharashtra, Goa, Andhra Pradesh, Telangana, Tamil Nadu, Karnataka, and Kerala on Saturday and Sunday, November 20 and 21, 2021.

The rain is brought by a well marked low pressure area over north interior Tamil Nadu and adjoining Karnataka and Rayaleseema. 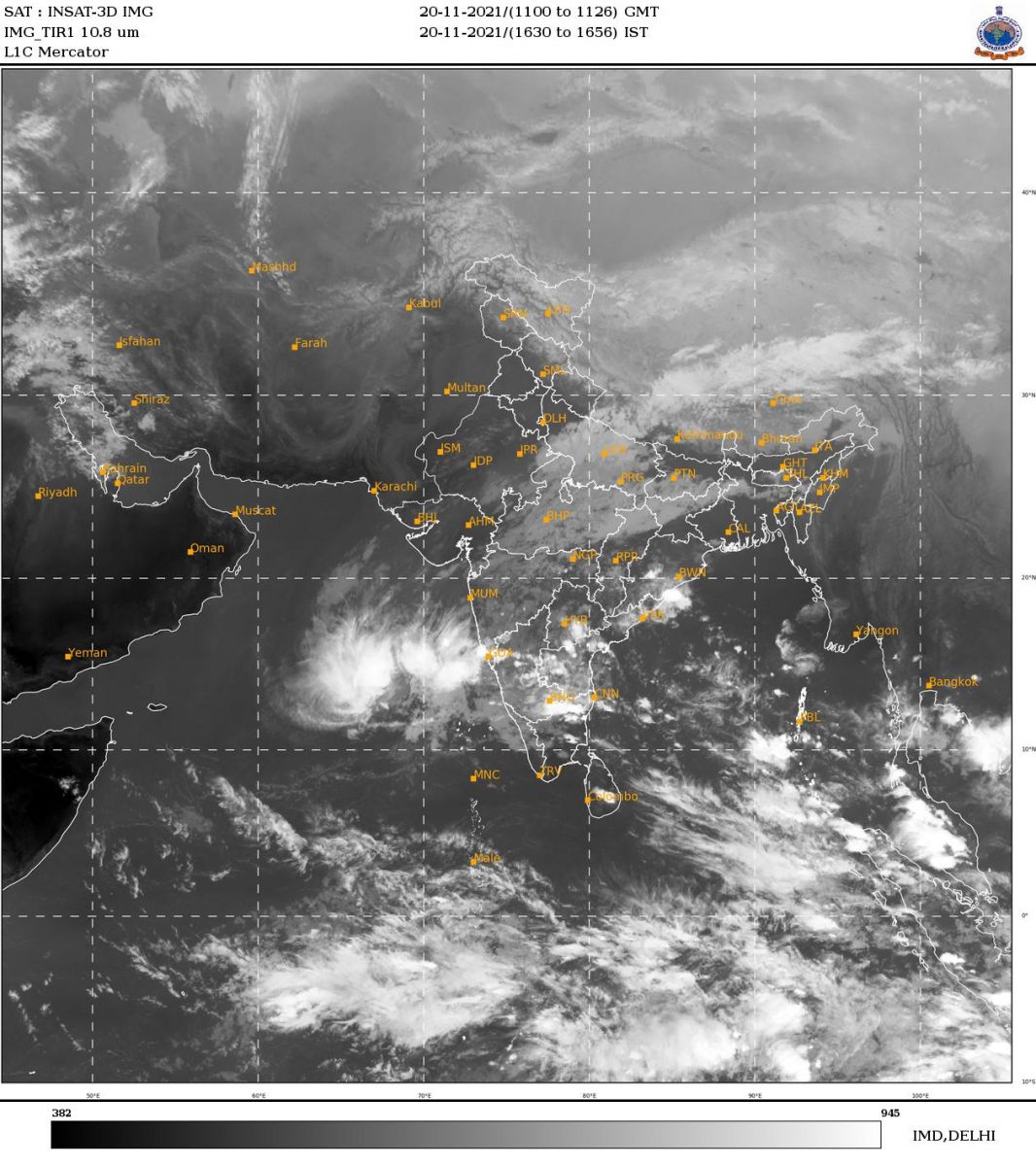 2 Nine die as wall of house collapses near Vellore – TOI