As the remnants of Tropical Cyclone "Ida" move into the northeast U.S., potentially life-threatening flash flooding is possible Wednesday into early Thursday, September 1 and 2, 2021, across portions of the Mid-Atlantic to Southern New England. In addition, there will be a threat of tornadoes in the Mid-Atlantic on Wednesday. A threat of flash flooding will also exist across the southwest U.S. as moisture from the remnants of Nora remain.

Tropical Depression Ida is forecast to slowly weaken and become a Post-Tropical Cyclone by Thursday morning, September 2 and move off the Northeast Coast.1

However, what's left of Ida2 will continue to produce heavy rain along the path into Thursday, prompting the Weather Prediction Center (WPC) to issue a High Risk of excessive rainfall from the northern Mid-Atlantic/Northeast through Thursday morning. 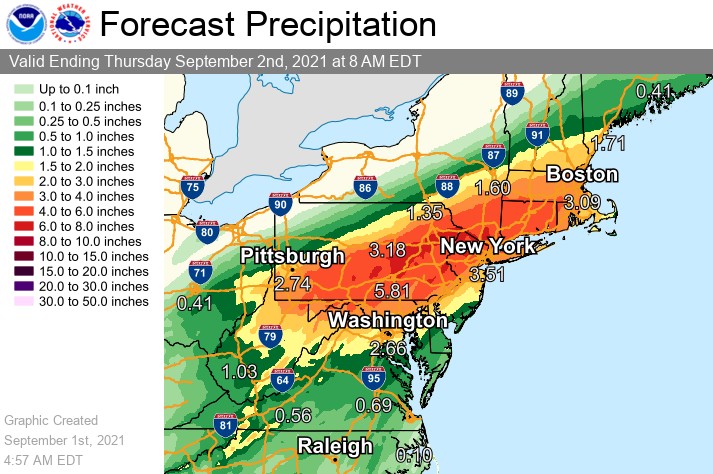 "Lives and property are in great danger through Thursday morning from the northern Mid-Atlantic/Northeast," NHC forecaster Ziegenfelder noted.

What was once Ida will move from the Mid-Atlantic into New England by Thursday morning then move into the Canadian Maritime Provinces by Friday, September 3. 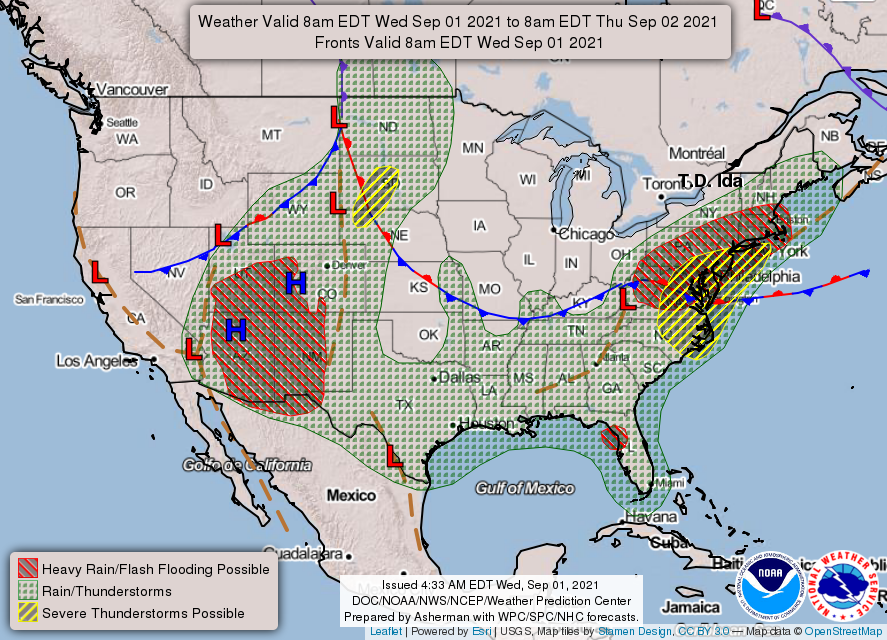 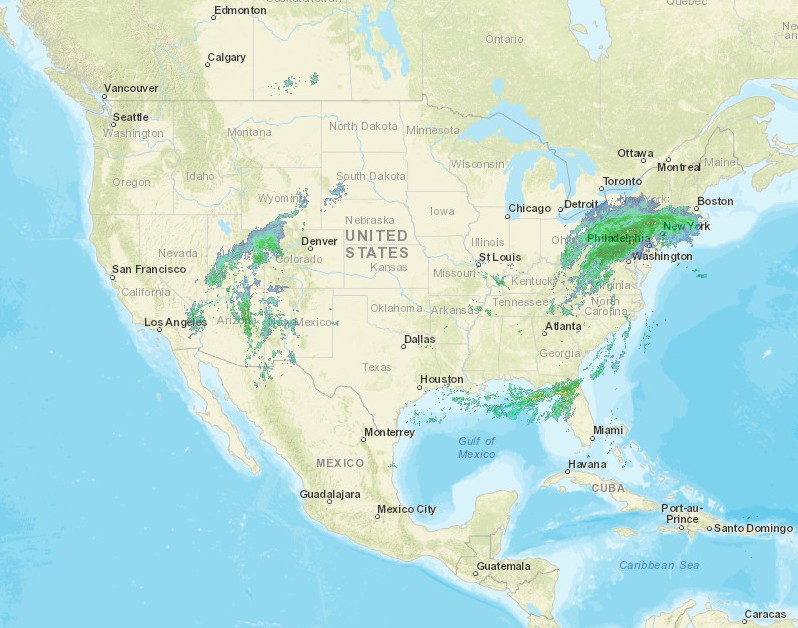 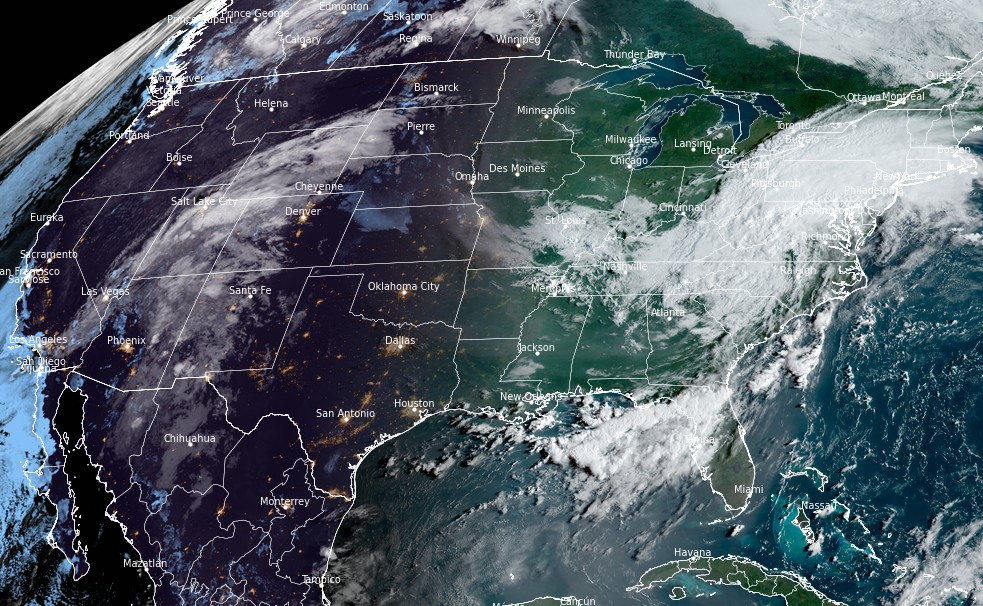 In addition, moisture associated with what was once Tropical Cyclone "Nora"3 will move over the Southwest into parts of the Great Basin and Central/Southern Rockies on Wednesday into Thursday, producing thunderstorms.

Therefore, the WPC has issued a Slight Risk of excessive rainfall with these thunderstorms. The associated heavy rain will create mainly localized areas of flash flooding, with urban areas, roads, and small streams the most vulnerable through Thursday morning.