A new vent has opened close to the main crater at the Fagradalsfjall eruption site, Krýsuvík-Trölladyngja volcanic system in Iceland, which continues to erupt since March 19, 2021.1

According to the Institute of Earth Sciences photographs of the flow field captured on August 8 suggested that the lava effusion rate averaged 9.3 m3 (328 feet3) per second over the previous 12 days. The area of the flow field had grown to 4.4 km2 (1.7 mi2), and the total volume erupted was 119 million m3 (155.6 million yd3).2

In addition, new ground cracks were observed in Gónhóll, a hill south of the fifth vent — which is now the main crater.

A statement by the South Iceland Volcanology and Natural Disaster Team confirmed on August 16 that the vent that opened on August 9 was separate from the nearby main vent.

"On the mbl.is webcam, the new vent can be seen beside the crater, from where lava spatters. This opening has been visible for the past days, but it was [at first] believed that lava was simply flowing through the rim of the crater," the team said.3

"Now, however, it appears fairly clear that this is an independent vent, separate from the lava lake in the crater. A small crater bowl has formed around said vent, by the main crater."

The new vent has grown rapidly as lava gushed out with great force, 'creating even higher spatters than has the larger crater.'

The Icelandic Met Office (IMO) warns of gas emissions hazards and the potential for lapilli and scoria fallout within a 650 m (2 130 feet) radius of the active vent.

"Gas pollution at the eruption site can at any time exceed danger levels," the office said.

"In calm/light wind (<5 m/s) gas can accumulate in the valleys, then circulation is controlled by the landscape and gas can exceed danger levels far up the slopes, all around the eruption site. In such cases, spectators need to move up to higher ground levels such as mountains and ridges and not stay on the slopes just above the eruption.

"Choose a walking route according to the wind forecast for the time of the walk.

"Avoid taking dogs with you to the eruption site. Dogs are more exposed to gas pollution as they are closer to the ground. Fluoride can also accumulate in puddles in the area." 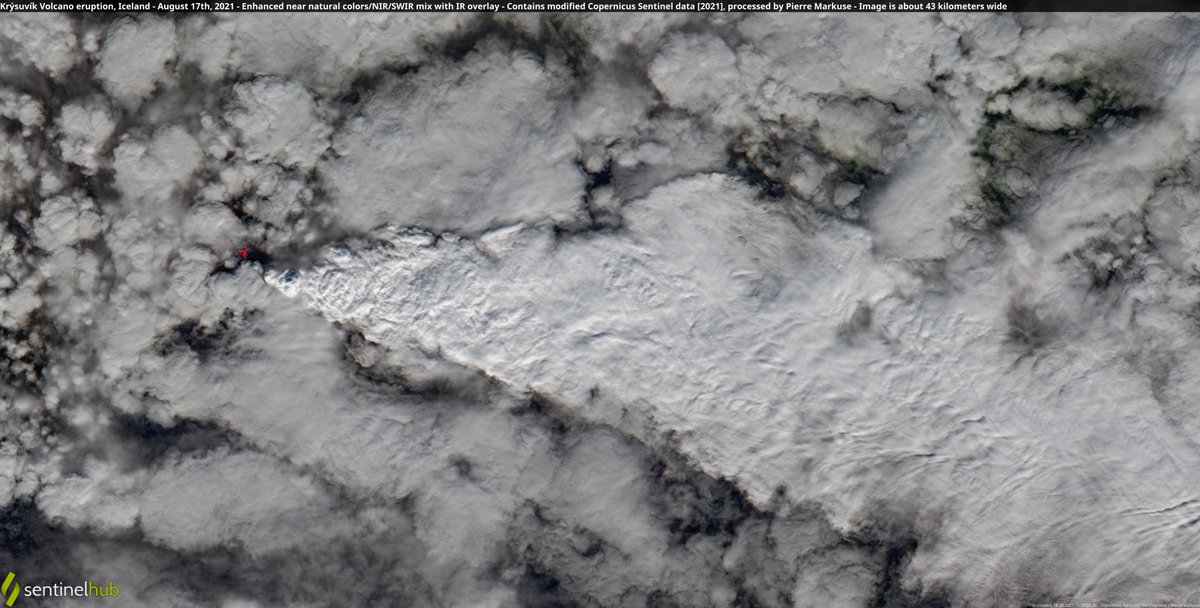 1 Eruption starts near Fagradalsfjall on Iceland's Reykjanes Peninsula – The Watchers