Tropical Storm "Claudette" formed at 09:00 UTC on June 19, 2021, as the third named storm of the 2021 Atlantic hurricane season. Heavy rainfall causing dangerous flooding remains the primary hazard, NHC warns. Claudette is expected to move farther inland over Louisiana during the next several hours, then move across portions of the Gulf Coast and southeastern states through the weekend, and over the western Atlantic Ocean on Monday, June 21.

On the forecast track, the system should move farther inland over Louisiana during the next several hours, then move across portions of the Gulf Coast and southeastern states through the weekend, and over the western Atlantic Ocean on Monday, June 21.

Claudette is expected to weaken to a tropical depression by tonight and become a post-tropical cyclone on Sunday.  The system is forecast to re-develop over the western Atlantic Ocean on Monday.

A Tropical Storm Warning is in effect for locations east of Morgan City, Louisiana to the Okaloosa/Walton County line in Florida as well as Lake Pontchartrain, Lake Maurepas, and Metropolitan New Orleans. 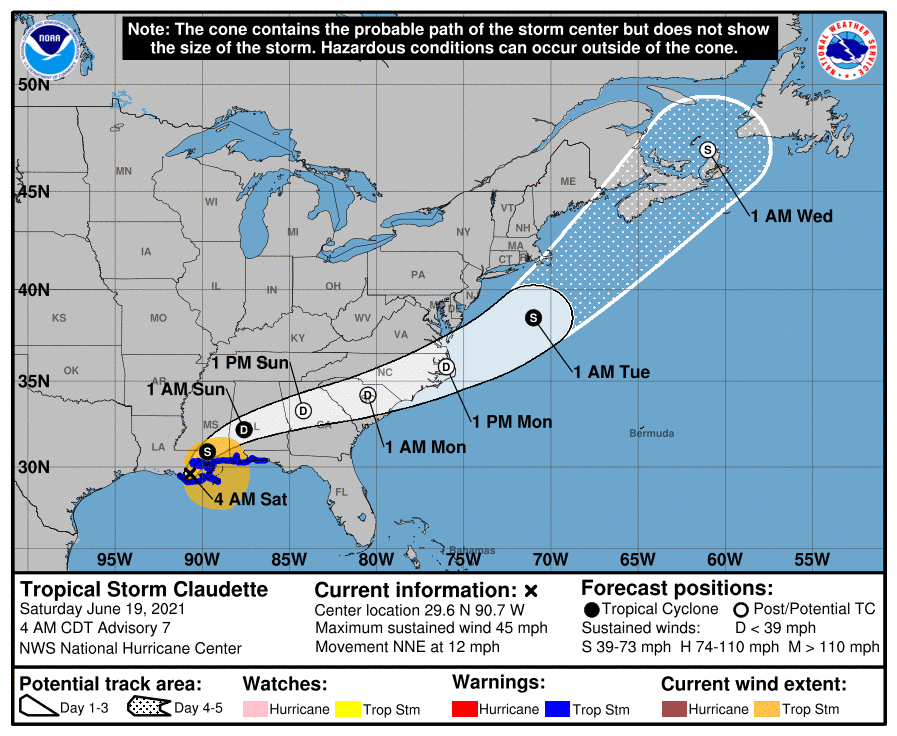 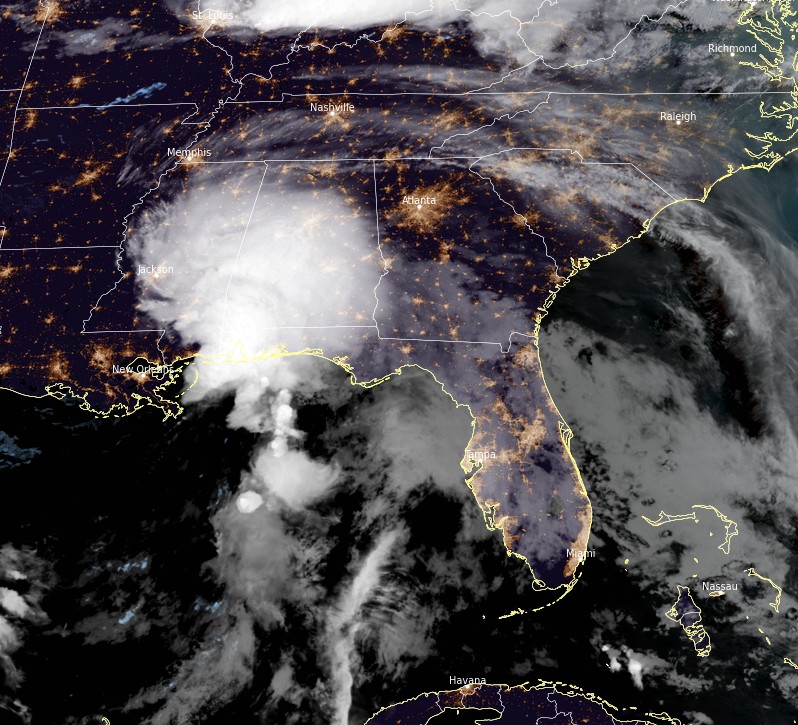 Claudette is expected to produce rainfall totals of 125 to 250 mm (5 to 10 inches) with isolated maximum amounts of 380 mm (15 inches) across portions of the central Gulf Coast.

Life-threatening flash flooding impacts are possible across coastal Mississippi and Alabama, and the far western Florida Panhandle through the afternoon.

Considerable flash, urban and small stream flooding impacts as well as new and renewed minor to isolated moderate river flooding are likely across the remainder of the Central Gulf Coast.

As the system continues to lift northeast through the weekend, heavy rain will expand across central Alabama, central and northern Georgia, into the Piedmont of the Carolinas, resulting in rainfall totals of 75 – 150 mm (3 to 6 inches) with isolated maximum amounts of 8 inches.

The combination of storm surge and the tide will cause normally dry areas near the coast to be flooded by rising waters moving inland from the shoreline.

Tropical storm conditions should continue along the coast in the warning area today.

A few tornadoes are possible today and tonight across southern Mississippi, southern Alabama, the western Florida Panhandle, and southwest Georgia.