A slight increase in seismic activity was observed at Gareloi volcano, Alaska on May 18, 2021, and beginning May 27 there has been a sustained increase in the rate and size of small volcanic earthquakes.

Because the level of seismic activity is now above the background, the Alaska Volcano Observatory (AVO) has raised the Aviation Color Code to Yellow and the Volcano Alert Level to Advisory at 17:43 UTC on June 8.

There have been no other notable changes at the volcano in satellite data or web camera views, AVO said.

Sulfur dioxide gas was detected in satellite imagery from Gareloi over the past week and is consistent with measurements from the last several years. No activity was observed by an AVO field crew flying over the summit on May 23.

These observations suggest the presence of shallow magma and potential interaction with a hydrothermal system. 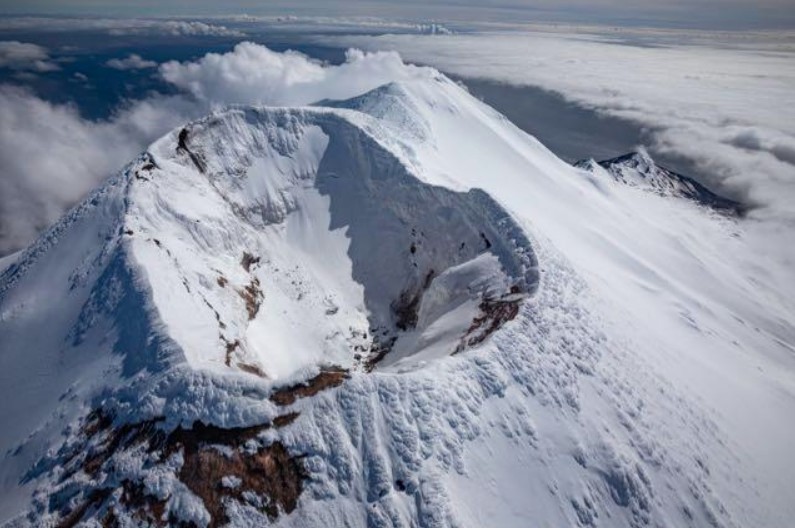 The current increase in seismicity likely reflects a change to the magmatic-hydrothermal system, but it is not clear that the likelihood of a volcanic eruption has increased.

AVO added it will continue to monitor activity to determine if the recent changes are related to influx of new magma or other changes to the magma system.

Gareloi is monitored by a local seismic and infrasound network, satellite data, and regional infrasound and lightning-detection networks.

The 8 x 10 km (4.9 x 6.2 miles) Gareloi Island, the northernmost volcano of the Delarof Group at the western end of the Andreanof Islands, consists of a stratovolcano with two summits and a prominent SE-trending fissure.

The fissure was formed during an eruption in 1929 and extends from the southern summit to the sea. Steep sea cliffs that are cut into rocks of an older, eroded center are found on the SW coast, and submarine deposits of three debris avalanches produced by edifice collapse are found offshore.

Young lava flows cover the older volcano from the summit to the coast along three broad axes trending NW, ENE, and S.

Phreatic explosions were followed by the ejection of glassy pumice, lapilli, scoria, and older blocks, as well as by the emission of four short, steep lava flows, one of which reached the SE coast.

This volcano is located within the Aleutian Islands, a UNESCO Biosphere Reserve property. (GVP)