More than 100 000 people have been affected after a series of severe storms started hitting the city of Yueyang in central China's Hunan Province on Saturday, May 15, 2021. Yueyang is 170 km (105 miles) SW of the city of Wuhan where two extreme weather events in just 4 days claimed the lives of 10 people and affected several hundred.

According to local authorities, winds up to 133 km/h (83 mph) raged through the city, destroying homes and downing trees and power lines in parts of the city.

78 rooms have collapsed and 202 seriously damaged, forcing 3 837 people to evacuate, officials said on Monday, May 17.

More rounds of heavy rain are in the forecast, with meteorologists warning residents of geological disasters, such as waterlogging, floods, and landslides. 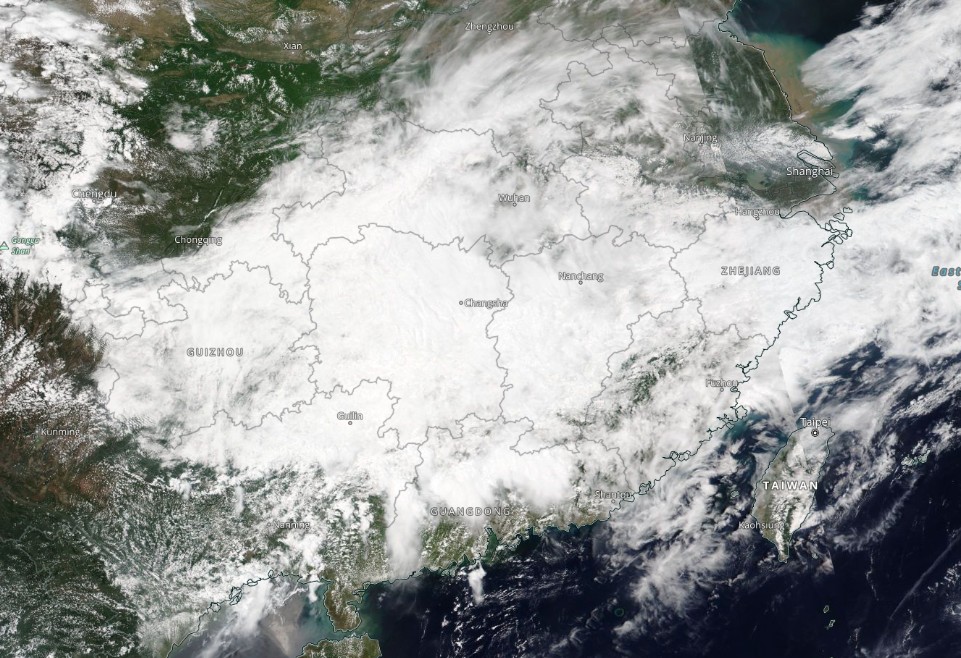 The storms in the region intensified a day after two destructive tornadoes claimed the lives of 12 people and injured more than 420.

The Suzhou city government, which oversees the town, said in a social media post that four people had died and 149 others had minor injuries.

The second tornado hit the city of Wuhan, capital of China's Hubei Province, at around 20:39 LT, killing at least 8 people and leaving 280 injured.

According to local authorities, the tornado ripped through the district of Caidian, destroying 27 houses and damaging 130.

In addition, two tower cranes were toppled and 8 000 m2 (86 100 feet2) of sheds at construction sites as well as trees and electricity poles, leaving 26 600 homes without power.

This was the second extreme weather event to hit the city in just 4 days.

At least 2 people have been killed after a severe thunderstorm hit Wuhan on May 10, 2021, turning day into night.

According to the Wuhan Emergency Management Bureau, parts of the city encountered a level 10 thunderstorm which resulted in the deaths of two workers who were on gondola cleaning windows at Sanyang Road.

Authorities reported the city was also hit by record-breaking wind gusts, which destroyed roofs and windows on many buildings.