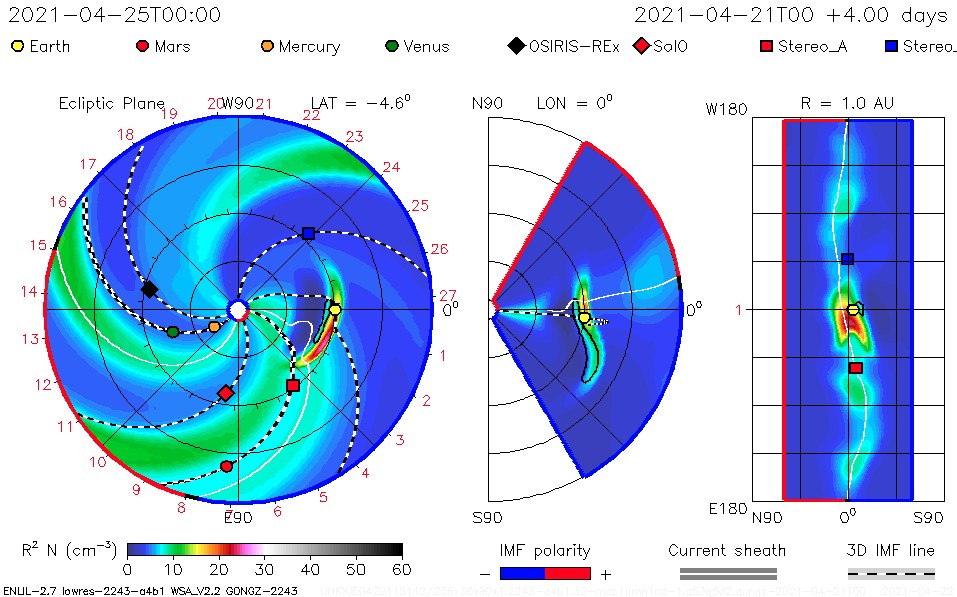 A partial halo Coronal Mass Ejection (CME) produced by the C3.8 solar flare from Region 2816 at 04:35 UTC on April 22 is heading toward Earth and is expected to arrive on April 25. As a result, a G2 – Moderate geomagnetic storming is expected.

This CME has been analyzed multiple times by SWPC forecasters and a best WSA-Enlil model result was determined. This solution indicates an Earth-directed component and arrival of the CME early to mid-day UTC on April 25.

While forecast confidence in an Earth-directed component is fair, timing and intensity confidence is lower.

Solar wind parameters over the past 24 hours indicated the arrival of a Co-Rotating Interaction Region (CIR) ahead of Coronal Hole High Speed Stream (CH HSS).

Phi angle settled into a mostly negative (towards) solar sector after 08:50 UTC (April 23).

Negative polarity CH HSS influence is expected through April 24, with solar wind speeds expected in the 450 – 550 km/s range. By mid to late April 25, the April 22 CME is expected to arrive, causing another enhancement in solar wind parameters into April 26. 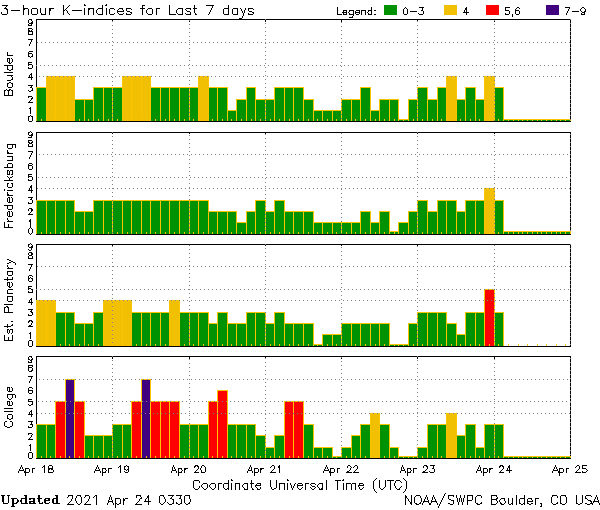 G1 – G2 (Minor-Moderate) geomagnetic storm levels are expected around mid to late on April 25 due to the arrival of the aforementioned CME.

Unsettled to active levels are expected on April 26 as CME effects persist.