Intense rains and hail led to flash floods in Sucre, Bolivia, on Monday, January 4, 2021, leaving at least four fatalities and six others missing. The severe weather caused considerable damage to properties, buildings, and vehicles, while several stalls were swept away by floods.

A short period of torrential rain and hail struck Sucre in Chuquisaca Department on Monday afternoon, resulting in flash flooding in parts of the city.

Authorities reported at least four people dead and six others missing, while seven people sustained injuries. Hail caused considerable damage to vehicles and buildings, while several stalls of traders from the Mercado Campesino were swept away.

Chuquisaca police reported that 14 people who showed symptoms of hypothermia were rescued and taken to medical centers. Seven of them were later discharged, while the rest remain under hospital care.

Luis Arce, President of Bolivia, expressed his condolences to the bereaved families and assured people that the government will take necessary measures with authorities.

"Our condolences to the families who lost their loved ones in Sucre. The Vice Ministry of Civil Defense is in charge of assessing the damage and coordinating the necessary care actions with the local authorities," the president said in a statement. 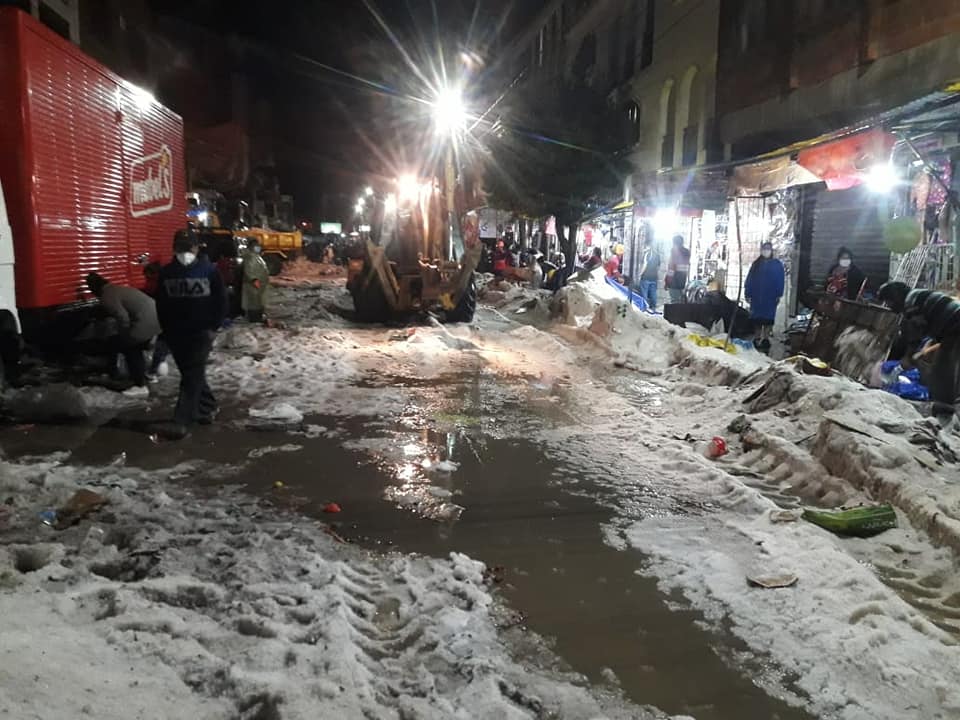