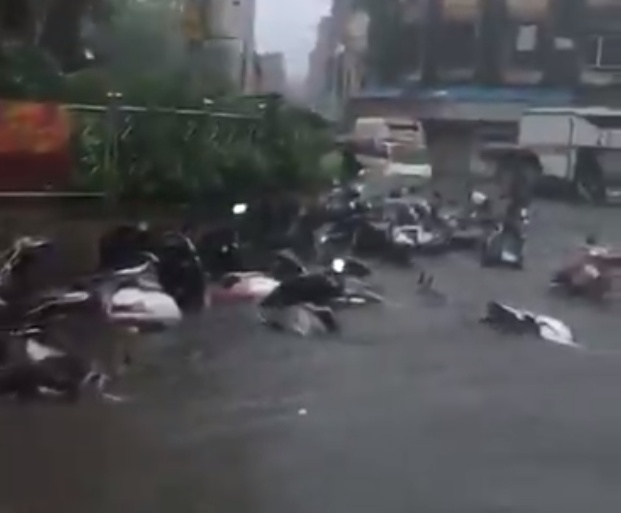 The India Meteorological Department (IMD) recorded 332 mm (13 inches) of rainfall in Mumbai in a 24-hour period to Thursday, August 6, 2020, marking the city's highest August rain received in 24 hours since 1974.

Heavy rains accompanied by wind speeds as high as 106 km/h (66 mph) lashed Mumbai on Wednesday, causing flooding and damaging properties in the city.

According to local Suraj Agarwal, people had not witnessed such heavy rainfall even during the 26/7 — the 2005 Maharashtra flood.

Many properties were damaged and trees were downed. A total of 112 trees fell, 29 in suburbs and the rest in the island city. Six houses collapsed and 10 short circuit incidents were reported.

"There is a major outfall (which brings all the rainwater from the area to the sea) opposite Wilson College near Chowpatty. The tide was so high that it was above the outfall, so there was no chance of the rainwater going into the sea. There was unprecedented rainfall through the day,” said Prashant Gaikwad, assistant municipal commissioner, D ward.