A landslide caused by heavy rain struck a jade mine in Myanmar's Kachin state on Thursday morning, July 2, 2020, killing more than 170 miners. Local officials said the death toll is expected to rise.

"The jade miners were smothered by a wave of mud, which hit after heavy rainfall," the Myanmar Fire Services Department reported, adding that 172 bodies had been retrieved as of Friday, July 3.

54 other miners, who sustained injuries, had been taken to the hospital.

"All of a sudden, huge amounts of mud together with rainwater ran into the pit. It was like a tsunami," said Dashi La Seng, the minister of social affairs in Kachin.

Police said there was a warning issued on Wednesday, July 1, urging people to avoid working in the area due to bad weather. 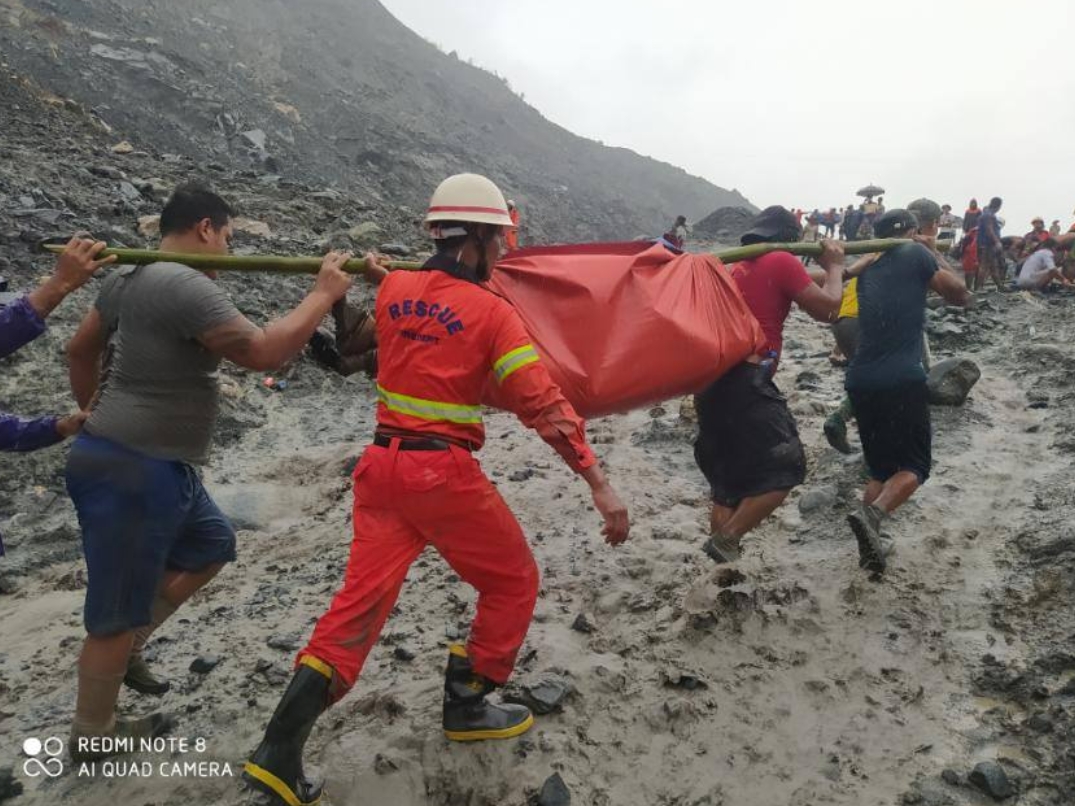 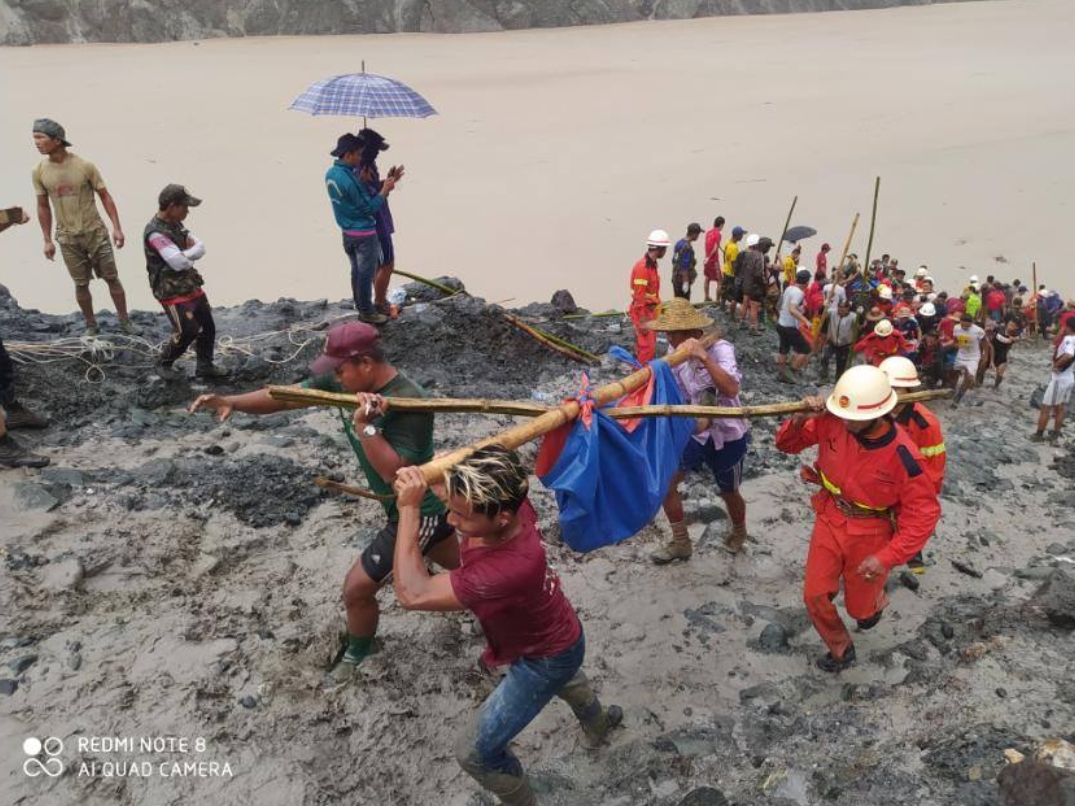 Maung Khaing, a 38-year-old miner, told Reuters that he was going to take a photo of the waste mount that he felt was about to collapse, when people started shouting, warning others to run.

"Within a minute, all the people at the bottom [of the hill] just disappeared. I feel empty in my heart," he said.

"I still have goosebumps. There were people stuck in the mud shouting for help but no one could help them."

Than Hlaing, a member of a local civil society group, said the victims were freelancers scavenging the waste left by a bigger mining firm.

"There’s no hope for the families to get compensation as they were freelance miners," she said. 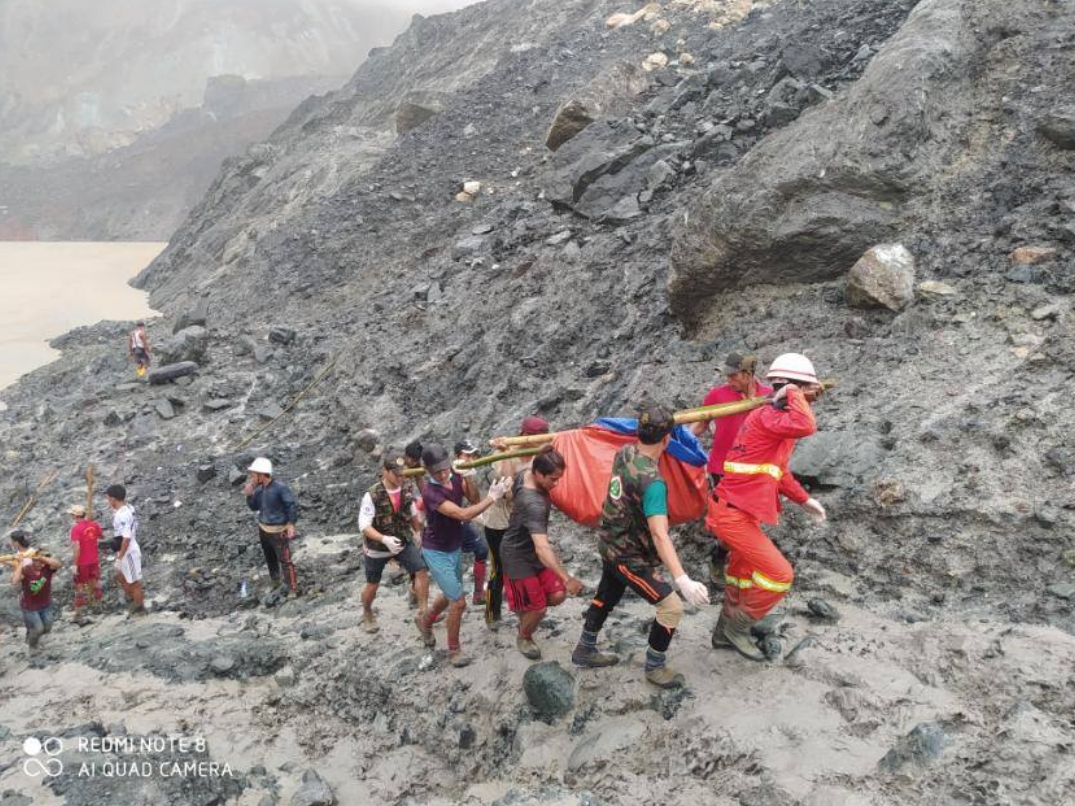 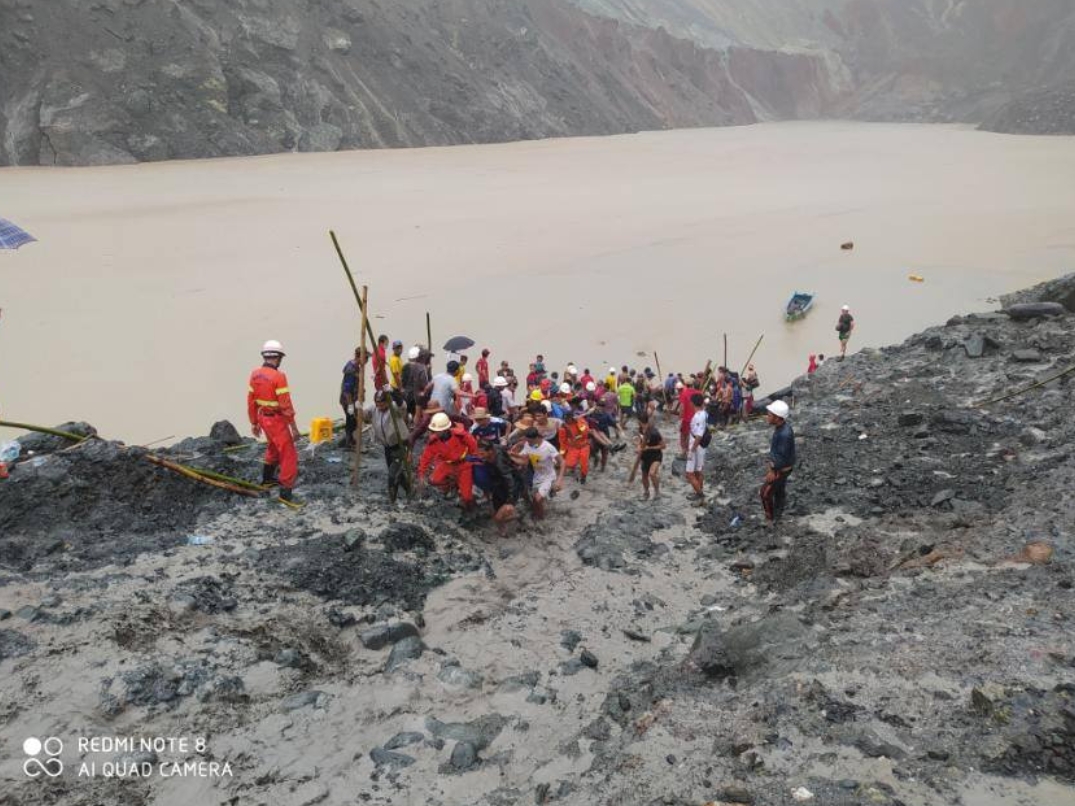 Landslides in the area are common, especially during the country's severe monsoon season. In November 2015, a major slip killed more than 100 people. Last year, more than 50 miners were buried in a mudslide.