Severe Tropical Cyclone "Harold" left a path of destruction across Fiji on April 8, 2020, just 2 days after its devastating impact on Vanuatu — the country's second-strongest cyclone on record. Harold's eye is passing just south of Tonga at 22:00 UTC on April 8.

While authorities urged people to prepare for the wrath of the storm, they also reminded them to adhere to the coronavirus lockdown guidelines.

"If they feel that they are unsafe in their residence, they move into the evacuation center, which mainly is one of the Mormon church at every village or even the Free Wesleyan Church or the community hall in most of the villages, even goes out to the islands Ha'apai and Vava'u," said acting deputy commissioner 'Atunaisa Tauoepeau. 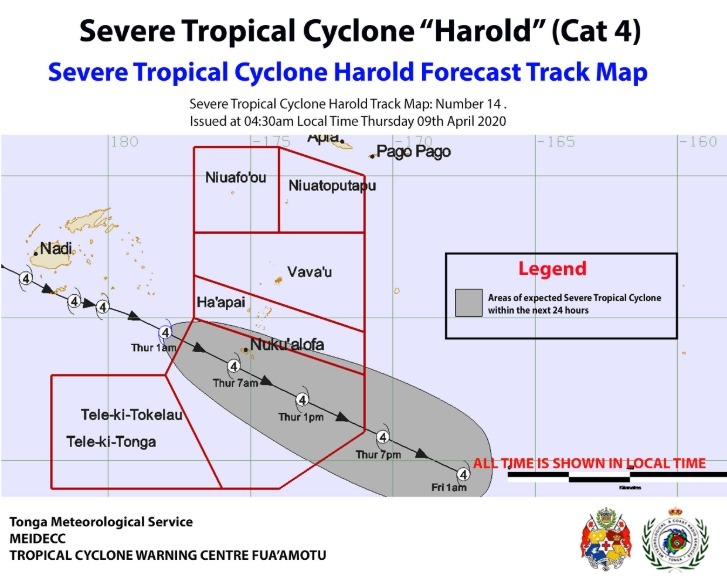 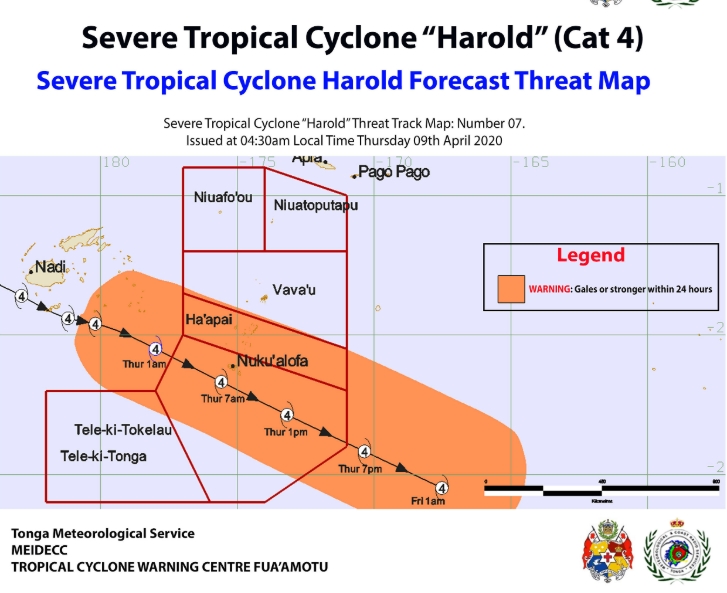 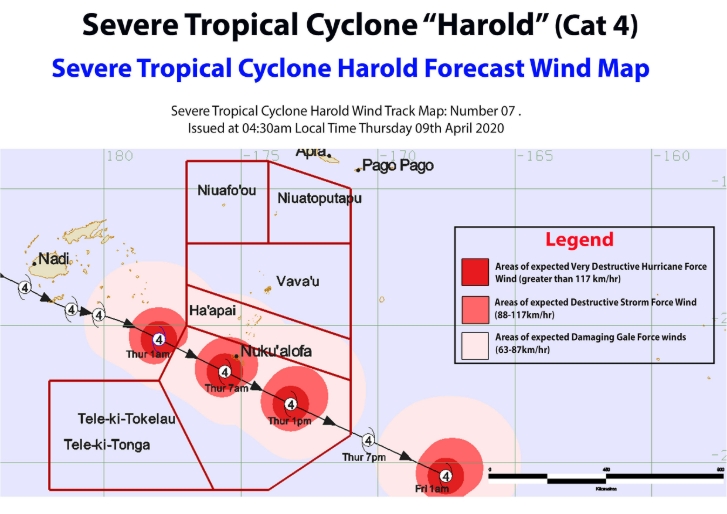 In Vanuatu, houses and livelihoods have been destroyed by the storm, which passed through the northern islands on April 6 as a Category 5 system. The main communication lines are still down across the Sanma, Malampa, and Penama provinces.

"Presumably, it's caused a huge amount of damage, but we just don't know how much," said country director Luke Ebbs.

"We and other agencies are struggling to get information about the situation on the ground. The eye of the storm passed over Luganville. We can imagine the damage to infrastructure, buildings, livelihoods, houses are significant," he continued.

Water supplies were affected in Luganville, as well as crops and roads, particularly in low-lying areas. Roofs were torn, trees were knocked down, and some buildings were flattened. Up to 70 percent of establishments in the city were impacted, while about half of residential properties received significant damage.

"Our first priority will be checking on the safety of our staff in Santo and then trying to get a picture of the immediate needs that have emerged. We are worried that children and families across these islands have been through a terrifying experience and there will be immediate needs emerging for psychosocial support to those affected, nutritious food, safe water, and safe housing."

Villages in the Espiritu Sato and Malo Islands were entirely destroyed by powerful winds up to 235 km/h (145 mph). According to local media, many houses collapsed, roads were inundated, and the coastline was severely battered. Ships were grounded on the shores of the island by rough waves.

Oxfam Australia has deployed a disaster response team to help in restoring damage across the Sanma Province hours after the storm's initial impacts. Save the Children organization has also prepared relief materials for the affected children. The Vanuatu Red Cross Society was assisted by crews from Red Cross Fiji and the Solomon Islands.

Prime Minister Frank Bainimarama confirmed Harold caused extensive damage in Fiji. According to the National Disaster Management Office (NDMO), many parts of Ba Town were inundated and the Nasivi River in Tauva had become swollen.

"We've seen reports of injuries," said NDMO director Vasiti Soko. "As to the number, as well as the intensity, of the injuries, that's yet to be ascertained."

Dozens of homes were destroyed in Suva. Streets were left inundated, while winds struck buildings on the main island, Viti Levu. Emergency officials were also struggling to establish contact as the storm badly hit communication lines.

A total of 69 evacuation centers are attending to 1 778 evacuees– most of which were from Taiperia and Navutu. "Our evacuation centers are safe, they are sanitized and monitored to ensure they do not surpass capacity," Bainimarama assured as the country is taking measures as well to contain the spread of COVID-19.

"Given this virus struck Fiji in cyclone season, we knew from the start we had to weatherproof our COVID-19 containment efforts to the very real possibility of a severe storm striking," the Fijian Government stated as well.