This year's winter weather in Mongolia may put more than 50% of the country at risk, according to the National Agency for Meteorology and Environmental Monitoring (NAMEM). In line with this, the Mongolian Red Cross Society (MRCS) has activated its Early Action Protocol (EAP) to trigger if three or more provinces have over 20% of very high risk in their area as shown in the dzud risk map by NAMEM.

As of January 2, over 50% of Mongolia is identified with dzud risk, while 25% of the area is in mid-risk. Eight provinces had over 20% of very high-risk coverage in the territory, according to the calculations by the Red Cross Red Crescent Climate Center.

The eight target provinces– Govi-Altai, Khovd, Arkhangai, Bulgan, Uvurkhangai, Dundgobi, Sukhbaatar, and Khentii– will receive cash assistance and livestock and nutrition kits, particularly to 1 000 vulnerable families in these areas. MRCS said the households will be assisted in meeting their needs and saving their livestock, as well as their livelihoods.

The early action is set to be completed on March 8, 2020– within two months after the trigger date on January 8.

Furthermore, the International Federation of Red Cross and Red Crescent Societies (IFRC) was prompted to provide help for herders, according to the organization's press release on January 9.

A total amount of 217 000 dollars was pre-agreed for release to the MRCS from IFRC's Disaster Relief Emergency Fund.

"Dzud is catastrophic for the agricultural sector, which is vital to the Mongolian culture and economy. We have 70 million livestock, which directly supports about a quarter of our people. Horses, camels, goats, cattle and sheep for milk, cashmere, meat, and other livestock products are the only source of income for herders," said Mongolian Red Cross Secretary General Bolormaa Nordov.

"Every extreme winter brings misery, hunger, and hardship for thousands of families and forces them to move to squatter settlements outside Ulaanbaatar, our capital. This finance allows the Red Cross to help some of the most at-risk people before winter sets in for good."

Weather forecasts and risk analysis allows IFRC funding to be released to people can be prepared for severe weather. The aim of the forecast-based funding is to anticipate calamities, prevent their impact as much as possible, and lessen human losses and suffering.

In addition, the key element is to agree in advance to release financial resources, if a particular forecast threshold is prompted. 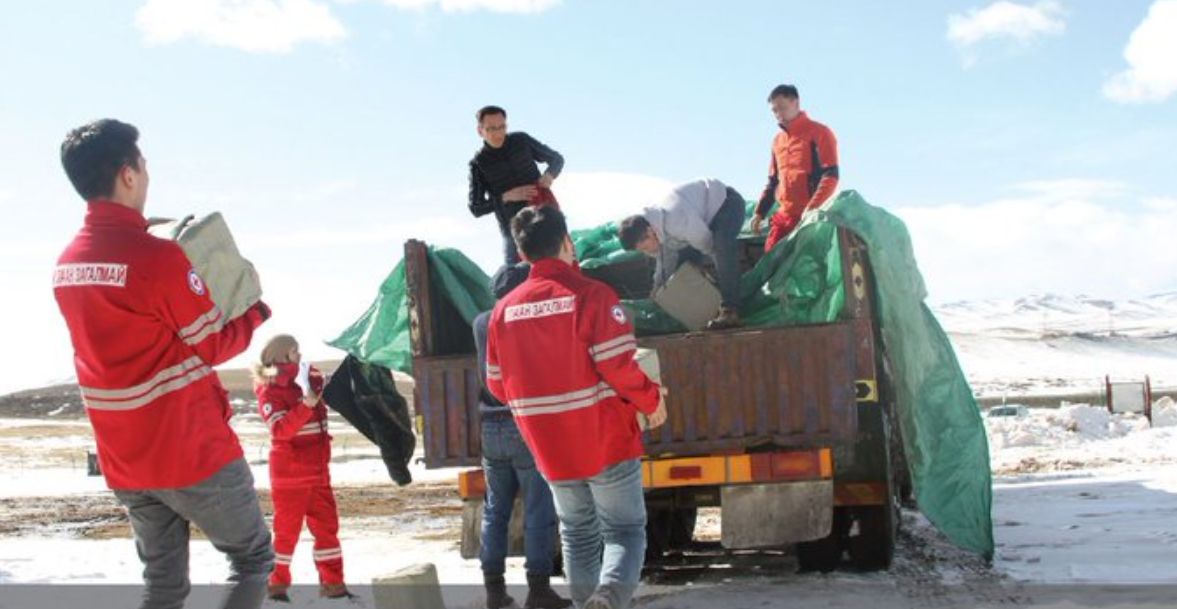