It is set to enter the Philippine Area of Responsibility (PAR) between Saturday evening, November 30, to Sunday morning, December 1, and from then it will be locally called "Tisoy". 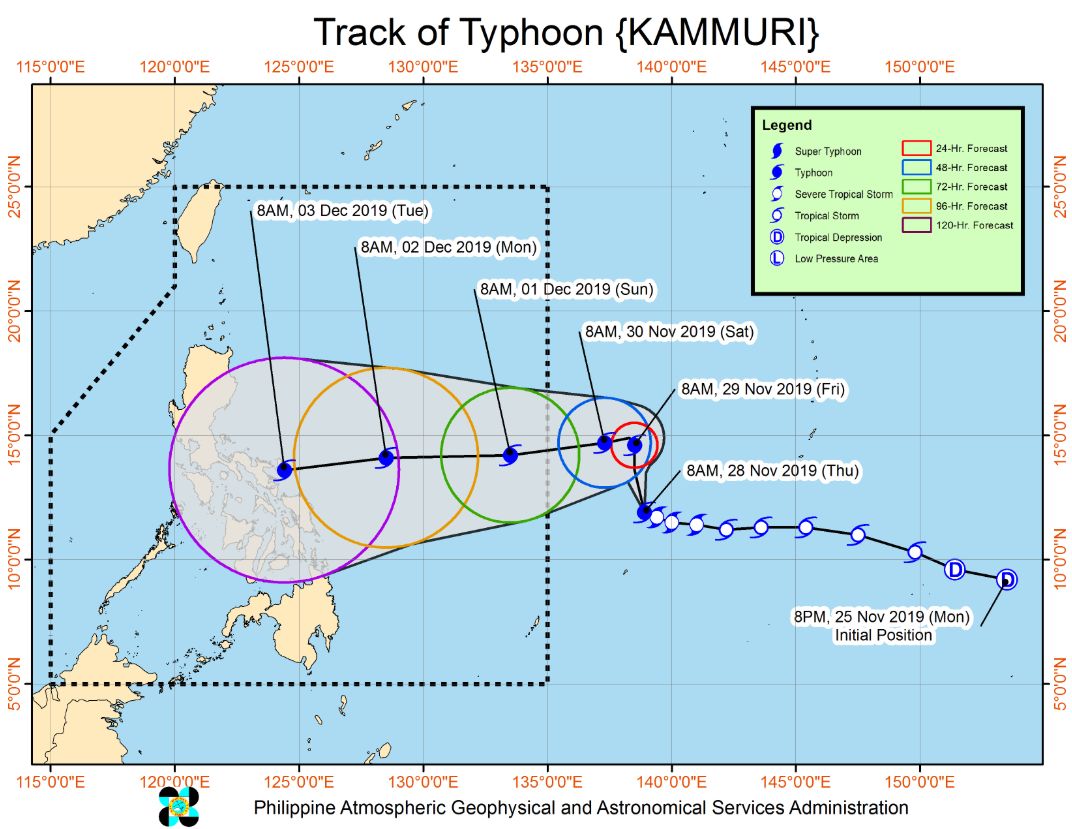 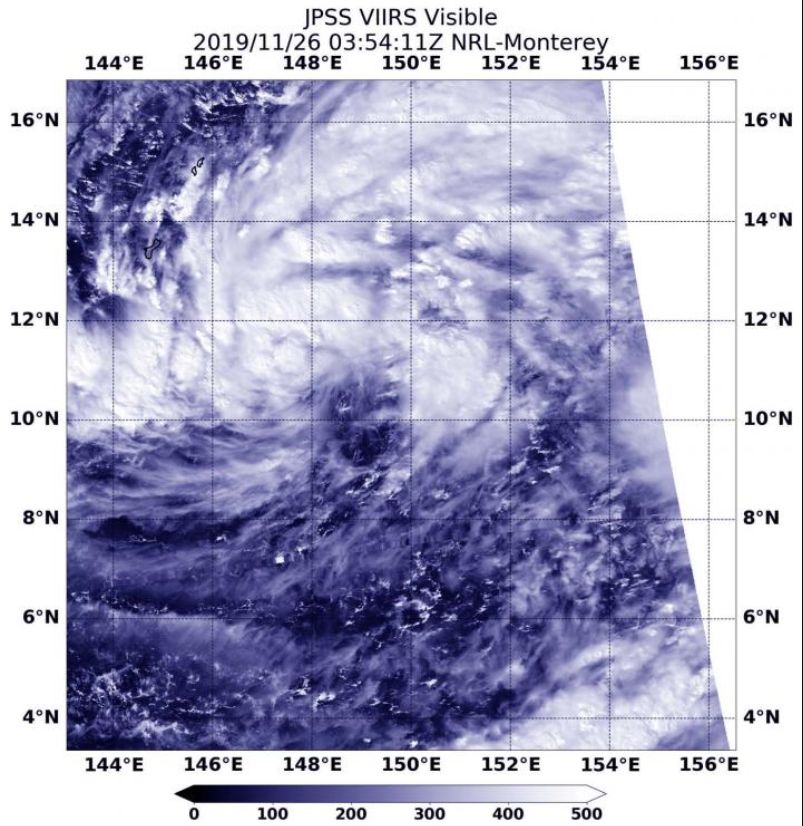 NOAA-20 provided a visible image of Kammuri on Nov. 26 at 0354 UTC (Nov. 25 at 10:54 p.m. EST) which shows it is consolidating and strengthening. The image showed bands of thunderstorms wrapping into its low level center. Image credit: NOAA/NRL

The center of typhoon was estimated based on all available data at 1 430 km (888 miles) east of the Visayas region.

Tropical Cyclone Wind Signal #1 may be raised over the eastern parts of the Bicol Region and Eastern Visayas area on Sunday, December 2, said PAGASA. Furthermore, sea travel disruption may be experienced in these areas. Steady intensification is expected throughout the forecast period.

The storm's outer rainbands may bring widespread rains and thunderstorms over the said areas on Monday, December 2. 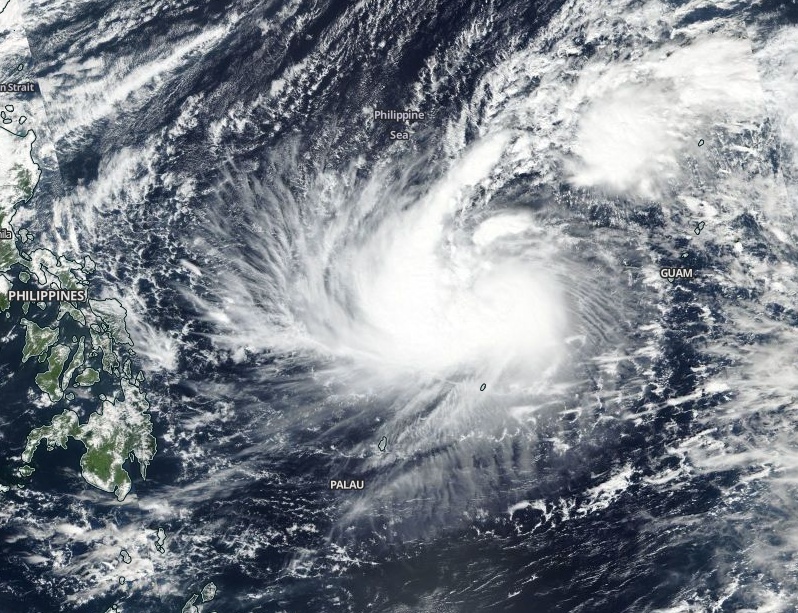 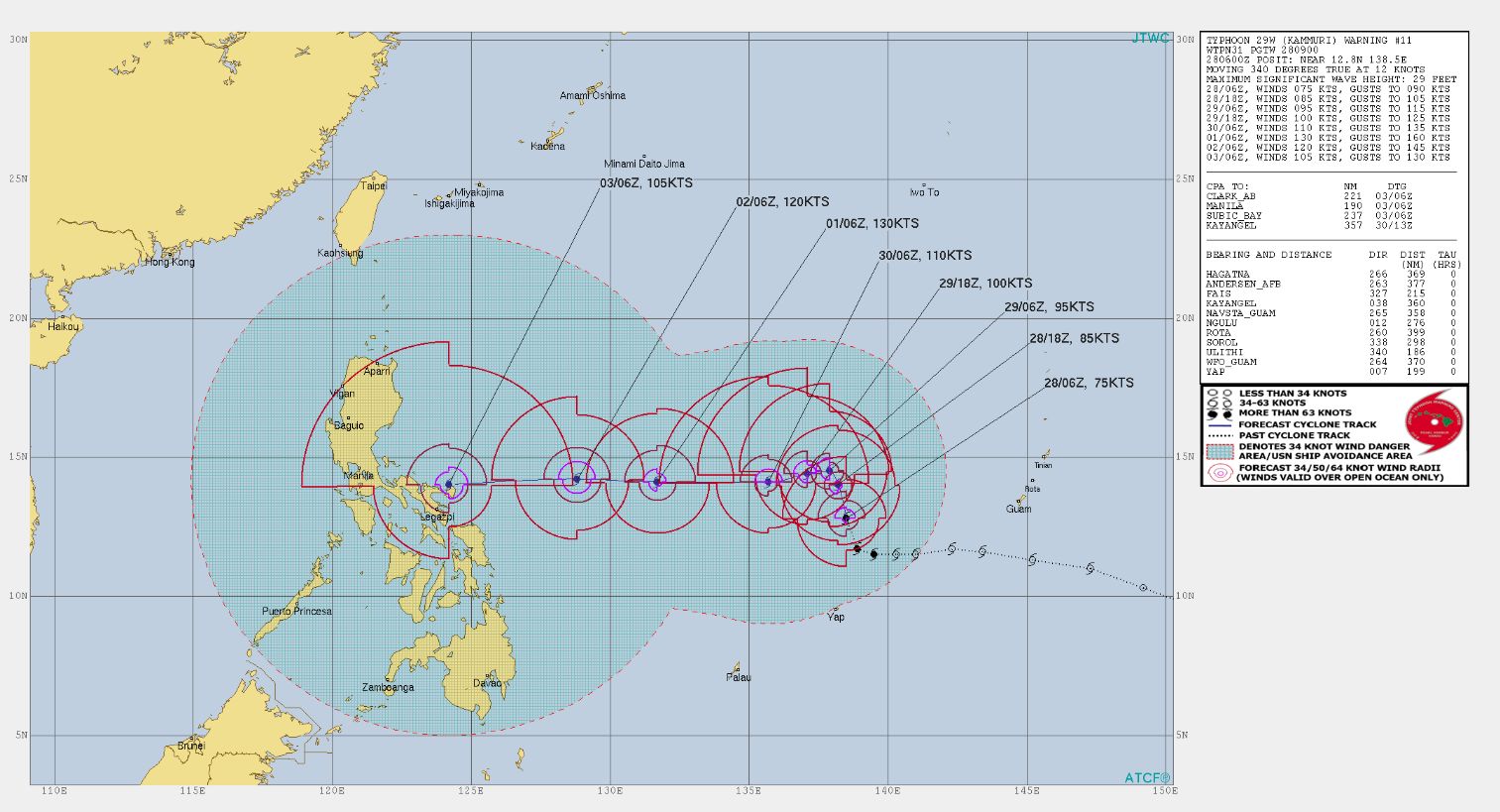 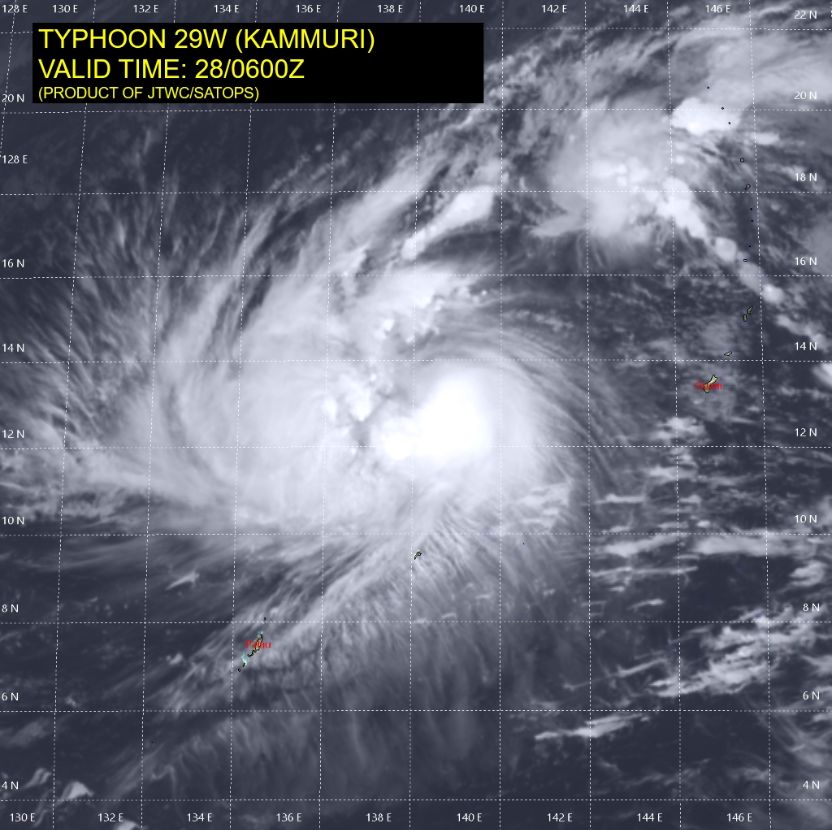 Good morning! The new #Euro model run computes a catastrophic forecast for the #Philippines next week. Super Typhoon #Kammuri with more than 300 kph. Still far away, though.

#Kammuri has become a Typhoon as it continues to strengthen. As the storm heads west towards the Philippines, favorable environmental conditions will allow the system to rapidly intensify into a powerful storm, likely a super typhoon. Models continue to remain consistent. pic.twitter.com/xSAjBL3lBW

The Philippines is hosting the 30th Southeast Asian (SEA) Games this year, and there are fears that the storm may affect several venues. Organizers, however, assured that a contingency plan is being drafted to prepare for the approaching typhoon.