The activity at the Sakurajima volcano has been increasing during the past few weeks, particularly since the end of October 2019. A strong eruption on November 8 generated an ash plume up to 6.7 km (22 000 feet). This is the largest eruption at the volcano since July 2016.

There were no immediate reports of damage or injuries, Kagoshima Prefecture officials said.

Vulcanian-type explosions have been occurring at rates of four to six times per day on average, mainly from the Minamidake summit crater. This often produces ash plumes that typically go up to 3 km (10 000 feet) or even higher. 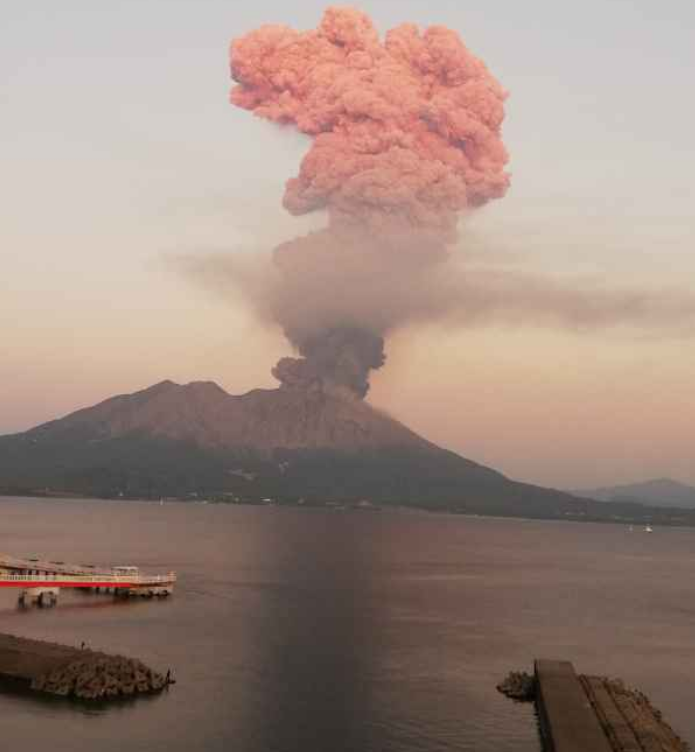 A part of volcanic ash cloud to 6.7 km (22 000 feet) a.s.l. is obscured by meteorological cloud but it's otherwise continuously observed in satellite imagery, as of 18:00 UTC. 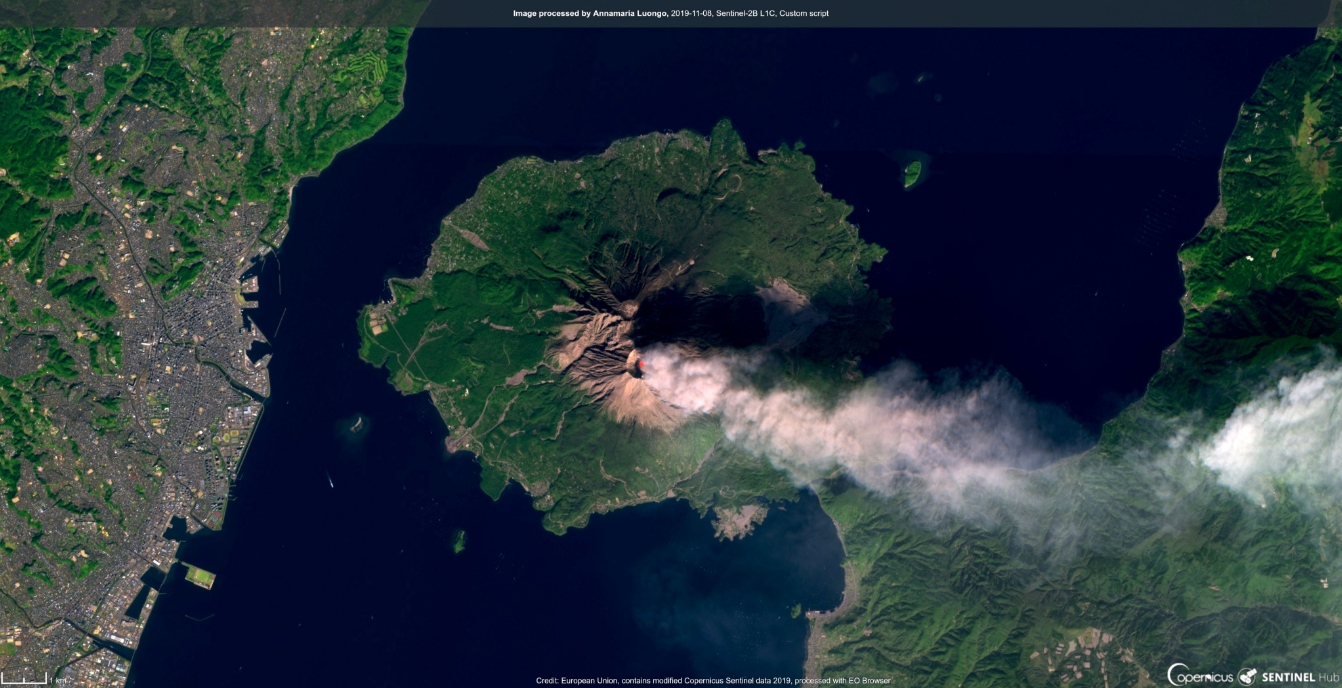 JMA reported that incandescence from the Minamidake crater at Aira Caldera was visible at night from October 28 to November 5. There were 32 explosions and 16 non-explosive eruptive events detected by the seismic network. The Alert Level remained at 3, on a 5-level scale.

The construction of Sakurajima began about 13000 years ago on the southern rim of Aira caldera and built an island that was finally joined to the Osumi Peninsula during the major explosive and effusive eruption of 1914. Activity at the Kitadake summit cone ended about 4850 years ago, after which eruptions took place at Minamidake.