The system is currently moving across Lakshadweep Islands and will continue to head towards the northwest, reemerging in the East Central Arabian Sea and intensifying into a Severe Cyclone by the evening.

Rains are expected to be heavier over South Konkan and Goah during this movement. Areas in Ratnagiri, Sindhudurg, Vengurla, and Harnai may expect moderate rain with isolated heavy spells in the next 48 hours. Strong winds may go with the rains, with gusts up to 70 km/h (43 mph).

Rough seas are also predicted for the next two to three days, prompting fishermen to take safety precautions.

Mumbai rains are set to return around November 1, but showers would be light. Winds from the Bay of Bengal will keep the humidity levels increasing in the interior parts of Maharashtra. 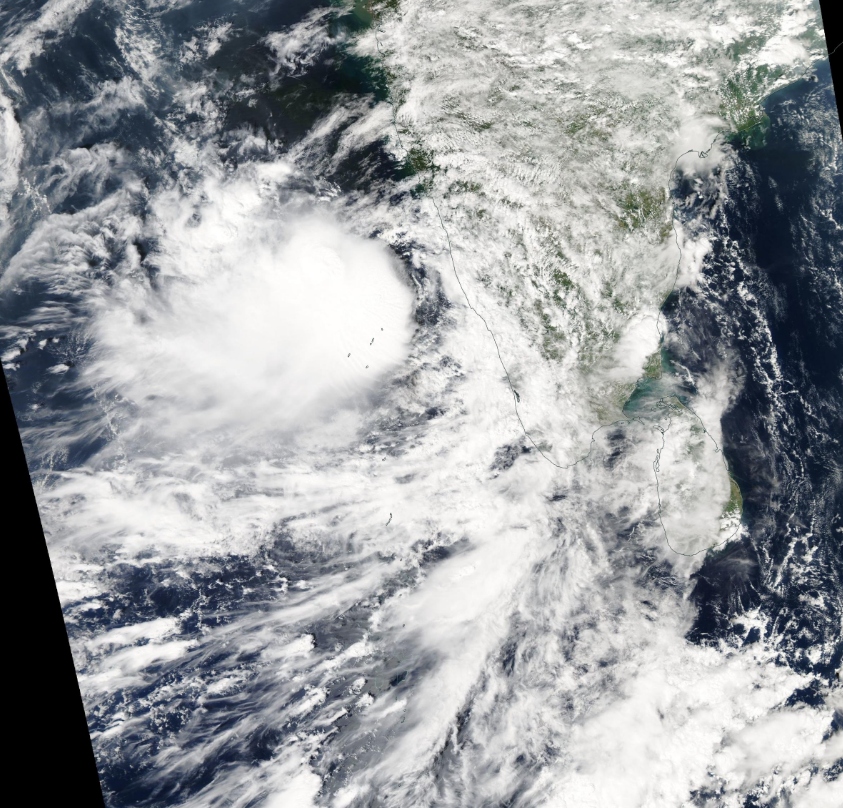 Due to a combination of winds from the opposite directions over the region, a confluence zone will most probably develop. This could result to scattered light to moderate rain in parts of Madhya Maharashtra, Marathwada, and Vidarbha until November 1.

Pune city may experience scattered rain and thundershower activities for the next two days. Moderate showers have already hit Madhya Maharashtra and parts of Marathwada during the past 24 hours.

During the next 24 hours, #Kerala will witness Heavy #rains while #Karnataka will get moderate showers. The rainfall activity to start decreasing over #TamilNadu.https://t.co/XaUJROIFgt

Rare October rains have been lashing into Maharashtra. This unusual weather can be linked to back to back Cyclones. The systems have impacted the state's weather that Konkan and Goa have seen excess rain by 133% and Madhya Maharashtra by 172% at present.

According to rainfall data from October 1 to 30, Marathwada has also experienced rains and is standing rain surplus at 213%.

Skymet Weather added, "Later, by November 2, wind speed would taper down further. However, sea conditions are expected to remain rough for another 24 hours. Hence, due precautions must be taken."