Hurricane "Lorenzo," once record-breaking Category 5 hurricane, maintains its strength as it heads toward the Azores and the United Kingdom. Hurricane and Tropical Storm Warnings are now in effect for the Azores. Lorenzo is expected to bring hurricane and tropical-storm-force winds to the Azores beginning Tuesday night, and these conditions will continue into Wednesday. Large swells generated by Lorenzo will continue to spread across much of the North Atlantic basin during the next few days. These swells will produce life-threatening surf and rip currents. 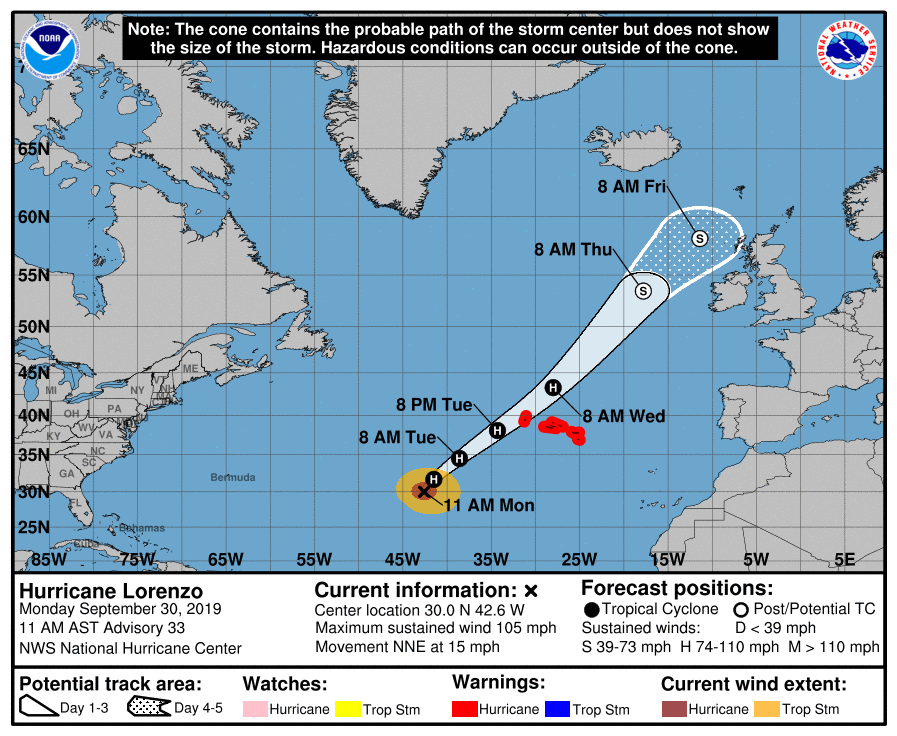 A turn to the northeast is expected later today, with an increasing forward speed tonight through Wednesday, October 2. 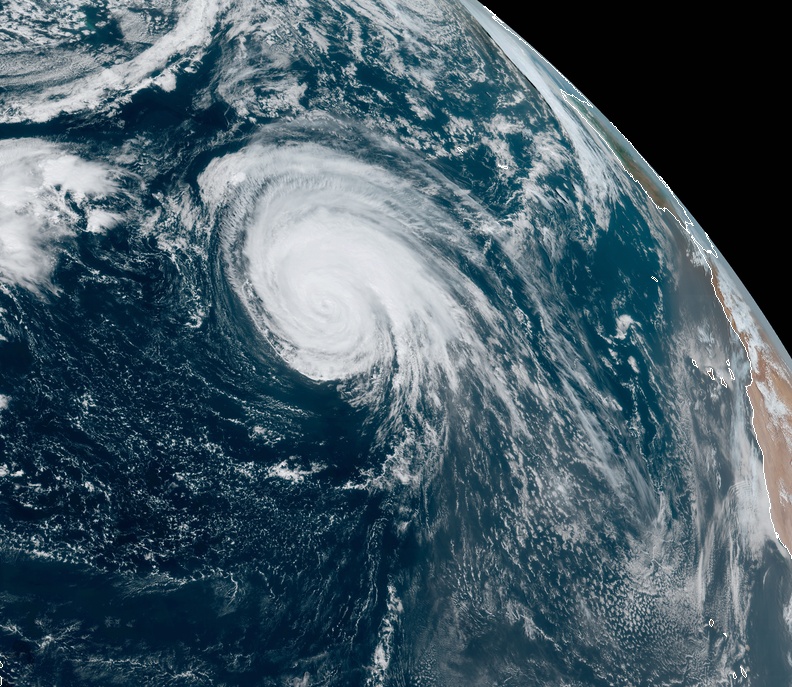 Lorenzo is expected to produce total rain accumulations of 50 to 100 mm (2 to 4 inches) over much of the western Azores and around 25 mm (1 inch) over the central Azores Tuesday and Wednesday. This rainfall could cause life-threatening flash flooding in the western Azores.

Swells generated by Lorenzo are spreading across much of the North Atlantic basin. These swells are likely to cause life-threatening surf and rip current conditions.

Here are some more interesting statistics provided by Dr. Klotzbach:

By September 29, Lorenzo has surpassed Humberto for 2nd place for 2019 Atlantic Accumulated Cyclone Energy by a hurricane. However, Dorian will retain the top spot, since Lorenzo will become post-tropical in 4-5 days.