Tropical Cyclone "Mitag," known as Onyok in the Philippines, formed on September 28 while it was east of Luzon, Philippines. It soon became a Severe Tropical Storm and reached typhoon status on September 29. This is 18th named storm of the 2019 Pacific typhoon season. 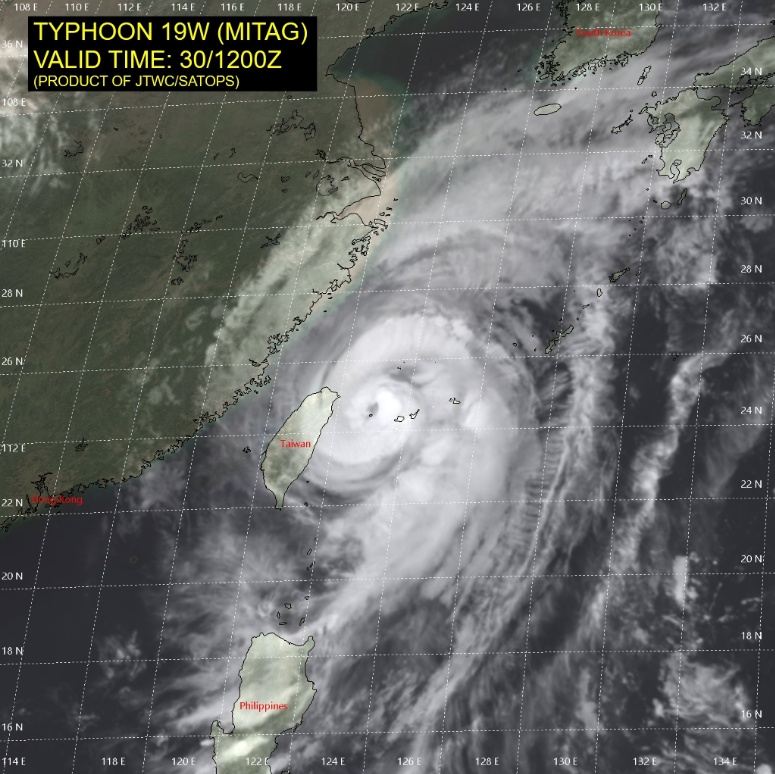 Mitag is expected to pass east of Taiwan today and tomorrow, approach eastern China's Shanghai on October 1 and 2, move over southern South Korea on October 2 and then into Japan where at least 2 landfalls are expected on October 4 and 5.

Heavy rainfall and strong winds are forecast over the Batanes and Babuyan Islands region, Philippines as well as over Taiwan, northern Fujian Province and eastern Zhejiang Province through October 2.

There is high uncertainty in the near-term intensity forecast because of the proximity of the track to China and Taiwan. Dynamic model guidance is in overall strong agreement, despite NVGM and JGSM maintaining their track offset to the east. However, the timing and location of re-curvature of the remaining models show significant along-track speed differences after 15:00 UTC on October 2, leading to fair overall agreement in this portion of the track forecast. 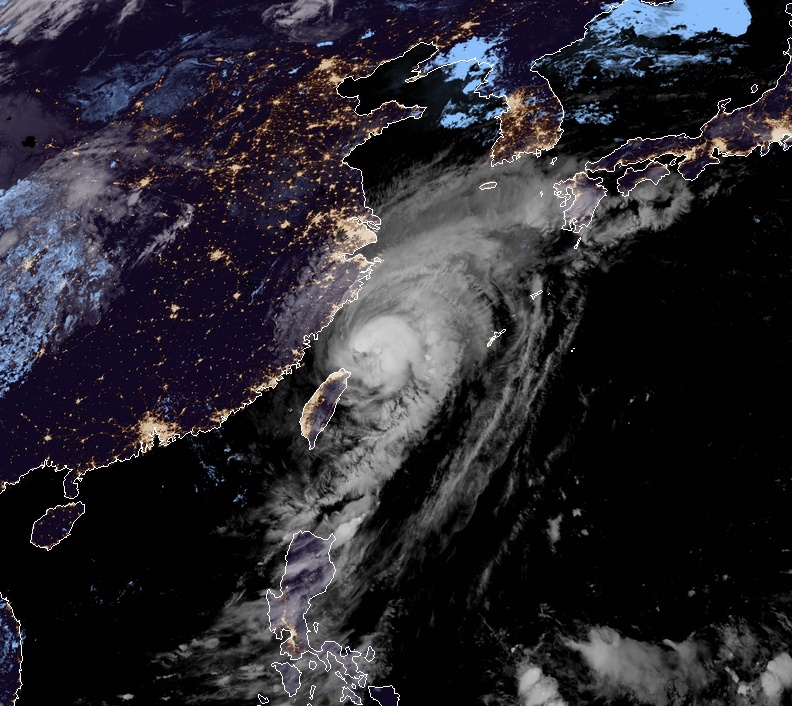 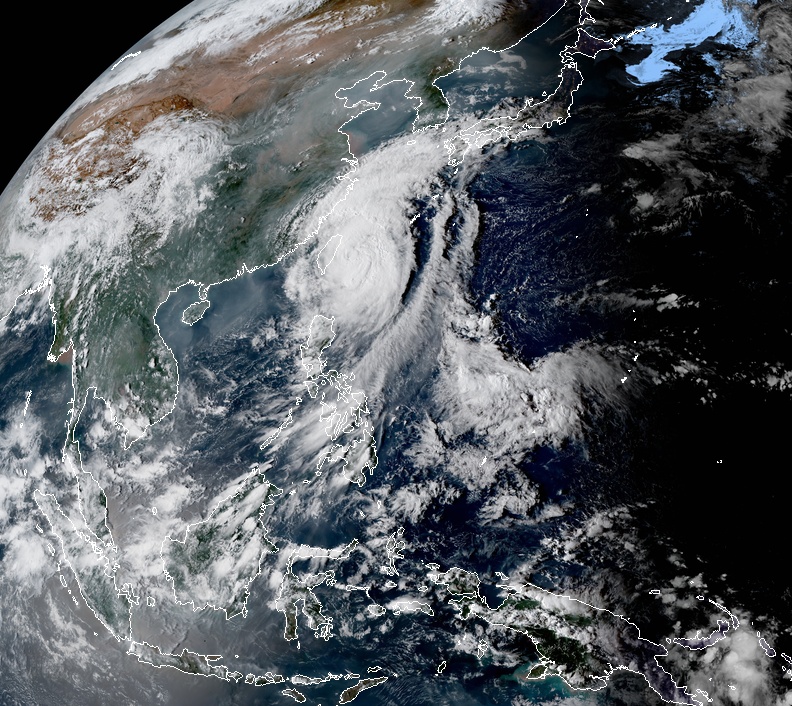