The volcano continues to be restless. Most of the time, its crater is only steaming, but occasionally, strong steam-driven explosions, such as the one on the video below, happen.

"These so-called surtseyan explosions are driven by violent interaction of magma or hot rocks or other fluids in the conduit with water, as the vent is still flooded. The video shows typical jets of dark trails of ash and steam ("rooster tails") as well as dangerous white steam surges spreading laterally over the ground. Overall, seismic activity at Krakatoa remains well above background," volcanologist Tom Pfeiffer of VolcanoDiscovery explained. 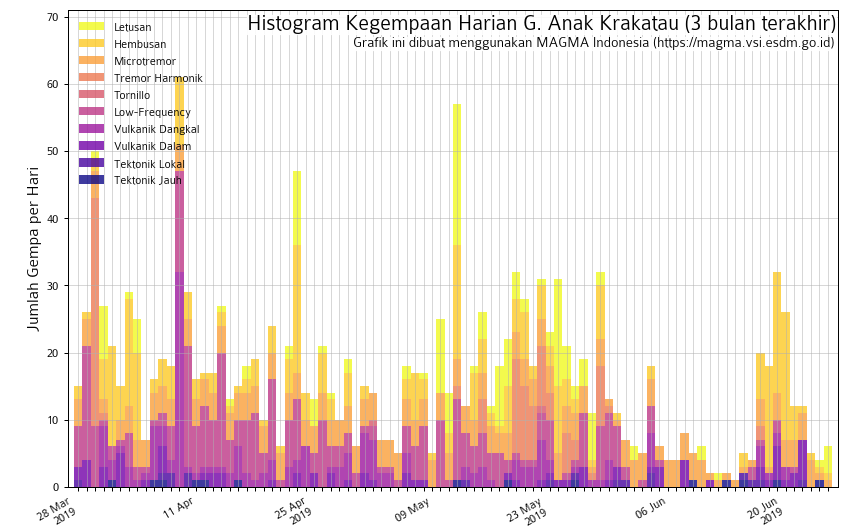