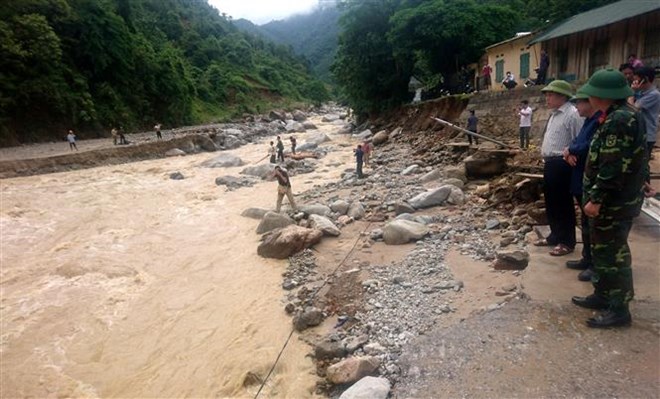 According to media reports, as of June 26, one person died and three are missing. At least 30 houses have been flooded, several roads, including the national highway and the provincial highway, have been damaged by landslides and a bridge collapsed.

Seven houses in the Lai Châu province were swept away by floods, along with 46 ha (113 acres) of rice and crops. As many as 500 head of cattle and poultry were killed, Vietnam Plus reports. Meanwhile, floods submerged 24 houses in the neighboring Lao Cai Province and damaged one suspension bridge in Sa Pa district along with several roads and irrigation works.

The Central Steering Committee on Natural Disaster Prevention and Control instructed the northern provinces to organize forces to quickly overcome flood consequences and to monitor high-risk areas and dykes in order to timely evacuate residents in emergencies situations.

Since the beginning of 2019 to June 20, 23 persons died or went missing in natural disasters across Vietnam. The economic losses were estimated at over 337 billion VND (14.56 million USD).

For the next 24 hours, moderate to heavy rain with thunderstorms is forecast over the affected province.