The rainfall started on May 28 and intensified on June 2. The country's southwestern municipality of Ghat has been severely affected, including Silila, Ta’ala, Ghat, Albakat, Saya, Alfiywat, Al-Sharika and Al-Siniyah, UN OCHA reports.

The rainfall and thunderstorm are expected to continue, decreasing in intensity in the coming days and the water levels have not receded. Floodwaters vary between 0.5 to 2 m (1.6 – 6.5 feet) depending on the area.

70% of the municipality were flooded, causing severe damage to infrastructure, houses and farmland and leaving the town of Ghat without power and water. Ghat hospital was partially flooded and service provision has been affected. The official exams for elementary and middle school scheduled for next week have been postponed.

There is a risk of running out of fuel and domestic commodities due to infrastructure damage. 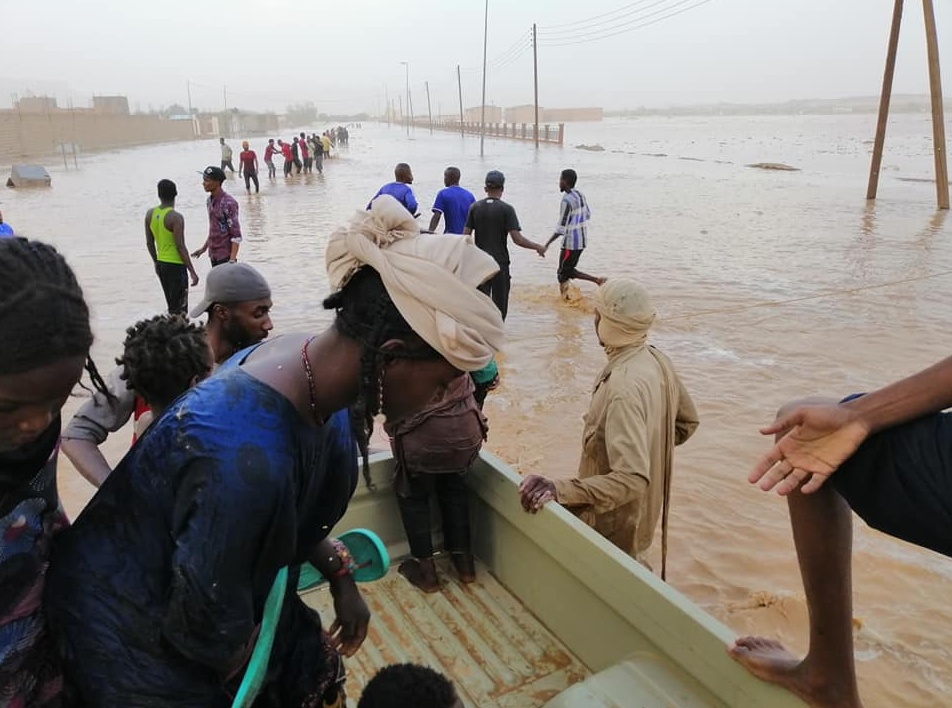 Four people died, including three children, and about 30 suffered minor injuries, according to UN OCHA. Over 20 000 persons have been affected and about 2 500 are currently displaced to nearby areas.

Search and rescue operations are ongoing and Ghat municipality's Emergency Cell has been activated composed of local authorities, police and the Libyan Red Crescent.

The Government of National Accord has declared a disaster in the town and allocated LYD 10 million (7.1 million USD) to the Ministry of Interior to send urgent aid supplies to help the stranded people, who were accommodated in four schools.

Officials warned of a health disaster after sewage mixed with rainwater flooded the town's residential areas.

The health sector has confirmed that there are adequate medical supplies and professional assistance but that nurses, midwives, and psychological support are needed. Health partners are in discussions on to how to address these needs.

In the south-west of Libya, we have made it clear that we are second- or third-class citizens. But to us God pic.twitter.com/ZStsVIc2k1

As situation worsens, Libyans from across the southern region have been gathering donations & sending assistance to #Ghat

Numbers to call if you would like to help