Scientists are recording increased seismicity beneath the long-dormant Udina volcano since December 2017. Observed activity may indicate the presence of magma intrusions with a high content of melts and fluids, which may justify changing the current status of this volcano from 'extinct' to 'active.'

"When a volcano is silent for a long time, its first explosion can be catastrophic," said Ivan Koulakov, lead author of a new study released recently in Journal of Volcanology and Geothermal Research. Koulakov is the head of the seismic tomography lab at the Russian Institute of Petroleum Geology and Geophysics.

The Udina complex, consisting of two stratovolcanoes – Bolshaya and Malaya Udinas – is located at the southeastern edge of the Klyuchevskoy volcano group (KGV) in Kamchatka. Prior to 2017, it was considered to be extinct; however, since late 2017, continuing seismic activity beneath Bolshaya Udina has been recorded, which may indicate the possible awakening of this volcano complex, scientists said in abstract of their study.

"To perform a detailed investigation of this seismic process, we installed four temporary seismic stations in the vicinity of the Udinas volcanoes and operated them for two months -from May to July 2018," the team said. 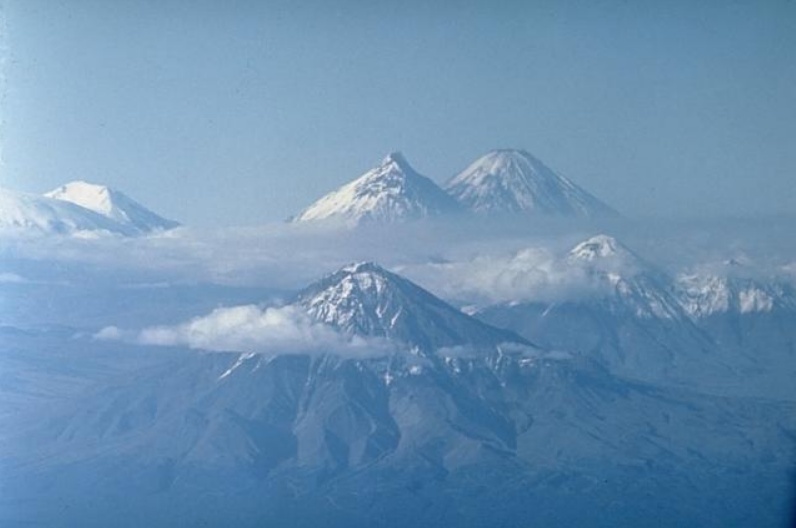 "Using the data obtained from this network, we detected and localized 559 local events in the area. Furthermore, we performed a tomographic inversion to improve the locations of the sources.

"The tomography unexpectedly resulted in a stable model, which was carefully verified via a series of different tests. We found that the seismicity formed an elliptical cluster oriented in the north-northeast–south-southwest direction.

"Beneath the volcano, the seismicity occurred at depths of greater than 5 km [3.1 miles] from the surface. In the tomography model, we observed an anomaly of a high Vp, low Vs, and high Vp/Vs ratio located directly beneath Bolshaya Udina.

"These seismic properties may indicate the presence of magma intrusions with a high content of melts and fluids, which may justify changing the current status of this volcano from 'extinct' to 'active.' We also observed that the seismicity cluster connects Bolshaya Udina with the Tolud zone, where continuous seismicity has been observed at depths of approximately 10 – 20 km [6.2 – 12.4 miles] in previous years. This zone is considered to be a magma storage in the lower crust that contributed to feeding the fissure eruptions in the Tolbachinsky Dol. Based on the results of this study, we conclude that during 2018, the Tolud magma source appeared to have built another pathway to Bolshaya Udina."

It is impossible to predict whether an eruption would occur, Koulakov said. "Undoubtedly, now we need to closely monitor Udina." 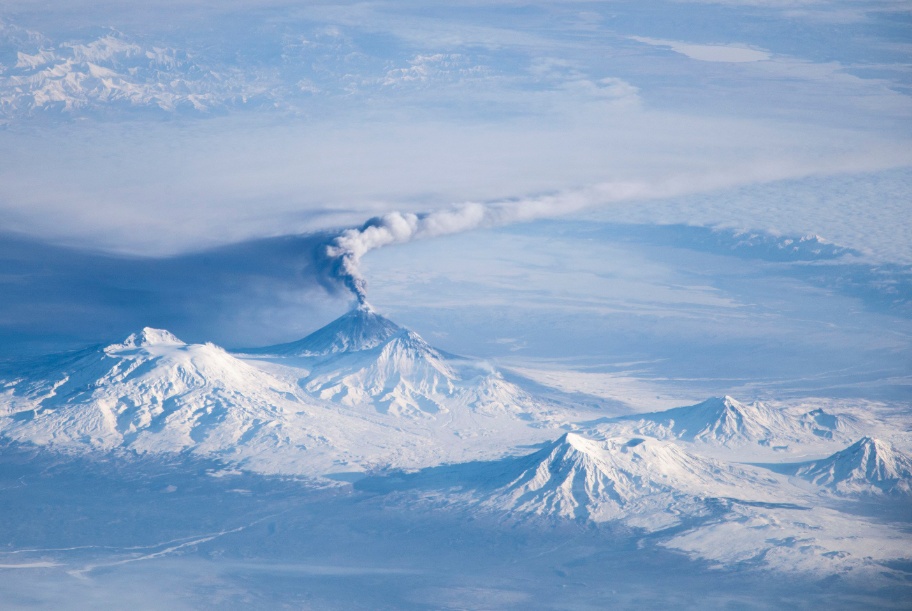 "Unrest of the Udina volcano in Kamchatka inferred from the analysis of seismicity and seismic tomography" – Ivan Koulakov et al. – Journal of Volcanology and Geothermal Research – https://doi.org/10.1016/j.jvolgeores.2019.05.006

The Udina volcanic massif consists of two conical stratovolcanoes constructed along a WNW-ESE line at the south end of the Kliuchevskaya volcanic group, SE of Tolbachik volcano. The andesitic western volcano, Bolshaya Udina, has a prominent lava dome on its SW flank.

The basaltic Malaya Udina rises above a low saddle at the eastern end of the complex; small lava domes also occur on its flanks.

This volcano is located within the Volcanoes of Kamchatka, a UNESCO World Heritage property.