A significant outbreak of severe thunderstorms, violent tornadoes, and heavy rain is expected across the U.S. Plains on Monday, May 20, 2019. 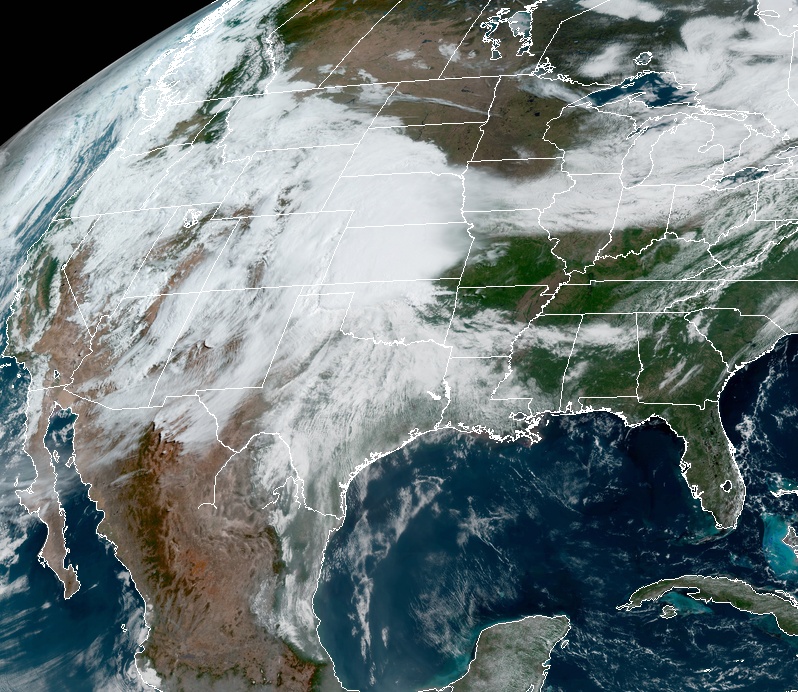 AccuWeather meteorologists said they are concerned that this latest outbreak will be even more significant than the days of severe weather late last week and over the weekend.

Around midday Monday (LT), NWS SPC highlighted a small corridor from the northeastern part of the Texas Panhandle to central Oklahoma in a 45 percent probability of EF2 – EF5 tornadoes to occur within 15 km (25 miles) of a point.

This is the first time a 45 percent tornado area has been issued by the SPC since April 14, 2012, AccuWeather meteorologist Renee Duff noted. 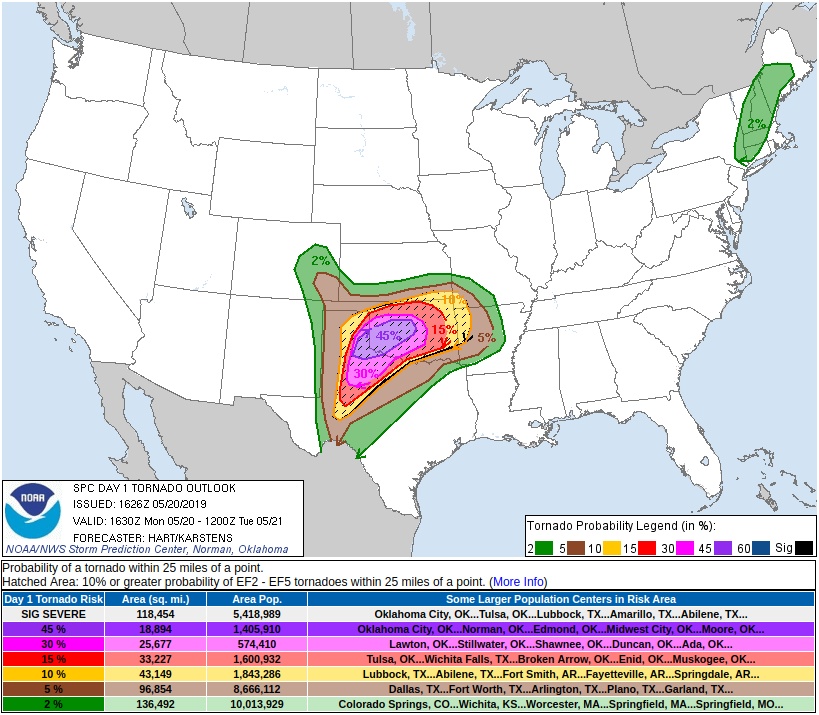 "The greatest threat for large and devastating tornadoes will exist from southern Kansas through west-central Oklahoma and eastern parts of the Texas Panhandle. Residents in this area should be prepared to take cover in a basement or storm shelter at a moment's notice."

"It is likely that the storms will develop rapidly and begin producing tornadoes within 30-60 minutes after initiating," Duff said. 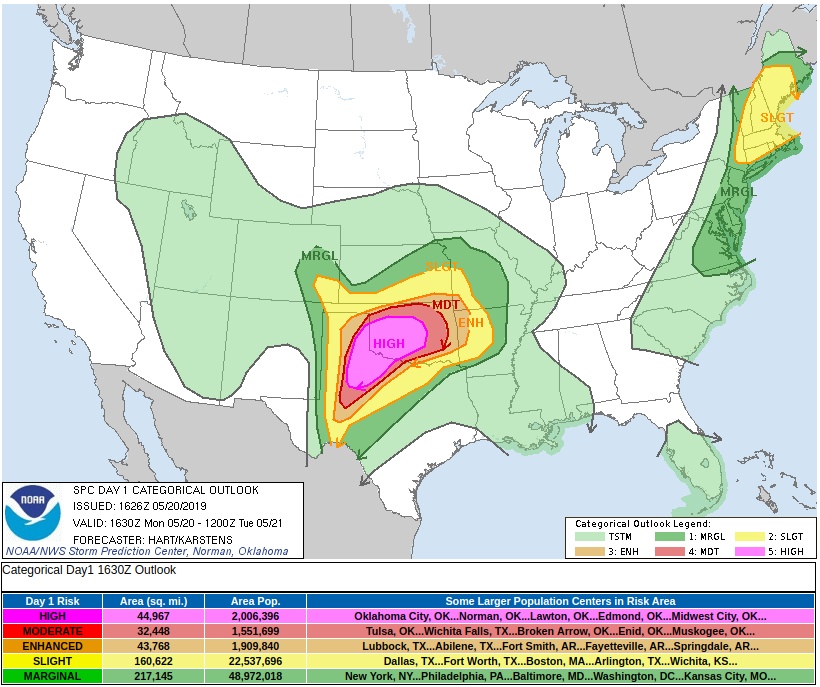 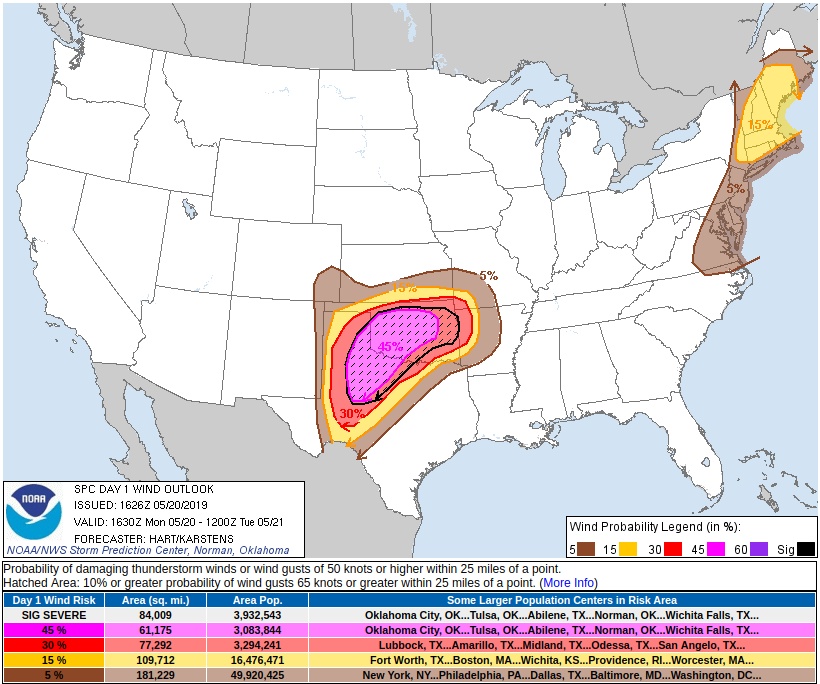 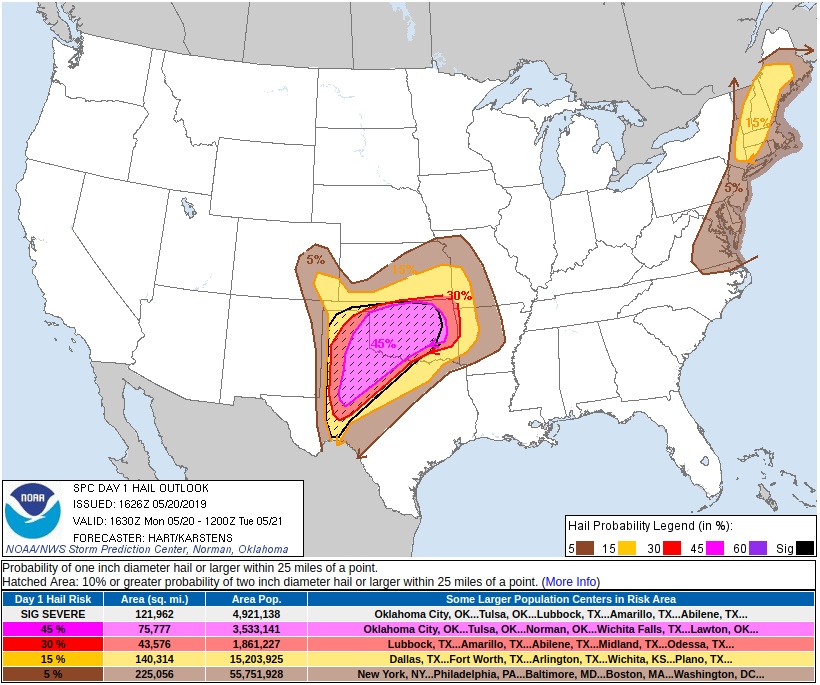