An unusually intense thunderstorm brought by yet another atmospheric river hit Southern California on Tuesday night, March 5, 2019, stretching from southern Kern County past the Channel Islands.

Shortly after 20:00 PST, the National Weather Service recorded 1 489 pulses of lightning off the coast in just 5 minutes, 231 over Santa Barbara County and 40 in Los Angeles County.

"It's a lot," said NWS meteorologist Kathy Hoxsie. "We usually don't get that."

"That's a pretty intense system," said AccuWeather Senior Meteorologist Paul Walker. "It indicates the strength of the storm that's coming on shore from the Pacific Ocean."

Santa Barbara County issued an evacuation order for an estimated 3 000 residents of communities living below recent burn scars, including parts of Montecito where debris flow in January 2018 ravaged neighborhoods and killed more than 20 people.

The evacuations were canceled Wednesday as significant debris and mudflows did not materialize. 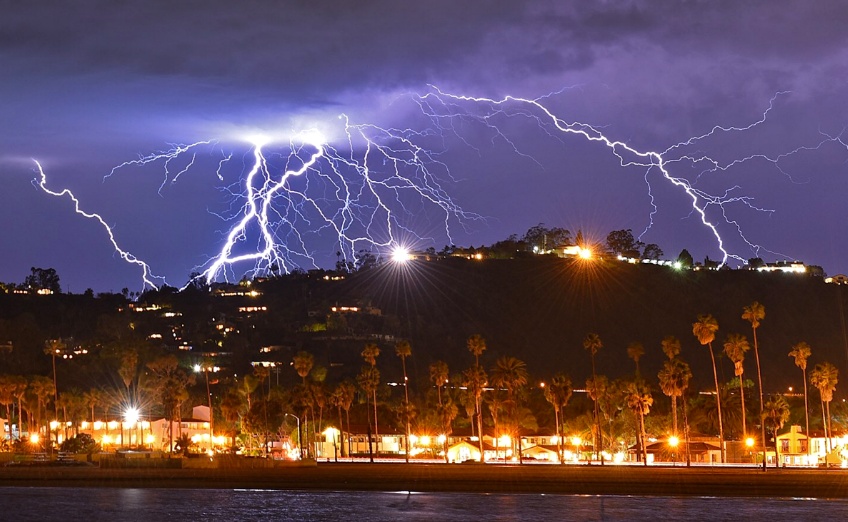 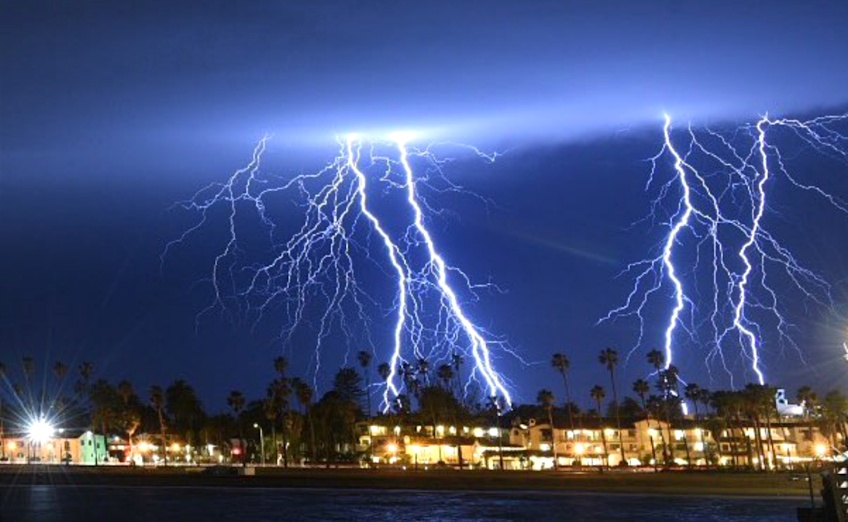 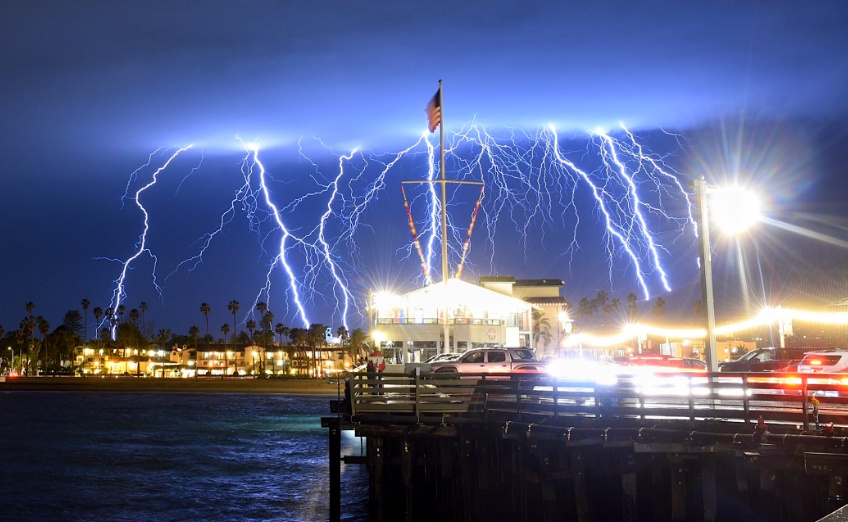 The threat for heavy rain and burn scar flash flooding will continue in California through Thursday, March 7.

Additional energy moving eastward over the Pacific will rotate around the upper-level low moving into California by Thursday evening and advancing eastward to the Northern/Central Plains by Saturday, March 9, NWS forecaster Ziegenfelder noted.

The energy will aid in producing an increase of snow over parts of the Great Basin on Friday that will expand into the Northern/Central Plains overnight Friday and into parts of the Upper Mississippi Valley by Saturday.