Category 2 Tropical Cyclone "Oma" is forecast to approach the coast of southern Queensland, Australia this weekend. The cyclone is already affecting the state and warnings are in place for higher than normal tides and dangerous surf.

Forecast track issued by the Australian Bureau of Meteorology at 07:00 UTC (17:00 local time), February 21, 2019, shows the system moving closer to Queensland and into BOM's area of responsibility. A Tropical Cyclone Watch is in effect since 11:00 local time, covering the coast from Bundaberg in Queensland to Ballina in New South Wales. 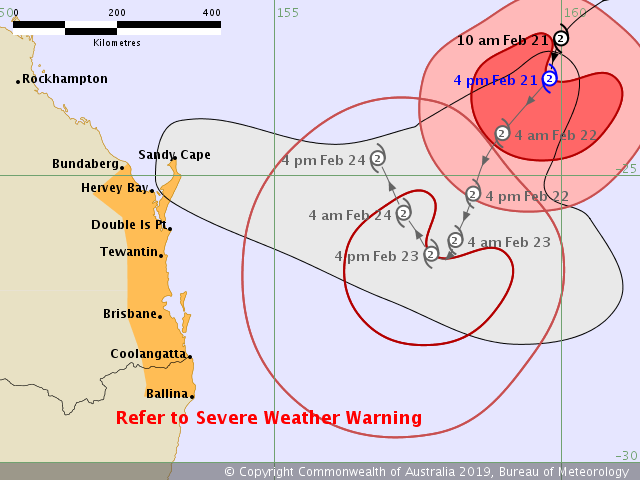 Bruce Gunn, Queensland State Manager, said the effects of Oma are already being felt along the Queensland coast with warnings in place for higher than normal tides and dangerous surf conditions developing south of Seventeen Seventy causing coastal erosion for exposed beaches.

"Surf and swell conditions will be hazardous for coastal activities such as rock fishing, boating, and swimming and many beaches are already closed for public safety," Gunn said.

Seas and swell are also expected to increase well ahead of the approach of the cyclone, and these conditions present a danger for even the most experienced swimmers and surfers, the Bureau warns. It's safest to stay out of the water. 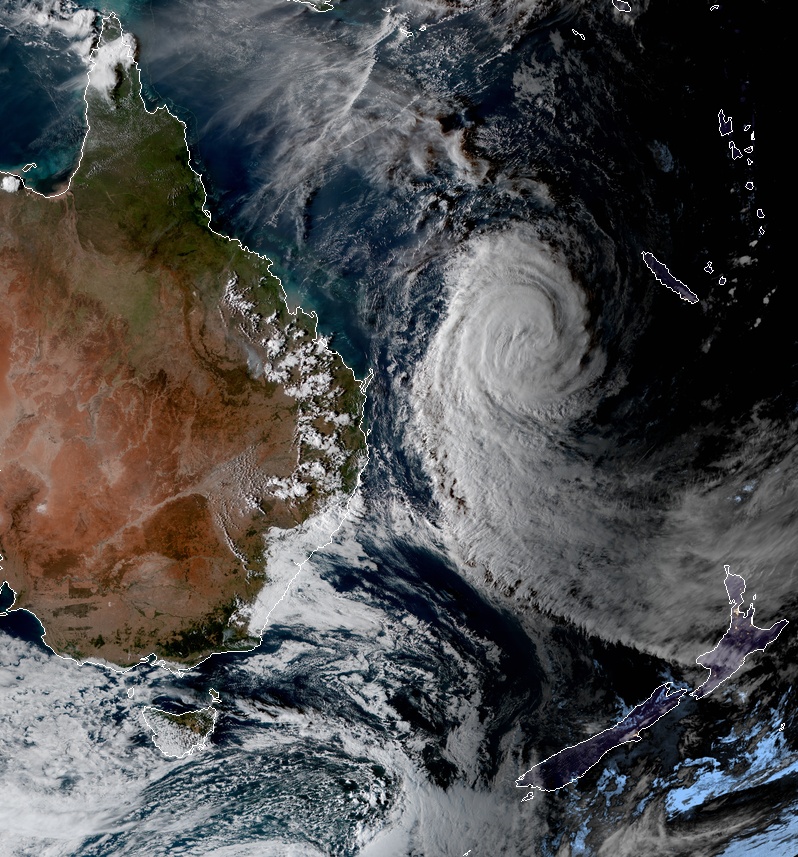 "Forecast certainty is shaping up to see the most likely scenario that Cyclone Oma will approach the coast this weekend, and a coastal crossing cannot be ruled out at this stage," Gunn said.

"Gale force winds are possible for exposed coastal beaches, combined with heavy rainfall. The Bureau has issued a Flood Watch from Gladstone to the New South Wales border. Forecast rainfall totals are largely dependent on the cyclone track, and there still are a wide range of scenarios at this point," said Mr. Gunn.

While it is unusual for a cyclone to track this far south, it is not unprecedented, BOM said, adding that each tropical cyclone is unique and it is difficult to make historical comparisons. 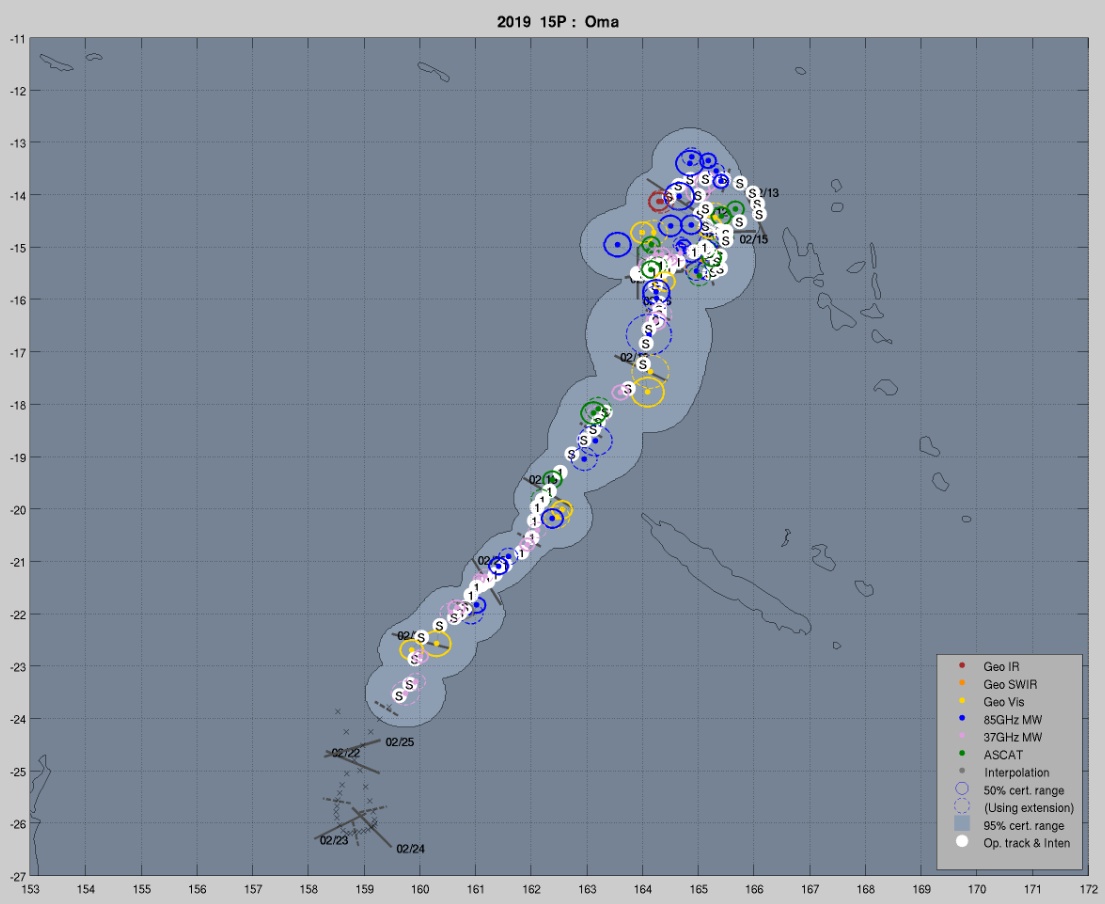 Cyclone "Nancy" of 1990 was the last cyclone to directly impact Brisbane, although it did not make landfall but rather grazed the coast near Byron Bay before moving offshore. The main impacts were coastal erosion and flooding for Gold Coast beaches and the adjacent Hinterland.