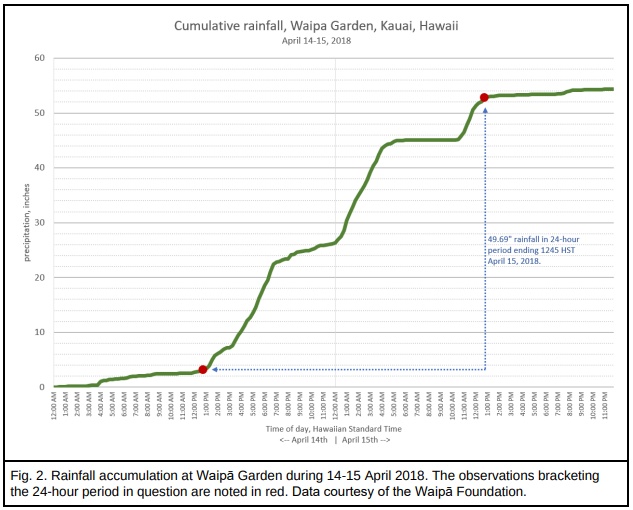 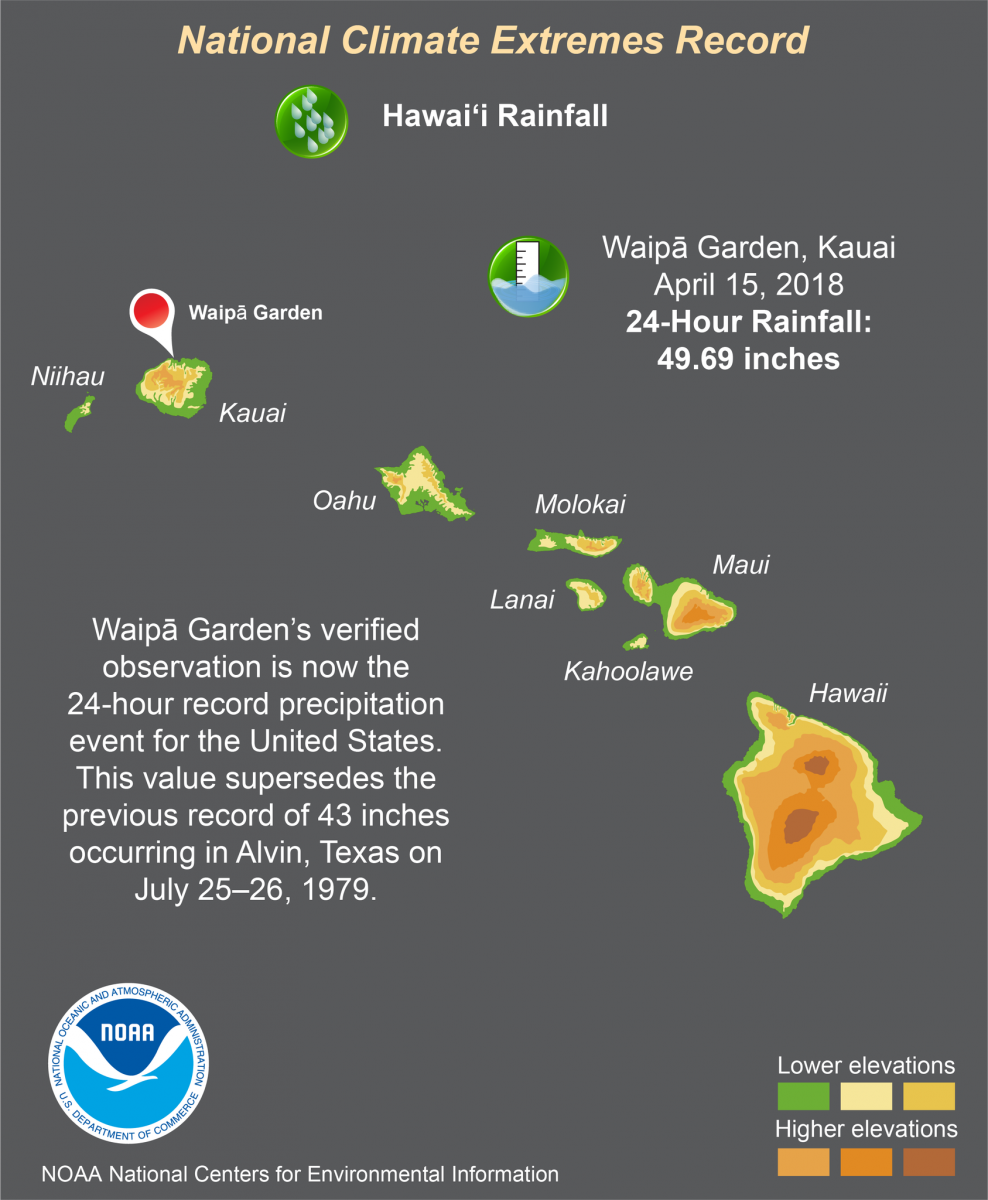 A warm, unstable surface layer and deep moisture prevailed across the region. An upper level low west of the Hawaiian Islands, combined with a subtle mid-level trough nearer to Kauai, acted to further destabilize the atmosphere.

This, combined with the absence of any notable inversion layer in the region, further enabled deep convection as a mode of precipitation. Breezy trade wind flow advected moisture to and through the region, maintaining a supply of warm, moist surface air to fuel convection.

Any national or state record precipitation value is by nature unanticipated. However, heavy rain, with embedded deep, sustained convection, was anticipated and observed across much of Kauai during the 14th and 15th. Flash flood warnings were numerous, and significant to catastrophic flooding was documented across much of the island.

You can learn more about the effects of this rain at the following link:

This rainfall record, already familiar to the applied climatology community, was established by the NCEC when originally constituted in 2000.