"For the entire nation, including Alaska and Hawaii, precipitation increased by about 4% in the period from 1901 to 2015," Henson added. 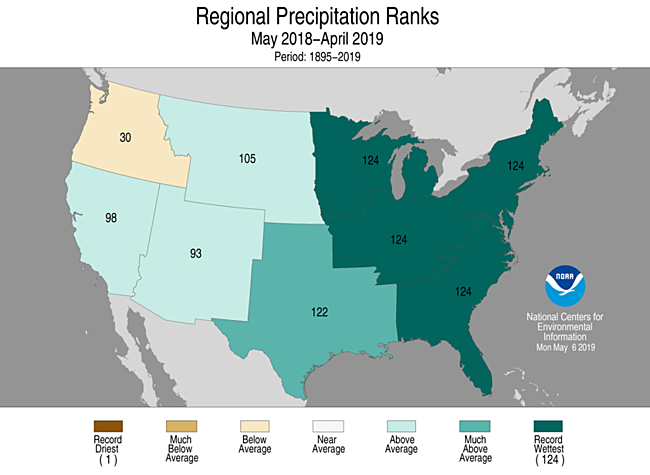 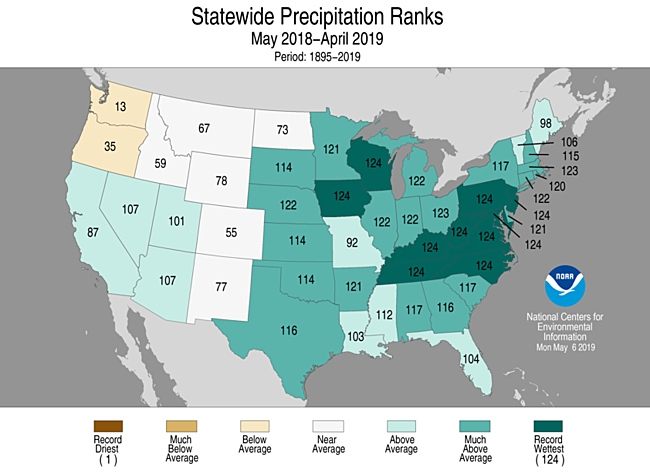 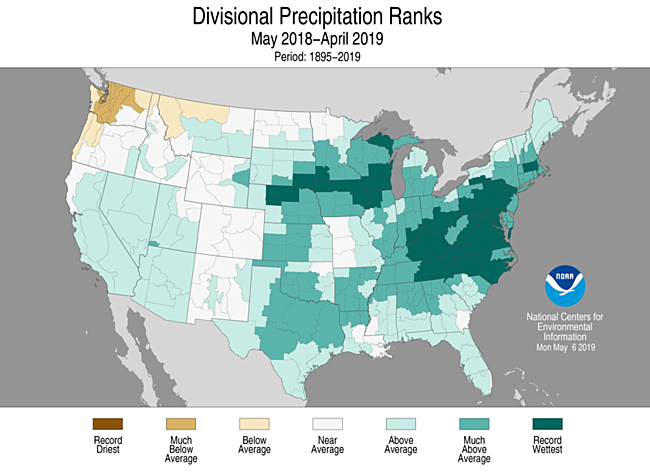 All that rain left only 2% of the country in drought, which is the 2nd smallest drought footprint on record at the end of April. 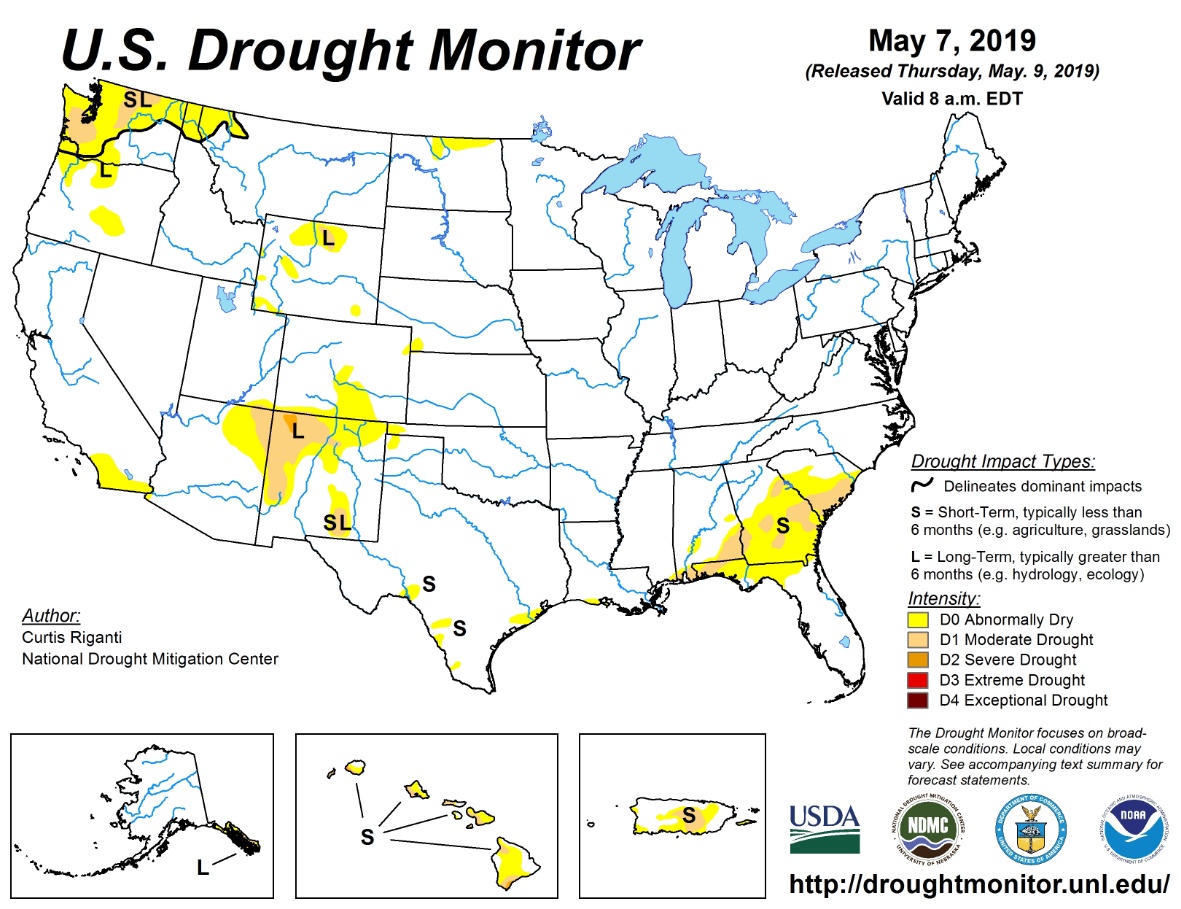 See the previous three years below: 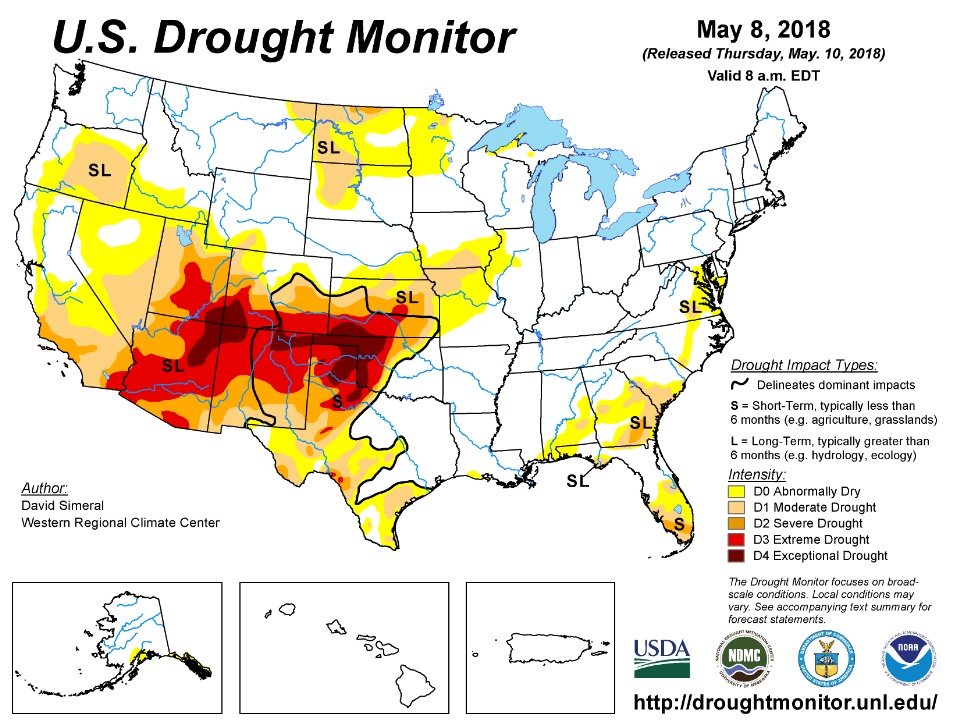 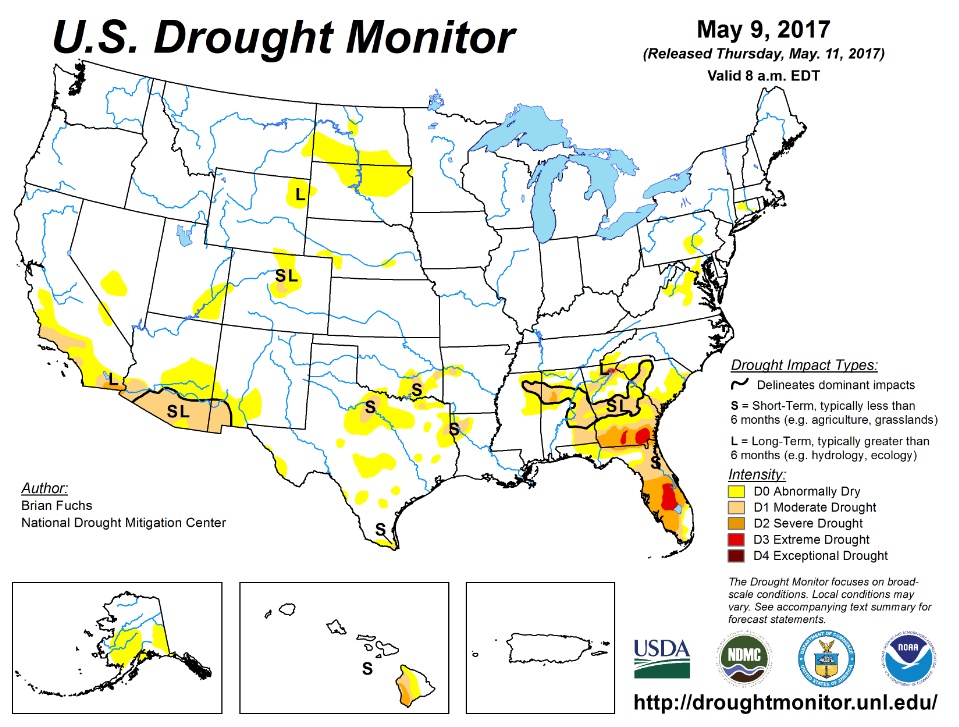 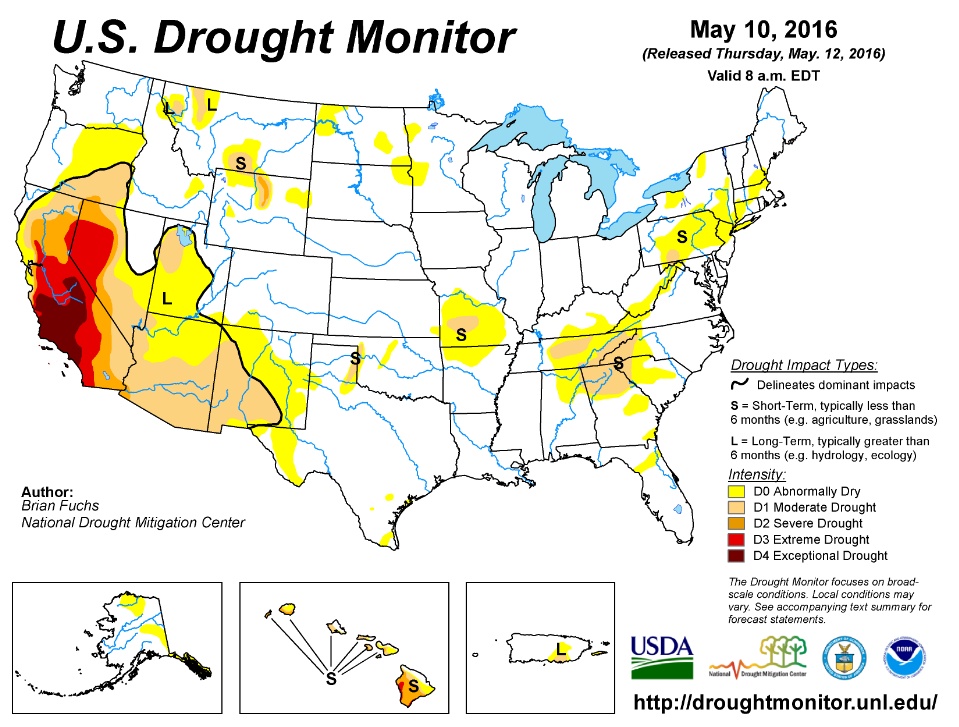 "The ten wettest 12-month spans in the contiguous U.S. are clustered around several periods when major events pushed the numbers up in a big way. Over the past year, we’ve had Hurricane Florence in the Southeast, as well as a remarkably soggy autumn in the Midwest and the nation’s wettest winter on record. In 2015-16, we saw the wettest months on record in both Texas and Oklahoma (May 2015) and the Southeast flooding related to offshore Hurricane Joaquin (October 2015)." 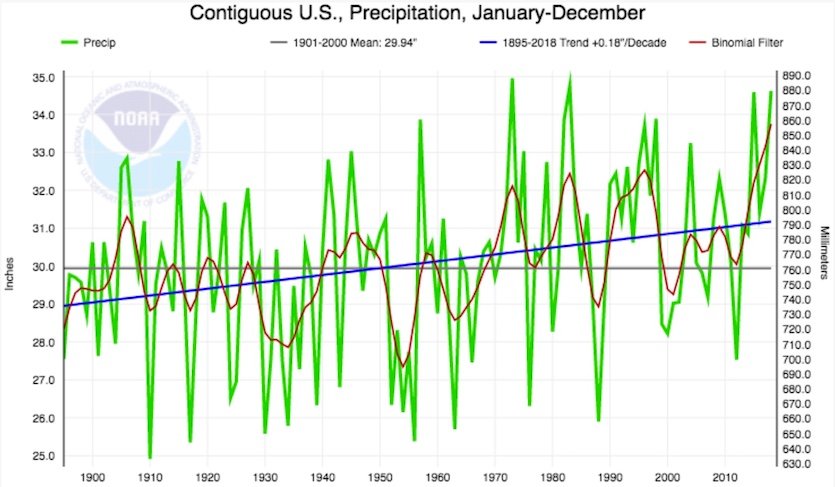 Annual precipitation across the contiguous U.S. has increased by about 7% over the past century. Blue bar shows the linear increase since 1895, while the red curve is a smoothed version of the year-to-year numbers in green. When averaged over running four-year periods (not shown), the past four years are the wettest on record for the contiguous U.S. Image credit: NOAA/NCEI.

You can read the rest of Henson's analysis here.