A powerful Pacific storm will hammer the West Coast into Friday, January 18 with strong winds, heavy rain and heavy mountain snow, NWS warns. Heavy rain will bring a threat of flash flooding along recent burn scars while blizzard conditions are expected in the Sierras. Meanwhile, two winter storms will bring areas of heavy snow and freezing rain followed by bitter cold into this weekend from the Plains to the Northeast.

A major winter storm will hammer much of California through early Thursday, January 17 as a deep surface low tracks towards the coast, NWS forecasters Hamrick and Reinhart noted January 16.

An impressive surge of deep moisture ahead of the cold front through Wednesday night will produce widespread heavy rain across the lower elevations of the West Coast states, with 51 to 102 mm (2 to 4 inches) of rain likely for many areas.

A broad slight risk area for excessive rainfall encompasses much of central California, and a moderate risk for the mountainous terrain near Los Angeles, along with the possibility of mudslides.

Blizzard conditions are expected for the higher elevations of the Sierra Nevada through early Thursday with a few/several feet of new snow and winds in excess of 80 km/h (50 mph) forecast.

Very heavy snow is also expected for the mountains of northern California and extending northward across the Cascades. 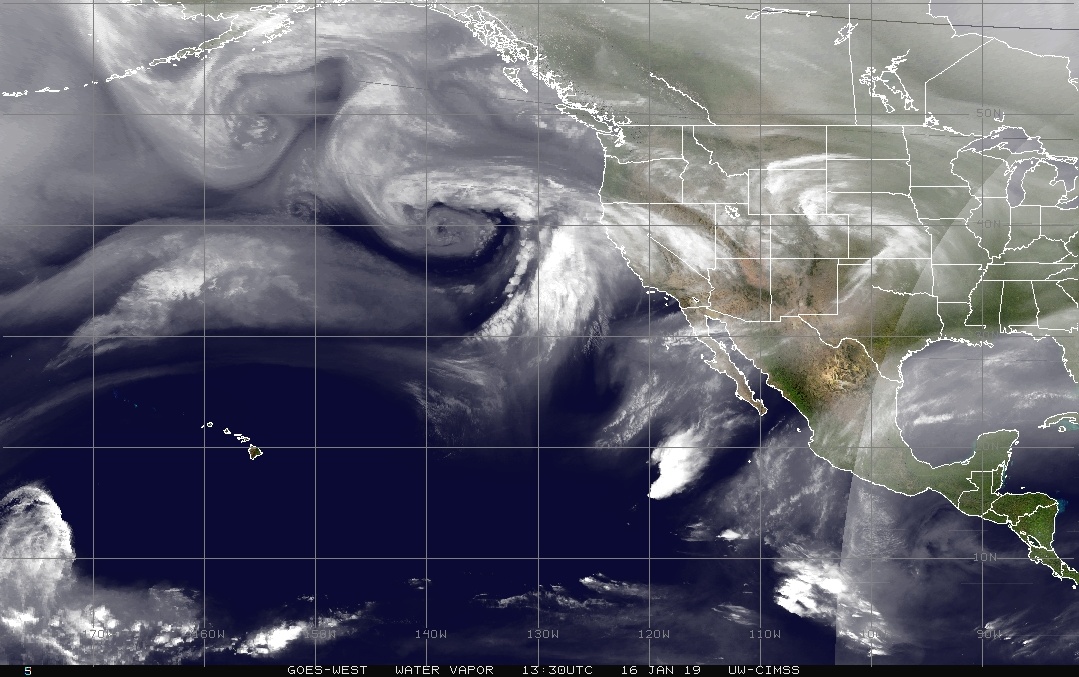 As the storm system moves inland across the Intermountain West, heavy snow is expected from Nevada across Utah, southern Idaho, Western Wyoming, and western Colorado, and these could be heavy at times with over a foot of snow at higher elevations.

A storm with heavy snow is expected to move through the West Wednesday and Thursday, then eastward into the Plains/Midwest, southern Great Lakes, and interior New England Friday through Sunday. In its wake, bitter cold temperatures with dangerous wind chills will overtake a large part of the central and eastern U.S. Credit: NOAA NWS/WPC

There should be enough moisture with this front to produce some light snow over the lower Great Lakes and across New England. 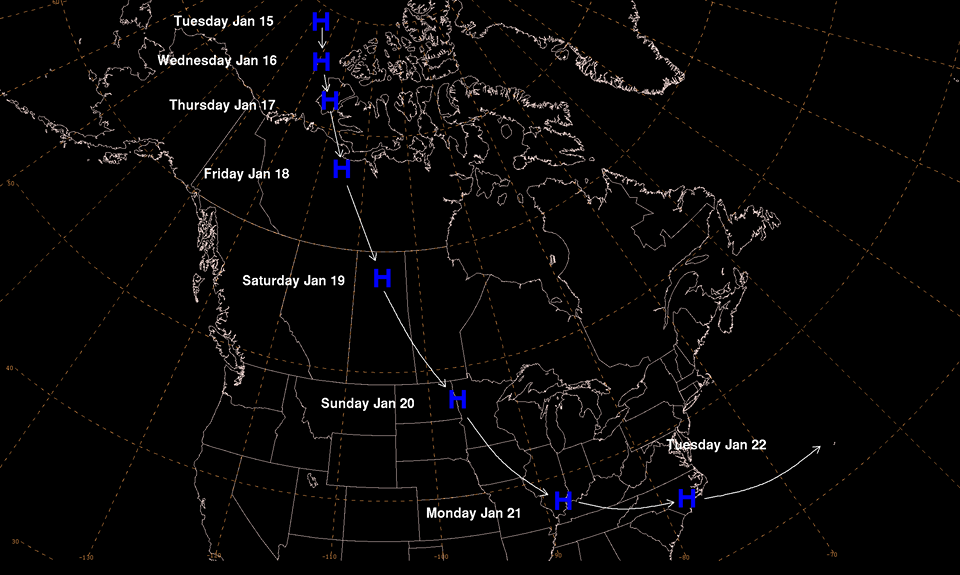 Image shows the trajectory of the large Arctic surface high that will bring frigid temperatures to much of the central and eastern U.S. for the weekend and into early next week. That surface high is currently near 75 degrees north over the Arctic Ocean and is currently 1 047 hPa. All of the dates listed on the image are forecast times valid at 12:00 UTC. Credit: NOAA NWS/WPC

With a large surface high over the Gulf Coast region, return flow from the Gulf of Mexico will bring an increase in moisture through eastern Texas and into the central Plains, where some showers are likely on Wednesday.

Along the northern portions of the Great Lakes and Ohio Valley, expect some snow and a wintry mix with this system from Thursday night and into Friday.