Indonesian authorities have raised the alert level for Karangetang stratovolcano from 2 to 3 (Siaga) on December 21, 2018. The last known eruption of this volcano took place on November 25, 2018, forcing authorities to raise to Aviation Color Code to Orange.

The decision to raise the alert level was made due to a sharp increase in seismicity detected over the past couple of days and white plume rising 100 m (328 feet) above the crater on December 21.

Seismicity at the volcano started increasing during the second half of November 2018. 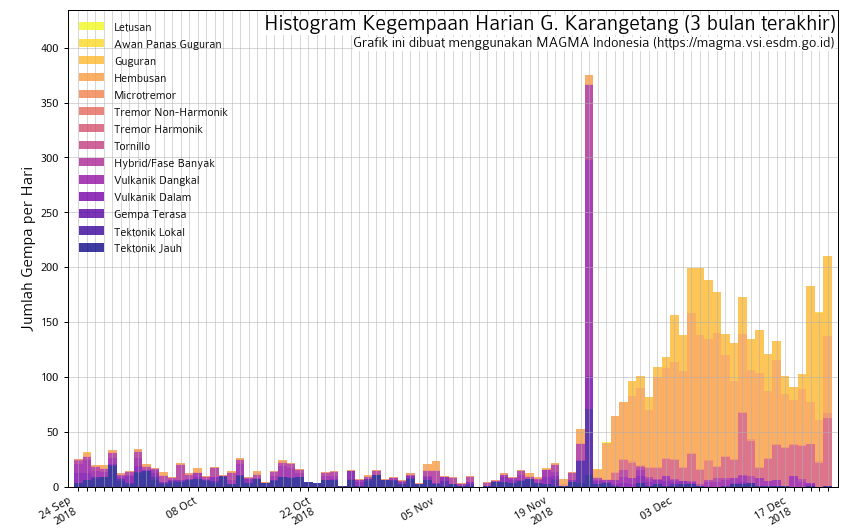 Communities living around Mount Karangetang and visitors/tourists are advised not to approach to volcano within a 2.5 km (1.5 miles) radius of the main and northern crater and within 3 km (1.8 miles) towards the northwest.

Communities living around the banks of nearby rivers are advised to increase their preparedness due to the potential threat of lava flows and lahars.

All nearby residents are urged to prepare nose and mouth masks. 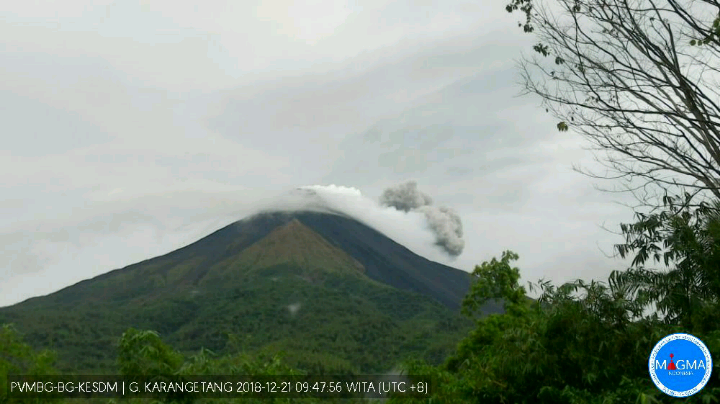 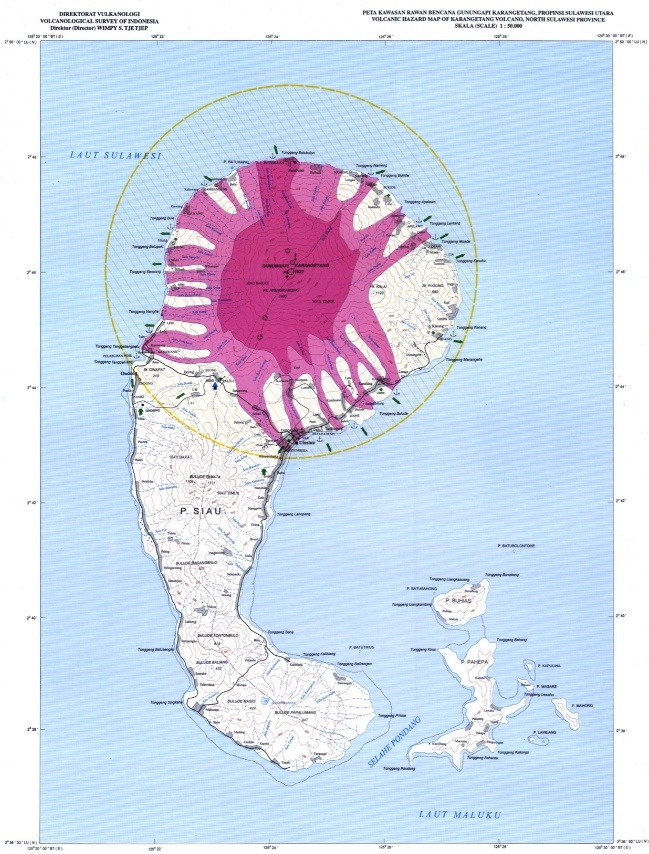 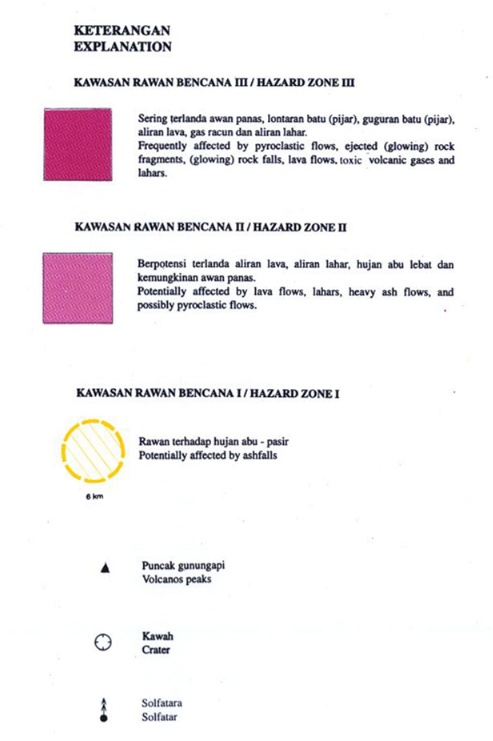 Karangetang (Api Siau) volcano lies at the northern end of the island of Siau, north of Sulawesi. The stratovolcano contains five summit craters along a N-S line. It is one of Indonesia's most active volcanoes, with more than 40 eruptions recorded since 1675 and many additional small eruptions that were not documented in the historical record (Catalog of Active Volcanoes of the World: Neumann van Padang, 1951).