Owen – the first tropical cyclone of the 2018/19 Australian region cyclone season weakened rapidly on December 4, 2018, and was downgraded to a tropical low. However, residents of Queensland are urged to keep an eye on the latest forecasts and warnings released by BOM as remnants of the system could produce heavy rainfall by the end of the week.

The Bureau of Meteorology noted on November 29 that a low-pressure system located over the Solomon Islands had developed into a tropical low. On the following day, as the system approached Papua New Guinea's Tagula Island on a south-westwards track, the Joint Typhoon Warning Center issued a tropical cyclone formation alert, owing to the improving organization of the system.

Fuelled by the warm sea surface temperatures of the Coral Sea, and aided by excellent upper outflow channels, the tropical low continued to strengthen.

At 06:00 UTC on December 2, the Bureau of Meteorology upgraded the system to category 1 on the Australian scale, and gave it the name 'Owen', making it the first tropical cyclone of the 2018/19 Australian season. Owen weakened rapidly on December 4 and was downgraded to a tropical low. 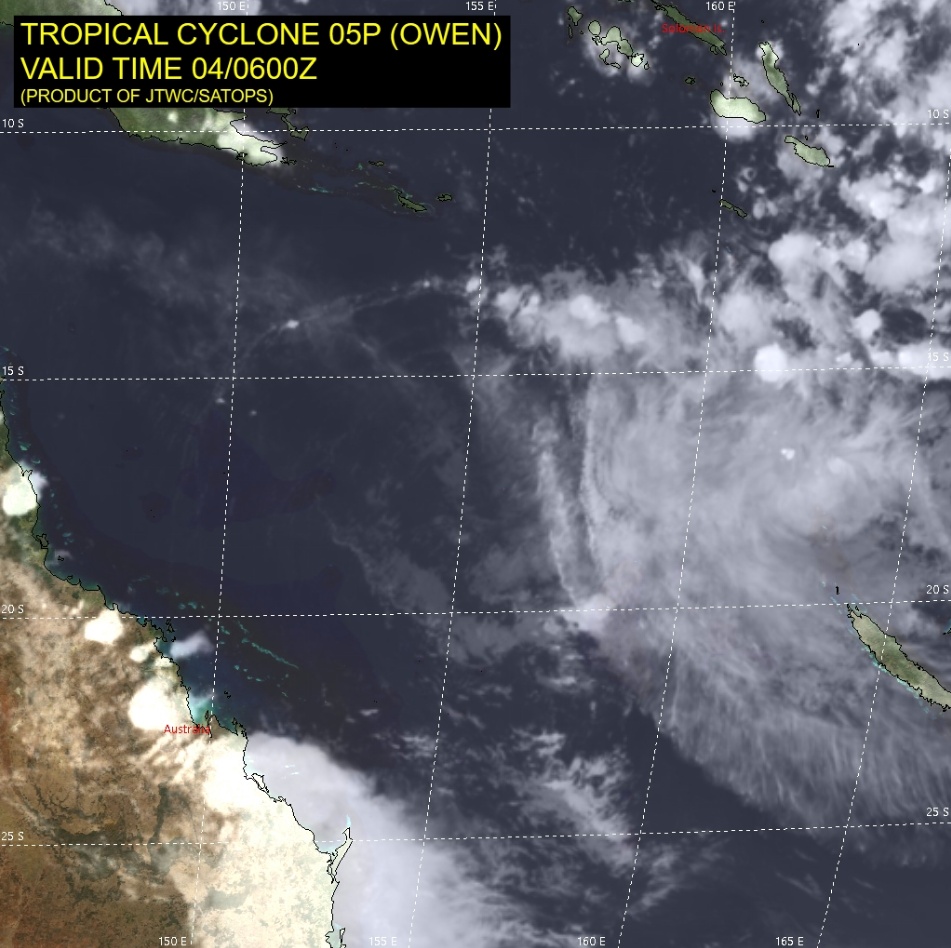 It will remain a low as it moves towards the Queensland coast later this week, but there's still uncertainty in its longer-term movement, meteorologist Sarah Fitton said December 4.

Meanwhile, humidity has increased across eastern Queensland, producing conditions much more typical for this time of the year. Temperatures have finally eased through the south today, but it still remains hot in the north.

"We could see severe storms over central districts, the Wide Bay and the tropical inland today," Fitton said. Rainfall will be very welcome over fire sites, but gusty winds and storms could exacerbate local fire conditions.

Southeasterly winds will freshen along the coast on December 5, in this squeeze between the ex-cyclone and a building ridge of high pressure to the south.

Temperatures will ease further through most of the state and heavy rainfall is a risk along central and northern parts.

By later this week the remnants of the ex-cyclone may approach the coast and could produce heavy rainfall about central and eastern tropical parts. But lots of uncertainty remains in the movement of the system in the longer term, Fitton concludes.