With severe to extreme heatwave conditions set to continue and 144 bushfires still burning, Queensland authorities are warning people to remain on high alert into the weekend and next week.

On November 30, 2018, Queensland firefighters are still battling 144 bushfires burning across the state which already saw 200 fires this week. The government rated the danger as 'catastrophic' on November 28, for the first time in the history of the state.

"What we experienced yesterday was off the charts," Queensland Premier Annastacia Palaszczuk said Thursday, November 29. "No one has ever recorded these kinds of conditions ever in the history of Queensland."

“This is something Queensland has never seen before and our agencies are dealing with this in such a professional manner I couldn’t be more proud as Premier.” – @AnnastaciaMP #9Today pic.twitter.com/b9BuRvHgD8

Crews have been confronted with high temperatures and 'unimaginable' conditions, Queensland Fire and Emergency Services said. "But due to all the proactive work conducted over the last several days, we have lost a minimal amount of houses, thankfully."

Extreme temperatures have also taken down 15 firefighters with heat stress.

At least two homes, two cabins and 15 sheds have been destroyed, with a further 14 homes damaged, since the crisis began on Saturday, November 24, forcing thousands of people to evacuate. 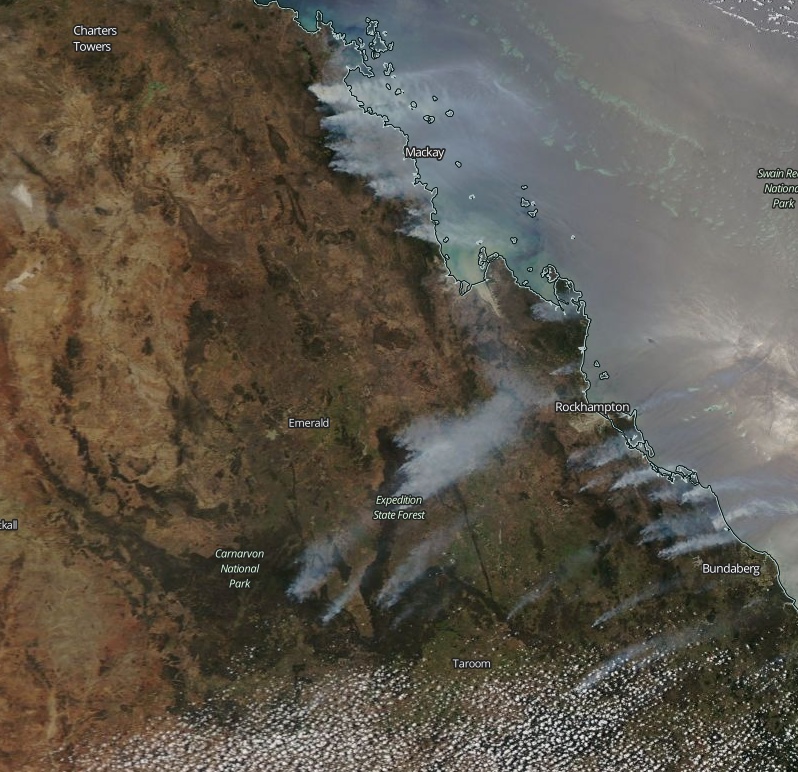 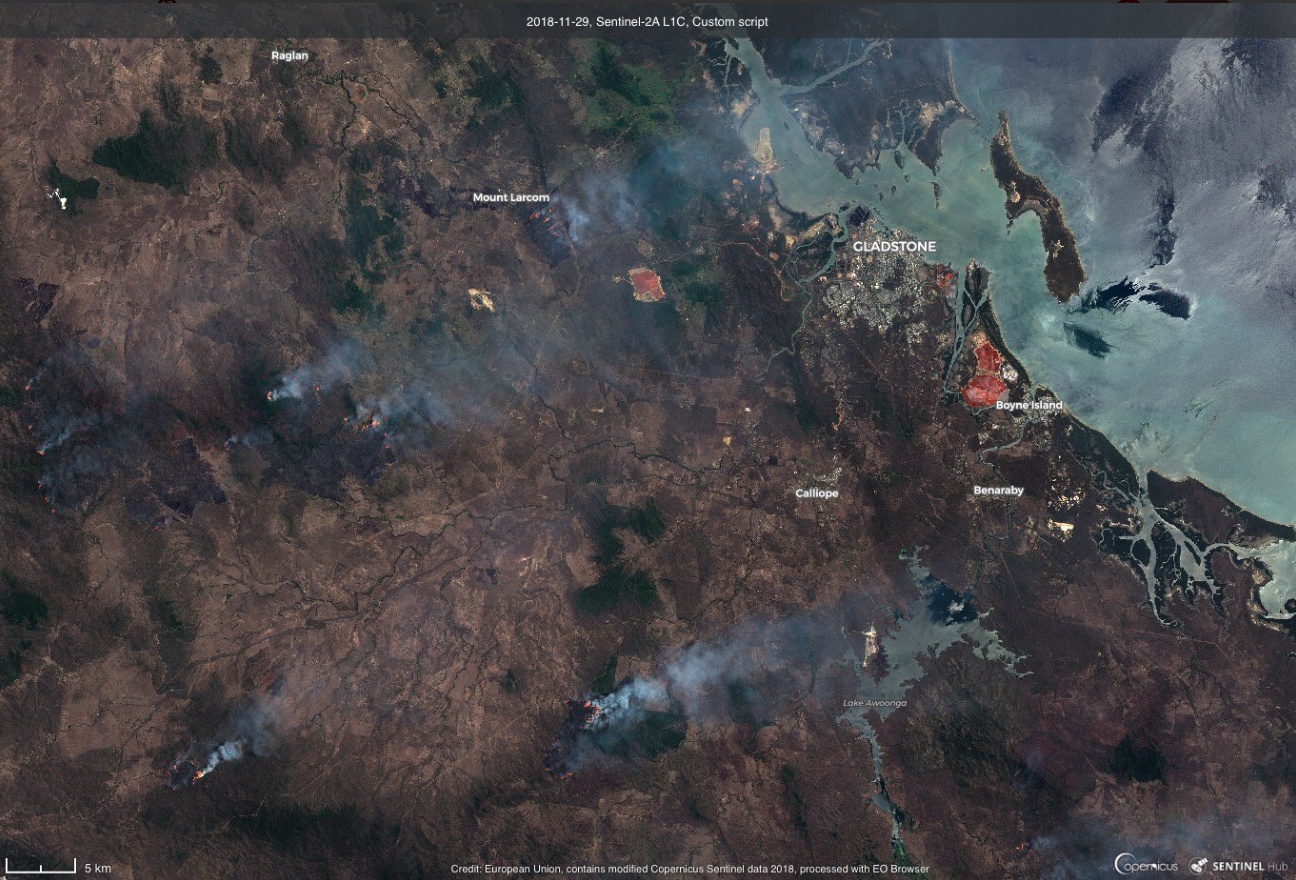 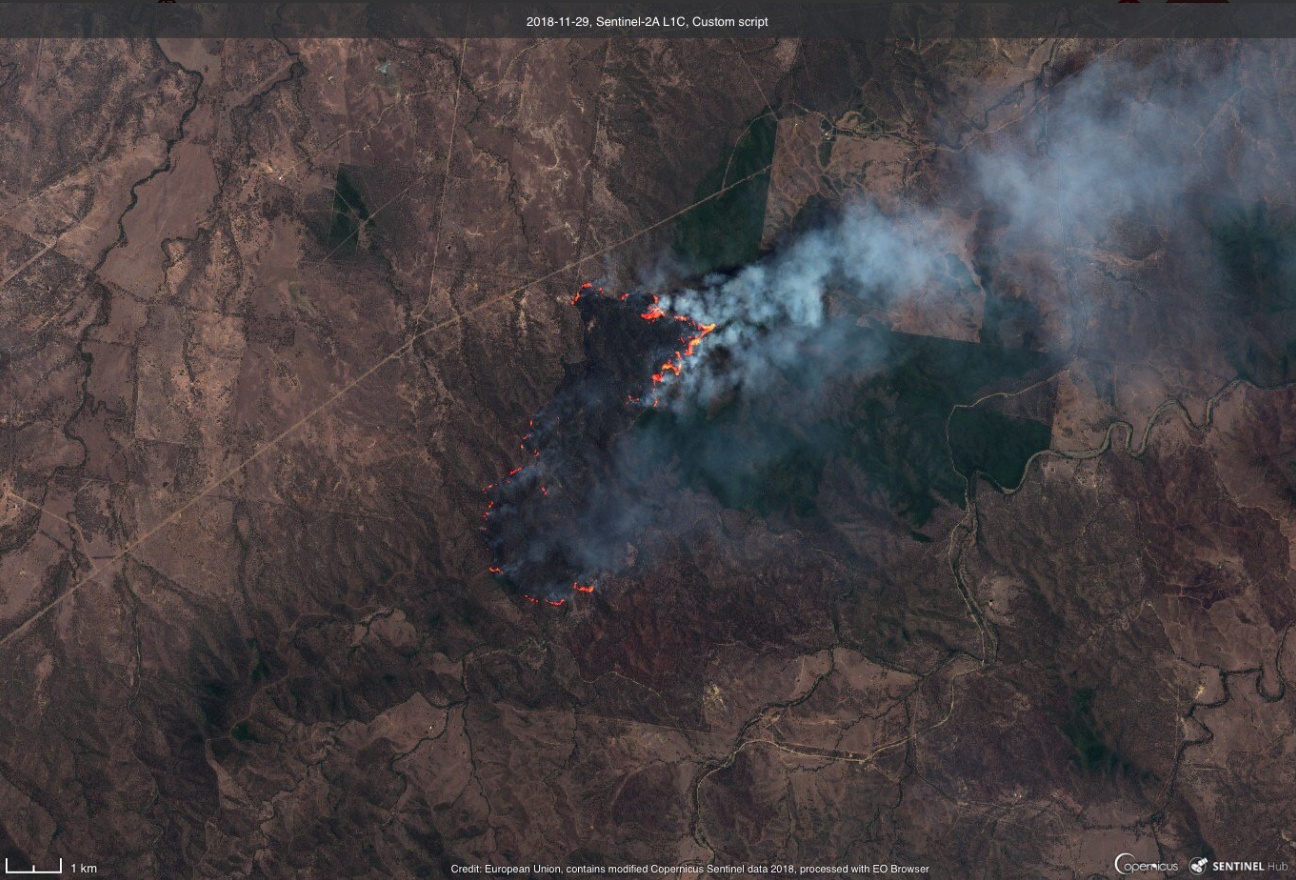 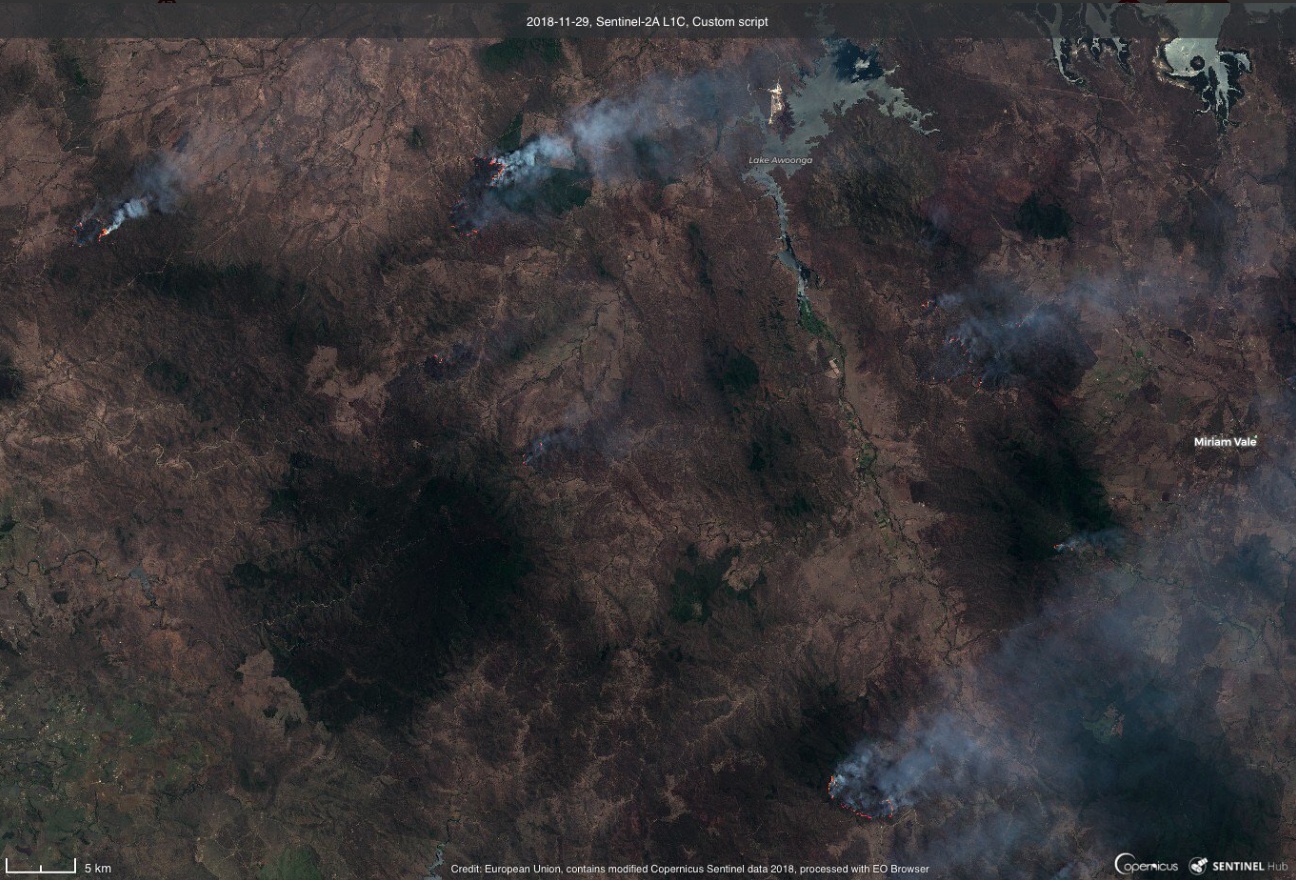 "The fire danger is well below the catastrophic levels of Wednesday but it is still in the very high to severe range and that is serious enough to get fires going again and continue them on," Gunn said.

"There is no significant rainfall expected to stop these fires so while we don’t have the catastrophic conditions, the fires will continue until we can find another way or another to put them out."

Satellite imagery shows what gr8 work the firies did to save Mt Larcom – that spot that’s bordered by burnt-out black on three sides. Shout out to @LandQueensland for the images. @QldFES @CraigCrawfordMP @MarkRyanQLD @LandQueensland pic.twitter.com/V6cJoyvFSv