A rather unusual blocking pattern in place across much of the western hemisphere, from North America across the North Atlantic into Europe, will set the stage for a major nor'easter to form Thursday night, March 1, 2018, off the Mid-Atlantic coast. Strong winds and coastal flooding are major hazards from this event.

A complicated storm evolution known as Miller-B cyclogenesis is forecast to occur Thursday night into Friday, March 2 as the surface low over the Ohio Valley transfers its energy to a rapidly developing low near the Mid-Atlantic coast, NWS warns.

Strong winds and coastal flooding will be the main hazards from this event, with periods of heavy rain near the coast and significant snow for the interior Northeast. High wind watches are now in effect from the central Appalachians to the New Jersey coast for expected wind gusts in excess of 80 km/h (50 mph) at times. 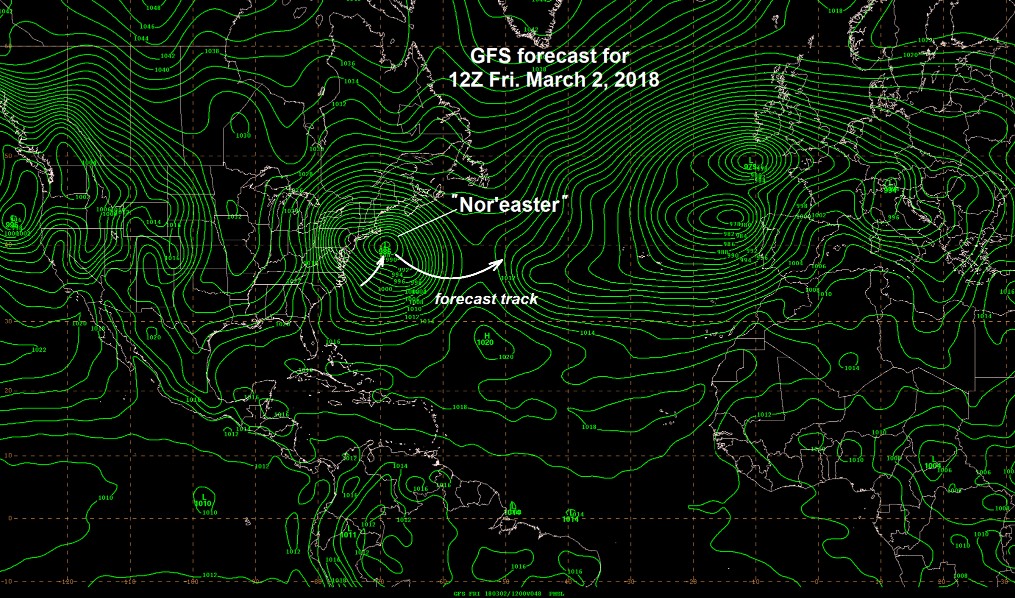 Heavy rain will continue across much of the south-central United States through tonight from Arkansas to the southern Appalachians, with the greatest totals from eastern Arkansas to western Tennessee and northern Mississippi.

A high risk of excessive rainfall is depicted for this region through early Thursday morning, and flash flooding will be a problem given a combination of both heavy rain and antecedent wet ground from prior rainfall.

Onshore flow ahead of the next Pacific storm system coupled with strong cold air advection and orographic lift is expected to result in widespread heavy snow from the Sierras to the Cascades, where local amounts in excess of 60 cm (2 feet) are possible.

Winter storm warnings are in effect for these areas, with snow levels below 6 000 m (2 000 feet) elevation from northern California to Washington state. 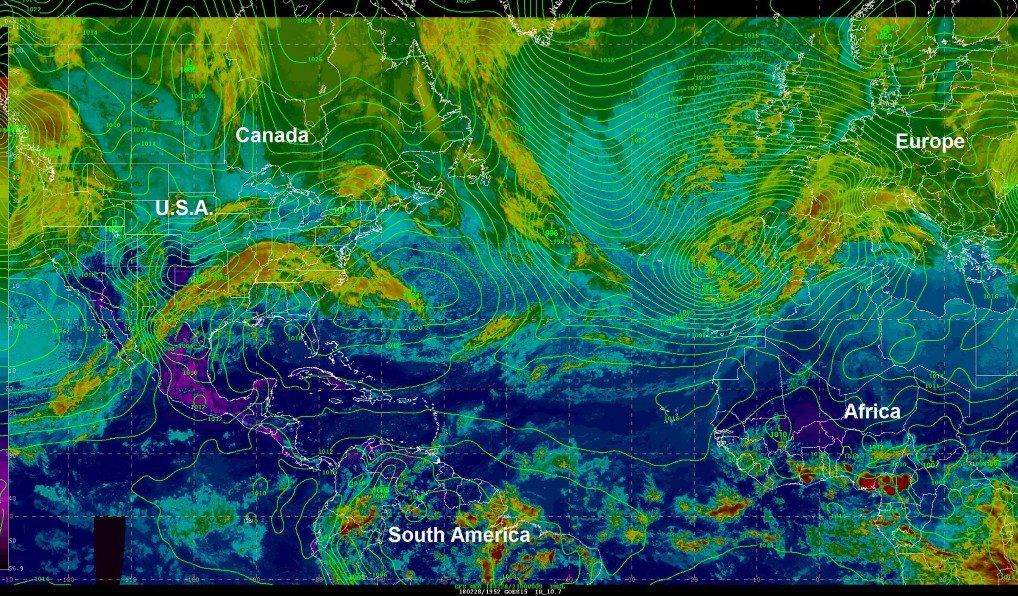 A rather unusual large-scale weather pattern in place across much of the western hemisphere from North America across the North Atlantic into Europe (top figure). This unusual blocking pattern will set the stage for a "Nor'easter" to form Thursday night off the Mid-Atlantic coast with snow well inland in the northeastern U.S. and rain showers and very strong winds near the coast on Friday. Meanwhile, an energetic low pressure system is expected to move into the western U.S. bringing mountain snow and coastal rain. The unusual pattern has recently contributed to a snowstorm in Rome, Italy and very cold weather farther north in Europe. Image credit and caption: NWS