Tropical Cyclone "Joyce" made landfall near Eighty Mile Beach, west of Wallal Downs in Western Australia just before 10:00 UTC on January 12, 2018 as Category 1 cyclone on the Australian tropical cyclone intensity scale. The system is expected to continue weakening as it interacts with the land but heavy rain is still expected to continue along its track over the weekend.

With its center now over land, the system is causing heavy rain and gusty winds over the northwestern parts of Western Australia. Bidyadanga to De Grey, as well as inland parts of the northeast Pilbara including Marble Bar are currently in the Warning Zone.

While the wind threat will ease overnight, heavy rain is expected to continue along Joyce's track over the weekend. Widespread daily rainfall totals of around 50 – 100 mm (2 – 4 inches) are expected, with isolated totals up to 250 mm (10 inches) possible near the center.

People living in areas south of Bidyadanga to Wallal are on Yellow Alert – take action and get ready to shelter. Areas south of Wallal to De Grey and inland to Marble Bar are on Blue Alert – prepare for cyclonic weather and organize an emergency kit including first aid kit, torch, portable radio, spare batteries, food and water. 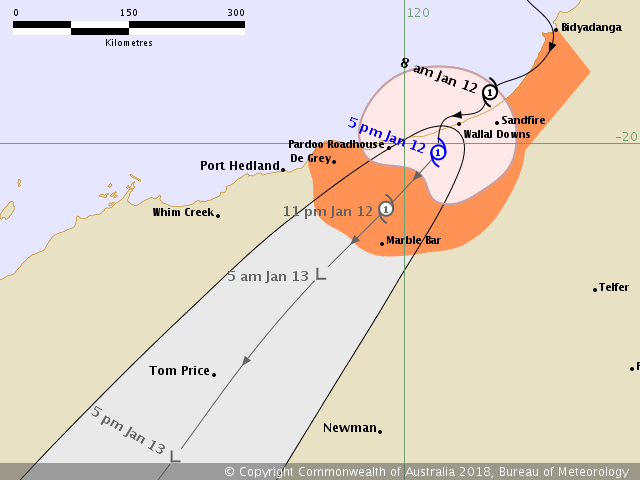 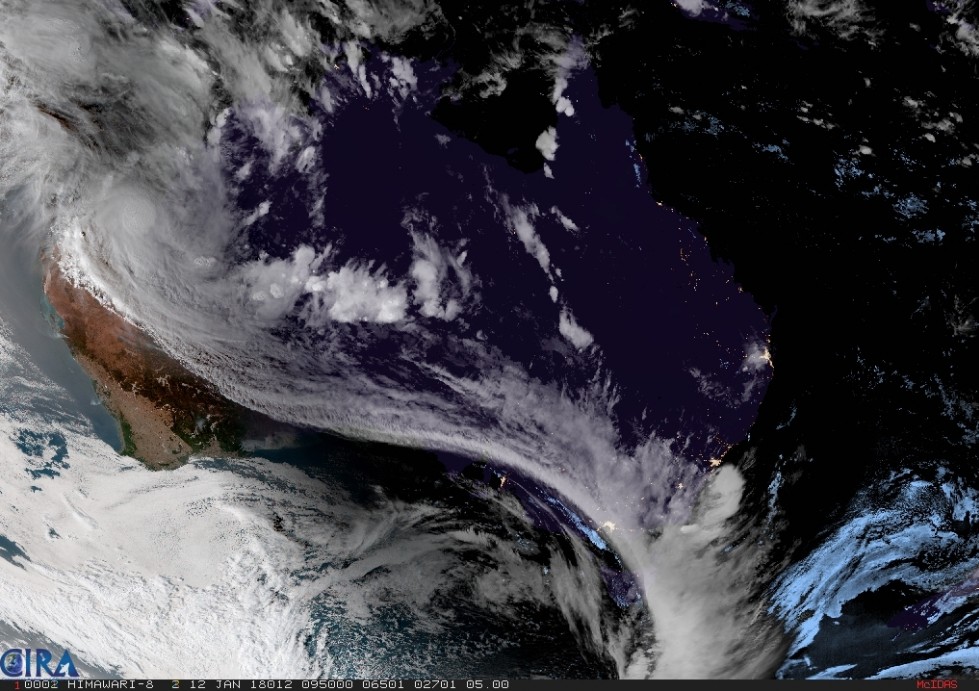 Joyce was moving off the coast of west Kimberly last night (local time) and made a sharp turn to the southeast early this morning. This was a good thing as it ended its strengthening phase and pushed it inland as a Category 1 cyclone.

Although Joyce didn't reach Category 3 before landfall, as expected yesterday, it is important not to underestimate its threat as floods are still very much likely, especially along its track where up to 250 mm (10 inches) of rain is possible.

The Karijini National Park is closed due to forecast heavy rainfall and potential flooding and people are asked to avoid it. The closure is affecting all recreation areas, campsites and access roads until further notice.

Joyce is the 5th named storm of the 2017-18 Australian region tropical cyclone season.