A sharp arctic frontal boundary continues moving eastward towards the eastern U.S. into this weekend impacting travel. Significant freezing rain, accumulating snow, and gusty winds producing wind chills can be expected. Ice jams have been reported from Ohio to Pennsylvania as well as severe traffic problems.

Ahead of the front, heavy rain and warm temperatures may cause flooding while in portions of New England, heavy rain, snowmelt, and ice jams may produce rapid river rises, NWS said. 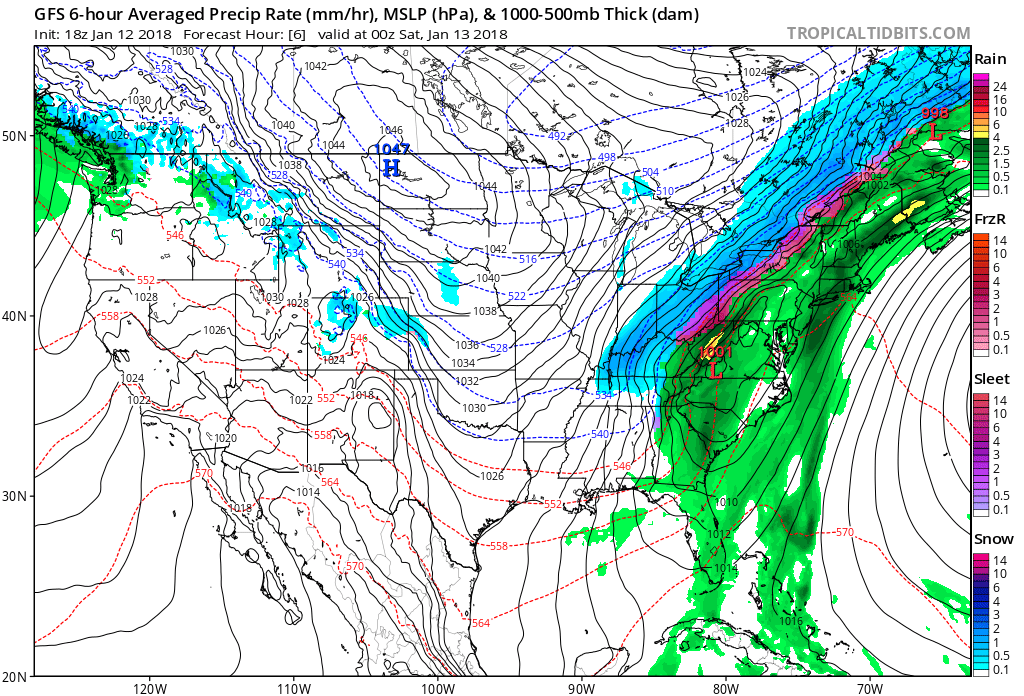 As the front moves east, rain is turning to ice and snow, causing severe traffic problems from Indiana to Tennessee.

Troopers are working a multiple vehicle crash on I-40 at the 120 mm. Please drive safely and slow your speed down for the conditions. @THPJackson pic.twitter.com/Vhup8HjrCq

.@Brittany_Boyer has an update on the storm bringing rain, ice and snow into the northeastern US: https://t.co/wlVjtAHR2P pic.twitter.com/g2ULfSKkcY

Major flood damage was already reported in Pennsylvania today, January 12, 2018, as massive chunks of ice came in from Allegheny River in East Brady, north of Pittsburg.

An ice jam on the Rocky River in Cuyahoga County, Ohio, near Cleveland, is also causing flooding:

An ice jam on the Rocky River in Cuyahoga County, Ohio, near Cleveland is causing flooding: https://t.co/y3pe2cz2yE pic.twitter.com/Hu8JbWAuGe

Rain will also develop over parts of the Northeast to the Central/Southern Appalachians that will end south to north along the East Coast by Saturday evening, NWS forecaster Ziegenfelder noted 20:20 UTC (15:20 EST) today.

The system will also produce snow from parts of the Tennessee Valley into the Lower Great Lakes that will move into the Central Appalachians into the Northeast by Saturday morning. The snow will be heavy at times.

The snow will start to wind down on Saturday afternoon from the Central Appalachians into the Northern Mid-Atlantic and ending over the Northeast by Saturday evening.

In addition, along the rain/snow line, a band of rain/freezing rain/sleet will develop from the Central Appalachians into the Northeast that will move eastward to the Northern Mid-Atlantic into Northern New England by Saturday morning.

The rain/freezing rain/sleet will slowly end, again south to north, over the Northeast by late afternoon on Saturday.

In the wake of the storm, light lake effect snow will develop downwind from Great Lakes winding down by Sunday morning.