Tropical Depression "Urduja" strengthened into a tropical storm, internationally known as Kai-Tak, early Thursday, December 14, 2017, on its way toward Samar Province, the Philippines. The cyclone is already causing floods and landslides, prompting officials to issue evacuation orders. This is the 26th named storm of the 2017 Pacific typhoon season.

The head of PDRRMO, Francisco Dy, said that five houses, made of light materials, were destroyed while another house in Balingasag was destroyed after it was hit by a landslide. Dy added that the city of El Salvador and the towns of Claveria, Opol, and Initao, all in the province’s west coast, were also on the PDRRMO’s watchlist. At this time, there are no reports of injuries.

The main bridge in Balingasag highway was temporarily closed after a crack was noticed and its approach caved in due to rising floodwaters, The Manila Times reported. 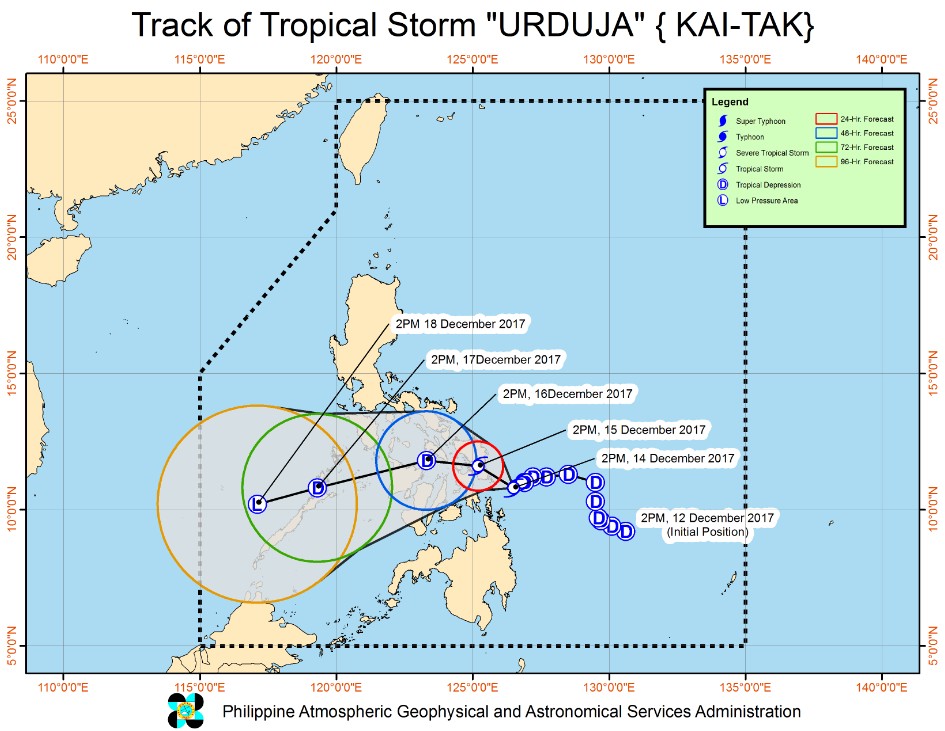 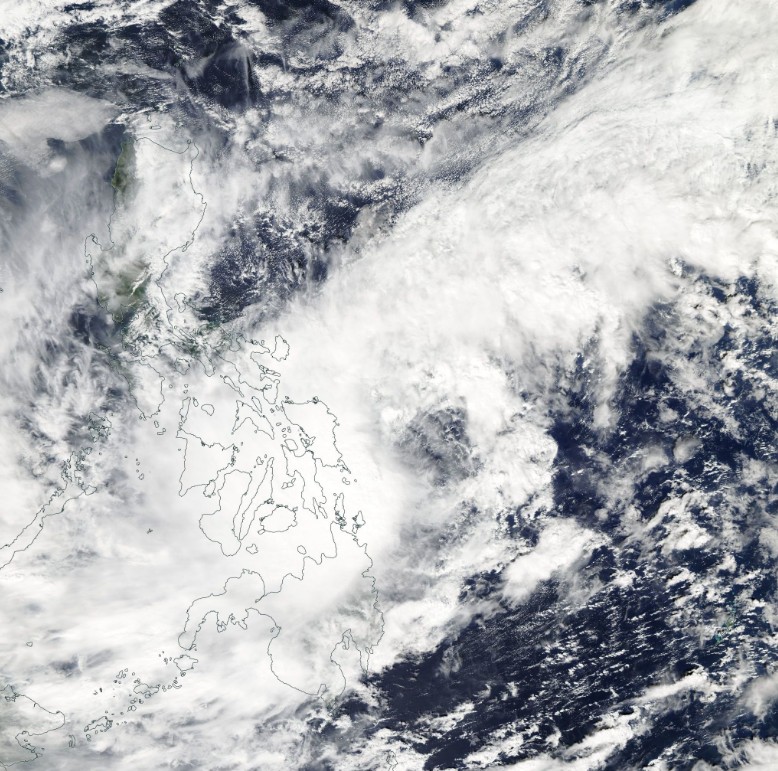 Estimated rainfall amount is from moderate to heavy within the 400 km (250 miles) diameter of the Tropical Storm.

Scattered to widespread rains is expected over the Visayas and the regions of Bicol, Caraga and Northern Mindanao within 24 hours. Residents in these areas are alerted against possible flashfloods and landslides.

Fisherfolks and those with small seacrafts are advised not to venture out over the eastern seaboard of Bicol Region and in the seaboards of Visayas due to rough to very rough seas associated with the approaching Tropical Storm.