A new explosion was detected at Cleveland volcano, Alaska at 13:20 UTC on December 13, 2017. AVO raised the Aviation Color Code back to Orange.

The explosion produced an eruption cloud that was observed in satellite data to an altitude of 6 km (20 000 feet) a.s.l. and moving to the east, the Alaska Volcano Observatory (AVO) reports.

The Aviation Color Code was raised to Orange, just one day after AVO lowered it to Yellow. The Alert Level is at Watch.

The National Weather Service Alaska Aviation Weather Unit has issued an eruption SIGMET warning for aviation up to 6 km (20 000 feet) above sea level. 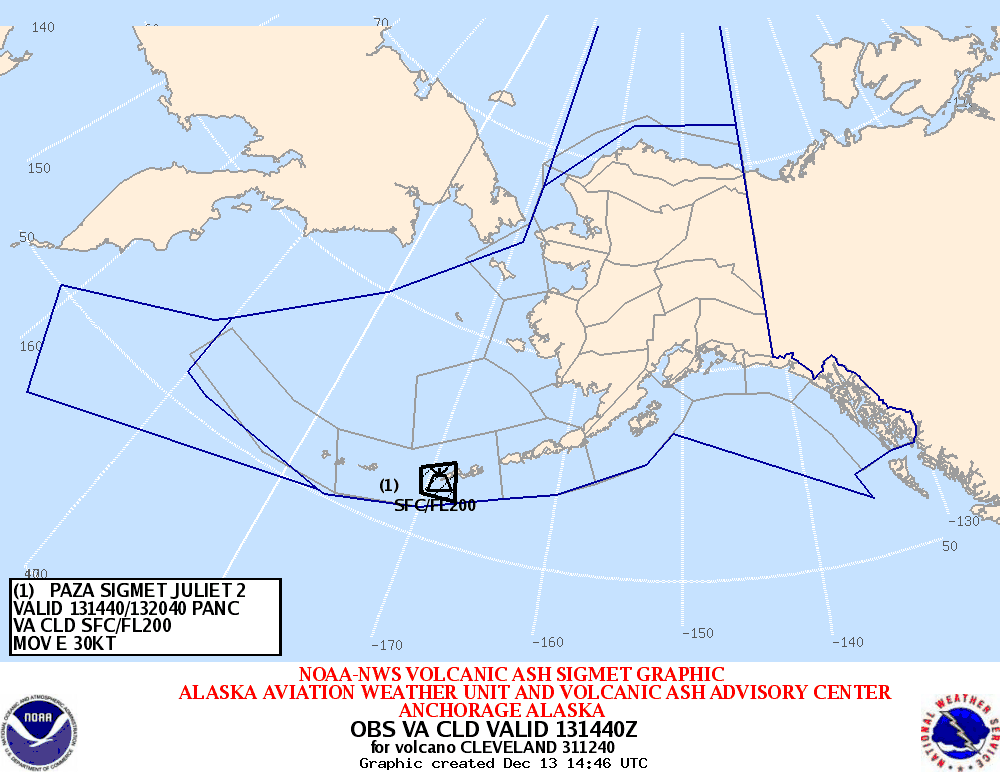 Cleveland volcano is not monitored with a full real-time seismic network and this inhibits AVO's ability to detect unrest that may lead to future activity. The explosive activity is detected using infrasound and limited seismic instruments on the island.

On September 30, 2017, a small lava dome was observed in Cleveland's summit crater. By October 23, it grew to 140 x 110 m (460 x  360 feet) and was partly destroyed by small explosions on October 28 and 30. The last notable activity at the volcano was detected on November 14 when a small explosion occurred from a vent in the middle of the dome.

Numerous large lava flows descend the steep-sided flanks. It is possible that some 18th-to-19th century eruptions attributed to Carlisle should be ascribed to Cleveland (Miller et al., 1998).